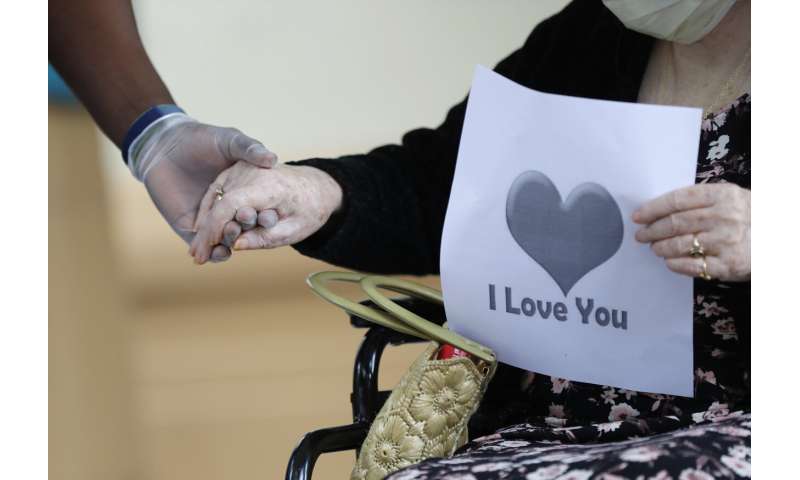 One in five U.S. nursing homes faced severe shortages of protective gear like N95 masks this summer even as the Trump administration pledged to help, according to a study released Thursday that finds facilities in areas hard-hit by COVID-19 also struggled to keep staff.

Significantly, there was no improvement from May to July in the shortages of personal protective equipment, known as PPE, or in the staffing shortfalls, according to the analysis of federal data by academic researchers. The summer has seen the coronavirus surge across the South, and much of the West and Midwest.

People living in long-term care facilities represent less than 1% of the U.S. population, but account for 43% of coronavirus deaths, according to the COVID Tracking Project. Similar glaring disparities have been seen with nursing home residents in other countries, but in the U.S. the issue has become politically sensitive for President Donald Trump, who is trying to hang on to support from older voters in his reelection bid.

“A study that shows that 1 in 5 nursing homes has a severe shortage of PPE and a shortage of staff, and that it did not change from May to July, should be a massive red flag,” said Terry Fulmer, president of the John A. Hartford Foundation, a nonprofit that works to improve care for older adults.

“We have had no coherent federal response,” added Fulmer, who was not involved in the research.

Reacting to the study, the federal Centers for Medicare and Medicaid Services said in a statement that the Trump administration “has provided nursing homes the tools they need to stop the virus’ spread and, ultimately, each nursing home is responsible for its residents’ safety.” CMS sets nursing home standards and pays for much of the care.

An initial federal effort to supply PPE was widely panned by nursing homes, and Grabowski said a new push to supply N95 masks will probably come up short unless it is sustained. There are about 1 million shifts a day total in nursing homes, he said, and that means very large quantities of N95 masks are needed.

Separately, the Trump administration is trying to supply 14,000 nursing homes with fast-test machines to screen residents and staff for COVID-19. That effort is underway, but isn’t scheduled to be completed until the end of September.

“The federal government should really own this issue,” Grabowski said.

Addressing staffing shortages is seen as the more difficult problem, since nursing home pay is low, and with COVID-19, health risks to workers are high. Grabowski said Congress should earmark money to raise the wages of caregivers. But coronavirus legislation is stalled.

Foundation executive Fulmer said she’s forecasting that the staffing shortage in nursing homes will only get worse.