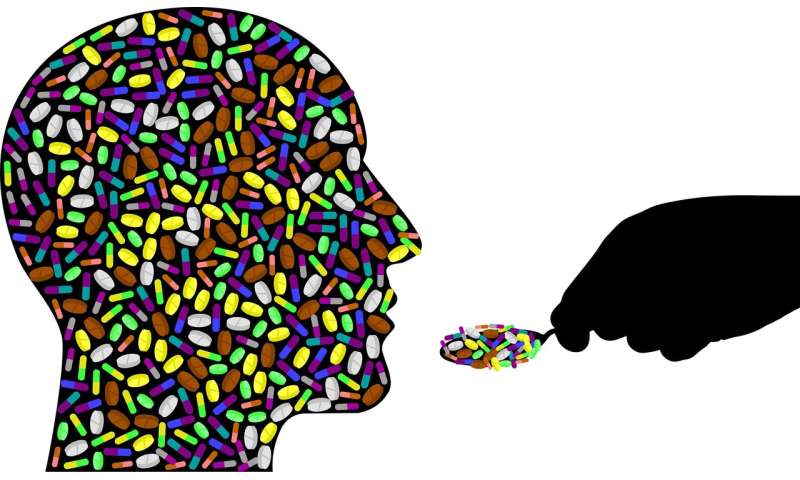 Nearly 10 percent of patients who are prescribed opioid medications following heart surgery will continue to use opioids more than 90 days after the procedure, according to a new study led by researchers in the Perelman School of Medicine at the University of Pennsylvania.

The study, published today in JAMA Cardiology, also revealed a direct link between the dosage of opioids—or oral morphine equivalent (OME)—first prescribed following discharge and the likelihood of persistent opioid use 90 to 180 days after the procedure. Patients who were prescribed more than 300mg OMEs (about 40 tablets of 5mg oxycodone) had a significantly higher risk of prolonged use compared to those who received a lower dosage.

“Our findings support a much-needed shift toward decreasing opioid dosages at discharge and using alternative approaches to reduce the risk for persistent opioid use,” said the study’s lead author Chase Brown, MD, MHSP, a Cardiovascular Surgery resident and research fellow.

Opioids, such as oxycodone, codeine, tramadol and morphine, are routinely prescribed for postoperative pain management in many countries. However, recent research suggests that overprescribing opioid medications for short-term pain may be widespread in the United States. The excessive prescribing can increase the risk of drug diversion, new long-term opioid use and the development of opioid use disorder.

Heart disease is the leading cause of death in the United States, accounting for about one in every four deaths. Every year, hundreds of thousands of people undergo heart surgery to treat conditions of the heart. While recent studies revealed that persistent opioid use occurs in 3 to 10 percent of patients after minor and major general surgery procedures, there is limited large-scale research that examines this issue among cardiac surgery patients in the United States.

In this study, the Penn team sought to determine the proportion of opioid-naïve patients who develop persistent opioid use after heart surgery and to investigate the link between the dosage first prescribed and the patient’s risk of prolonged use. Using a national database, the team examined data of 25,673 patients who underwent coronary artery bypass grafting—the most common type of heart surgery—or heart valve repair or replacement between 2004 and 2016.

More than half of the patients—about 60 percent of CABG patients and 53 percent of valve surgery patients—filled an opioid prescription within 14 days of the surgery. Researchers found that 9.6 percent of the cardiac surgery patients continued to fill prescriptions between three and six months after surgery, with the refill rate slightly higher among CABG patients. In fact, nearly 9 percent of CABG patients continued to fill an opioid prescription 180 to 270 days after surgery. The team also found a higher incidence rate among women, younger patients and those with preexisting medical conditions, such as congestive heart failure, chronic lung disease, diabetes and kidney failure.

To examine whether the results would apply to patients considered “low risk,” researchers excluded patients who had preoperative use of benzodiazepines, muscle relaxants, alcoholism, chronic pain, drug use and those discharged to a facility after cardiac surgery. Researchers found a similar incidence rate among the low-risk cohort, with 8 percent of the patients continuing to use opioids between 90 and 180 days of their discharge.