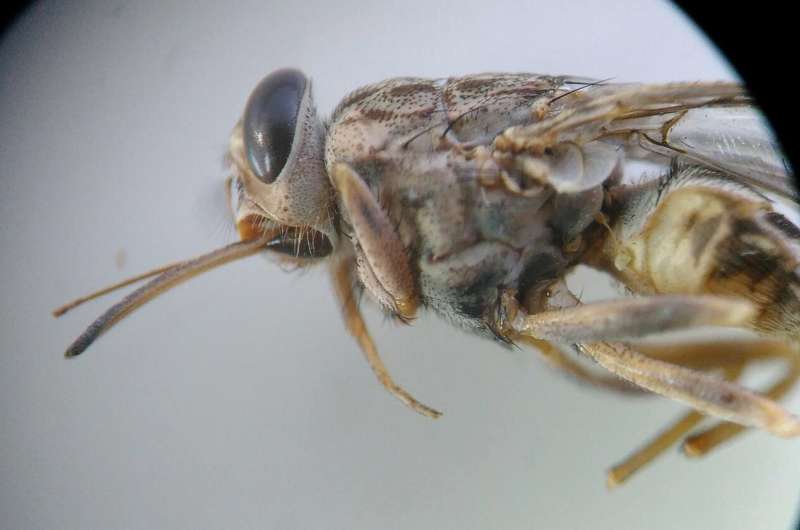 Developing reasonably priced, easy-to-use diagnosis kits that can swiftly and accurately detect infectious diseases in developing countries has become the main mission of Chie Nakajima and Kyoko Hayashida, as they seek to alleviate some of the hardship endured by poverty-stricken people.

“We have developed such kits for patients in remote regions where there is no electricity or running water, let alone expensive medical equipment needed to make a diagnosis,” said Nakajima, whose research focuses on tuberculosis (TB). “Poverty provides the conditions for TB to spread. If developing countries become more affluent and can provide better nutrition for people, this disease can be eradicated. We are simply helping patients until their economic circumstances improve.”

Nakajima is developing diagnosis kits to detect TB, which causes over 4,000 deaths daily worldwide. Her main target now is multidrug-resistant (MDR) TB that does not respond to at least isoniazid and rifampin, two powerful anti-TB medications. Multidrug-resistance emerges due to the mismanagement of TB treatment and person-to-person transmission. MDR-TB accounts for 3.3 percent of all new cases and has been reported around the world.

Hayashida, meanwhile, is developing a diagnosis kit to detect human African trypanosomiasis (HAT), also known as sleeping sickness. This disease, which is endemic in 36 sub-Saharan African countries, is caused by protozoan parasites belonging to the genus Trypanosoma and transmitted by the tsetse fly. The fly acquires its infection from infected humans or animals.

In the first stage of the disease, patients develop symptoms such as a fever, headache and joint pains one to three weeks after being bitten by the tsetse fly. Once the parasite crosses the blood-brain barrier and infects the central nervous system, the disease enters the second stage, triggering mental disorientation, neurologic problems, and eventually death if not treated.

“This is a critical moment if we want to eradicate HAT,” Hayashida said. “It is important to identify and treat hidden cases as early as possible because the treatment method for the initial stage has been established.” 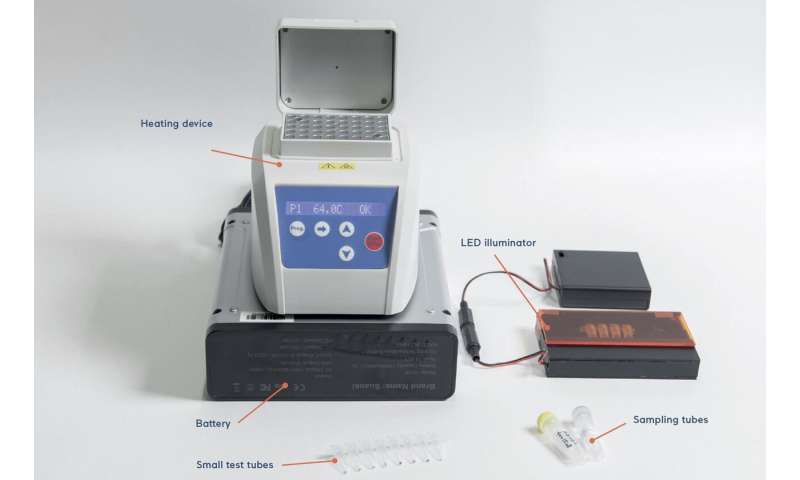 Hayashida often visits Zambia to conduct research on HAT. Patients tend to wait until their symptoms worsen before seeking medical help. Molecular diagnosis has been developed to detect early-stage infection, but this is not easily affordable for impoverished communities, Hayashida said. Such a system also requires complicated sample preparation steps at a well-equipped laboratory, which developing countries often lack. As a consequence, most HAT patients are misdiagnosed as having malaria and receive treatment for the wrong disease.

To address these problems, Hayashida and Nakajima have developed a new diagnostic kit based on a loop-mediated isothermal amplification (LAMP) system, a nucleic acid amplification test method originally developed by Eiken Chemical Co., Ltd. “With our new system called CZC-LAMP, we only need a drop of blood to test for the infection. It costs less than one U.S. dollar per test and the result can be obtained within one hour without the use of sophisticated equipment,” says Hayashida.

They substantially modified the LAMP system to allow on-site diagnosis even in remote areas. The first major improvement was to dry and stabilize reagents in a single tube by incorporating trehalose, which locks up necessary enzymes and molecules in “glass” when it dries. This prolongs the kit’s shelf life at ambient temperature, so it does not require a cold chain to stay in a functional state. Hayashida also utilized a bio inkjet printer to semi-automatically produce the dry LAMP.

To enable a HAT diagnosis in local clinics or villages in endemic areas, the researchers simplified the diagnostic procedure. Now, DNA or RNA can be amplified directly from detergent-lysed blood samples. The sample is transferred into the dried CZC-LAMP tube and incubated for 45 minutes at 60°C using a portable battery-supplied heat block. The sample is then checked with a portable reaction detector, or a hand-made LED illuminator, which is suitable for field use. 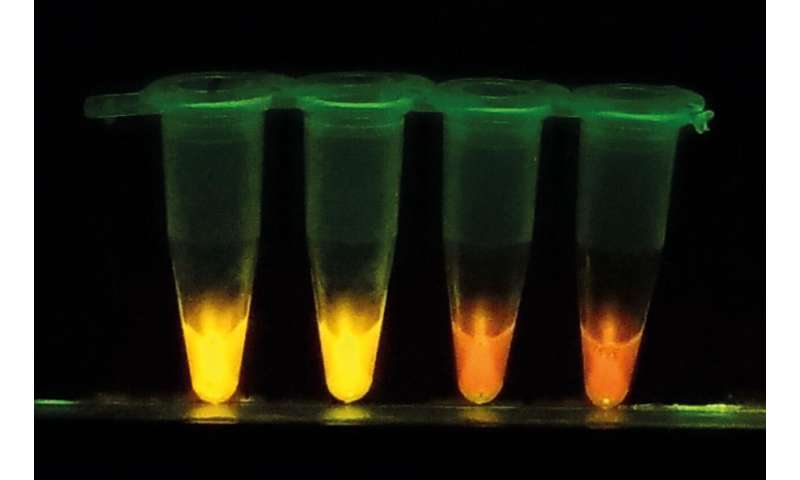 Braving risk of infection to conduct research in Zambia

The kits developed by researchers at Hokkaido University’s Research Center for Zoonosis Control (CZC) can be tailored to various emerging and reemerging infections caused by viruses, bacteria and parasites. The kits can be made disease-specific by changing the LAMP primers. A primer is a short nucleic acid sequence that provides a starting point for DNA synthesis. “It is, however, difficult to find optimal primers, so repeated experiments are required to find the most suitable ones,” Hayashida explains.

She continued, “While conducting research on people with the disease, we also conduct vector and animal surveillance. By doing molecular testing in the veterinary domain, we are trying to elucidate how the parasite Trypanosoma spreads in the environment, and which wild animals are infected with the parasite.” The parasite does not harm wild animals, but afflicts some domestic animals that came from Europe.

Hayashida often goes to remote areas to collect thousands of tsetse flies. Her aim is to compile maps and locate risk areas where tsetse flies are infected with the parasite. Hayashida is often bitten by the flies, but remains undaunted. “Not all flies are infected, but even if I get bitten by one with the parasite, I can use our kit to make a prompt diagnosis,” she said. 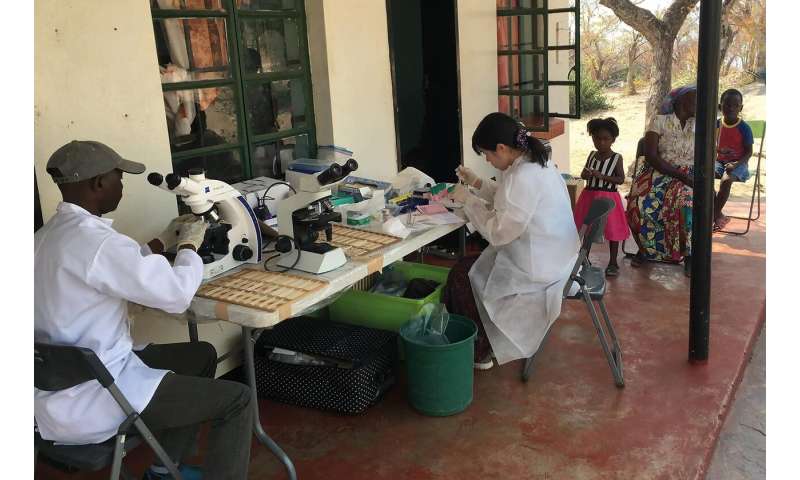 According to the World Health Organization (WHO), there are 10 million new cases of TB every year, claiming the lives of 1.4 million people. High TB incidence rates are found in African and Asian nations. TB is essentially a human disease, but animals such as elephants and monkeys can be infected with strains that originated in humans.

“The bacteria proliferate very slowly,” Nakajima said. “TB can be cured with the long-term administration of medicines, but impoverished people tend to quit taking the drugs midway through the six months required. That enables the bacteria to develop drug resistance.”

There is no gene exchange between bacterial cells in Mycobacterium tuberculosis (MTB), so MTB obtains drug resistance when a point mutation in the genes causes a structural change in the target molecule. Bacteria with “low fitness cost” mutations will survive, Nakajima said. It is, therefore, important to accurately diagnose patients at an early stage to prevent further person-to-person infection.

This drove Nakajima to develop a LAMP system to detect MTB and an affordable, easy-to-use DNA array for spoligotyping, a polymerase chain reaction (PCR)-based method for simultaneous detection and typing of MTB strains. While conventional spoligotyping methods are costly and complicated, the kit she developed costs only three to four U.S. dollars and is simple to use. Moreover, Nakajima developed a method to detect isoniazid-resistant MTB using an easy-to-use printed-array strip (PAS) through a joint research project with Tohoku Bio Array Corporation, as well as a PCR method to distinguish “Modern Beijing” MTB, a multi-drug resistant strain spreading rapidly in some Asian countries. 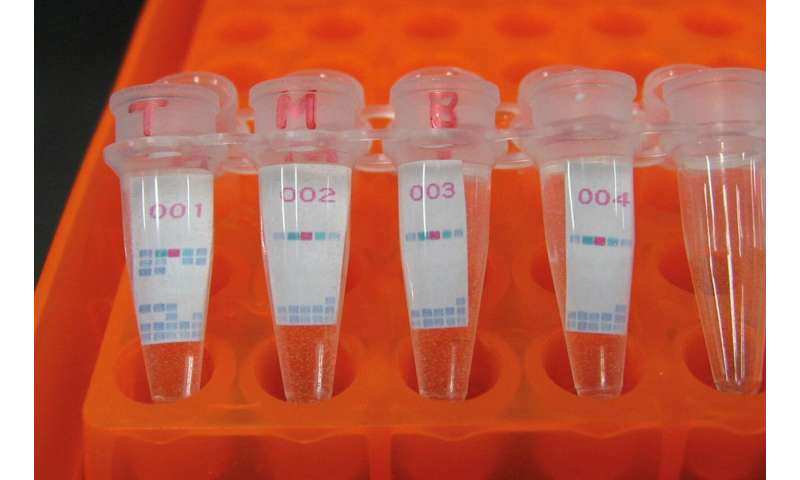 “By distinguishing dangerous strains from less serious strains, we will be able to determine which patient should be treated first, as the capacity of health-care facilities are usually limited in high TB-burden areas.” Nakajima said, stressing the importance of controlling person-to-person transmission.