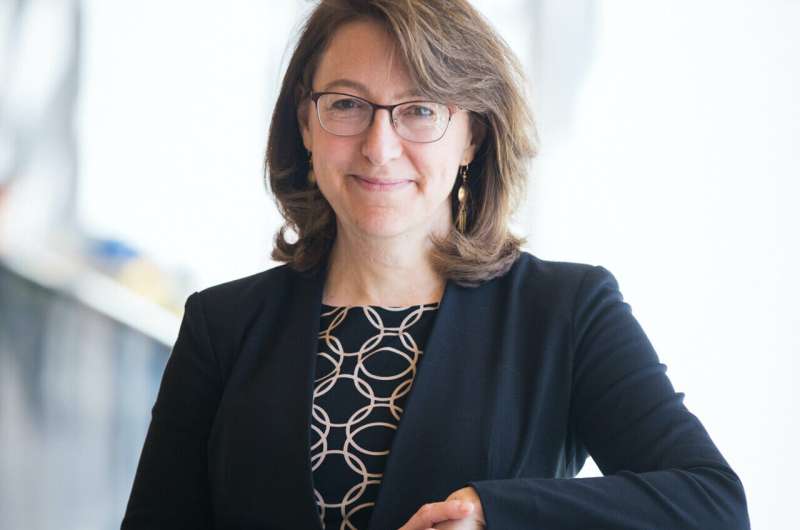 Irritable bowel syndrome (IBS) affects up to 10% of the U.S. population and costs upwards of $1 billion a year in medical bills and lost productivity, according to Penn clinical psychologist Melissa Hunt, who has spent 15 years studying the condition.

“It’s an incredibly costly disorder that can be incredibly impairing to people’s quality of life,” she says.

Yet typical treatments—often called “treatment as usual” by the field—don’t tend to succeed. They usually ask people to adopt restrictive diets, keep symptom diaries, and reduce stress. They also incorporate over-the-counter laxatives and prescription medications called antispasmodics intended to help with cramping. “That kind of treatment is aimed at reducing symptoms,” Hunt says. “Nothing is actually targeting the underlying cause of the disorder.”

A new mobile digital therapeutic, Zemedy, aims to flip the script. It offers resources centered around cognitive behavioral therapy (CBT) that focus on gut-brain miscommunication and hypersensitivity around gut sensations happening for someone with IBS.

To find out whether that alternative treatment was effective, Hunt and colleagues conducted a randomized control trial. They found that using version 1.0 of the app for eight weeks led to improvements in health-related quality of life, fewer gastrointestinal (GI) symptoms, and less anxiety about visceral sensations, benefits the participants retained three months later.

The researchers will publish their findings in an upcoming issue of the journal JMIR mHealth uHealth, a pre-print of which is available currently.

The benefits of CBT

Cognitive behavioral therapy focuses on changing the thought process and behavior around a particular ailment. In the case of IBS, that could mean relaxation training and cognitive reframing or de-catastrophizing, for instance, or exposure therapy around foods and situations feared for their potential to cause GI distress.

These treatments have proven effective for IBS because the disorder likely results from a miscommunication between the central nervous system, which controls the brain, and the enteric nervous system, which orchestrates GI behavior, coupled with something called dysbiosis, or a change in the gut microbiome.

“All of this leads to a terrible thing called visceral hypersensitivity, which is where people become much more aware of sensations in the gut, sensations most people wouldn’t notice,” Hunt says. “The discomfort gets massively amplified in the brain, which then responds with stress hormones that exacerbate issues with the gut and can cause diarrhea or constipation. But CBT changes how the brain processes stress.”

As a clinician who has treated dozens of IBS patients, Hunt understands just how well this can work. She also wrote a book on the subject, “Reclaim Your Life from IBS: A Scientifically Proven Plan for Relief Without Restrictive Diets,” which became the basis for the strategy in the app.

The app itself combines education, relaxation techniques, tools to overcome an aversion to physical activity, an interactive CBT skills program, and information about healthful eating. “The idea is to change how people think about and react to the sensations in their gut and to decrease avoidance behavior by using graduated exposure therapy. When we do that, visceral hypersensitivity goes way down,” Hunt says. “People can actually live life again and eat whatever they want—a much better solution long term.”

To test the app, Hunt and colleagues randomly split 121 participants into two groups: an immediate treatment group, which received a link to download the app and encouragement to begin working through its 10 modules right away, and a waitlist control group, which was told it would receive access to the app in eight weeks. All participants completed a baseline survey questionnaire.

Four weeks later, participants in both groups received follow-up communication that encouraged the treatment group to use the resources provided and offered the control group general encouragement, along with a reminder that they were still enrolled in the study and notification that they would receive follow-up questionnaires in a month’s time.

At the eight-week mark, all participants completed the same survey they took initially, and the waitlist group received access to the app. To ensure apples-to-apples data, this group—the original control arm of the study—completed another survey after using the app for eight weeks. Three months after participants completed their active treatment phase, they filled out one final survey.

The results showed that the app was effective at helping those who suffer from IBS. “The treatment group improved significantly compared to the control group,” Hunt says. “Once the control group crossed over and started using the app, they saw significant benefit, too. And we had maintenance of gains for everyone.”

Though the researchers acknowledge some limitations to the current study, including lack of a placebo control condition and lack of an explicit physician confirmation of the IBS diagnosis, they believe the findings point to the need for treatment options that don’t require restrictive diets or hard-to-maintain lifestyle changes. CBT is a better long-term fix, Hunt says, and she sees technology like this as a way to get that treatment into people’s hands.

“What I am trying to do, what I am really motivated to do, is to disseminate empirically supported, evidence-based treatment for people with GI distress in a way that is accessible and affordable to as wide a range of people as possible,” Hunt says. “We need to be turning to technology and to novel ways of treatment to answer the incredible level of need.”