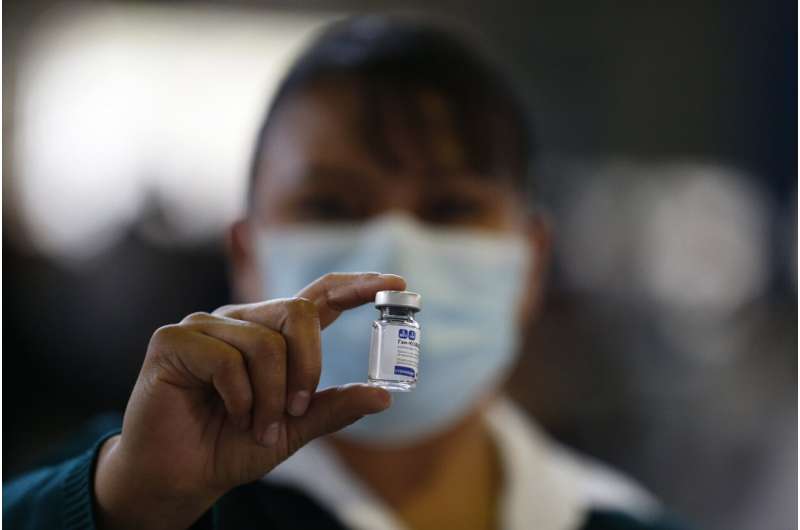 As many as one-third of Mexicans may have been exposed to the coronavirus by the end of 2020, according to a study of random blood samples taken between February and December.

Antibodies were found in 33.5% of samples from blood banks and medical laboratory tests in Mexico unrelated to COVID-19. The levels varied according to regions; the highest exposure rate was in the northwest, from Baja California to Chihuahua, at 40.7%. The lowest was in western states, at 26.6%. In general, areas along the U.S. border had higher rates.

Victor Borja of the Mexican Social Security Institute said the rate may have risen by as much as 10 percentage points on average nationwide following the steep upsurge in cases in January. But even if the exposure rate is currently as much as 43.5 %, Borja stressed the country was still far from herd immunity.

Authorities have suggested that with almost 350,000 virus-related deaths, and about 40 million Mexicans exposed to the virus, the mortality rate could be just under 1 percent.

Moreover, the study suggested about 86% of those infected had developed effective antibodies, but that around 14% hadn’t and could be re-infected.

Mexican authorities also announced they detected three cases of the South African variant on Tuesday. The U.K. and Brazilian variants have already been detected in the country, but Mexico does relatively little variant testing.

The country has received about 22.6 million vaccine doses and given almost 17 million shots, covering over 12 million people, some of whom have gotten two doses. That remains a small amount for a country of 126 million. Mexico has vaccinated many of its senior citizens and plans to begin vaccinating people between the ages of 50 and 59 in May.

Assistant Health Secretary Hugo López-Gatell said Mexico will soon start receiving Pfizer vaccines from U.S. plants, rather than from plants in Europe. That will make the logistics of importing the shots easier.

There have been over 216,000 test-confirmed deaths related to COVID-19, but Mexico does so little testing that many people die without having been tested.