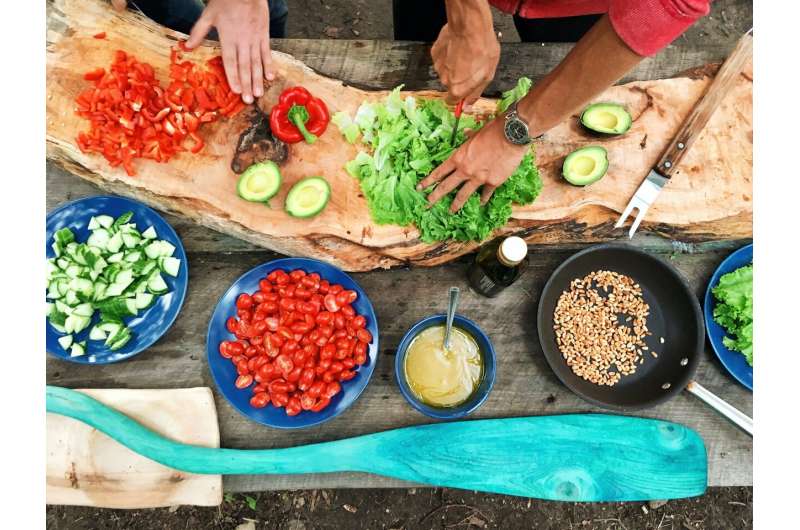 Food preparation (both actively preparing food yourself as well as watching others) can lead to eating more, a new study in the journal Appetite reports. Researchers believe this could lead to weight gain or—depending on an individual’s diet—could be a useful way to get people to eat more healthily.

During this unique study, a team of researchers led by Professor Jane Ogden from the University of Surrey investigated the impact of actively preparing or watching others prepare food (e.g., on a cooking show) versus distraction away from this focus. Researchers sought to understand how this may affect the amount of food consumed and influence the desire to continue eating.

To investigate this further, eighty female participants were recruited and assigned to one of four groups: active food preparation (preparing a cheese wrap within 10 minutes), video food preparation (watching a video of a researcher preparing a cheese wrap), distraction (undertaking a 10-minute coloring task) and a control group. All groups were then requested to eat the wrap.

Researchers measured how much of the wrap each participant ate and assessed their desire to continue eating (questions included “I could eat now,” “I do not want to eat’ and “I am thinking about food’). It was found that those who had either actively prepared the wrap or watched someone else do so consumed more and reported a greater desire to eat than those in the distraction group.

Jane Ogden, Professor of Health Psychology at the University of Surrey, said: “We found that actively preparing food yourself or watching someone else prepare food can lead to increased feelings of hunger and to eating more.