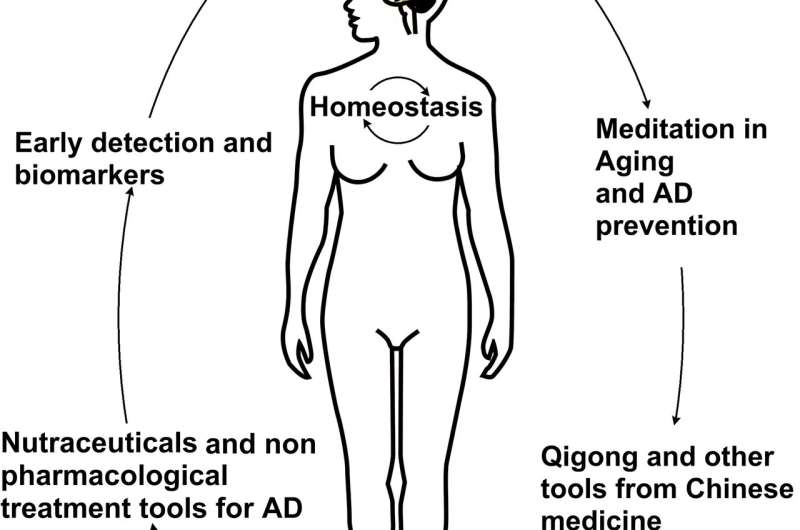 This new pioneering studyby Prof. Ricardo Maccioni and coworkers of the International Center for Biomedicine, “New Frontiers in the prevention, diagnosis and treatment of Alzheimer´s disease” was published in the special issue of Latin American investigators of the Journal of Alzheimer’s Disease (JAD). This supports a growing body of research on the Alzheimer’s prevention value of an integrated approach using daily exercise, nutraceuticals, oriental practices such as QiGong along with meditation, and social life. These elements of a healthy style of life are supplemented with the use of reliable biomarkers for early detection of this disease that allows the detection of Alzheimer up to 20 years before symptomatic phase of the disease.

One of the major puzzles in medical research and public health systems worldwide is Alzheimer’s disease (AD), reaching nowadays a prevalence of nearly 50 million people. AD is a multifactorial brain disorder characterized by progressive cognitive impairment, apathy, and mood disorders. The main risk of AD is aging. Studies suggest that AD is a break from normal aging with changes in the powerful functional capacities of neurons as well as in the mechanisms of neuronal protection. There are factors that are determinants of the functional losses during aging, an important part is played by epigenetic components. Thus, the action of genes that confer susceptibility to AD can be mitigated with healthy lifestyles, physical exercise, balanced nutrition, avoiding molecules harmful to health and drugs. An activesociallife and practicing activity during the latter years of aging, to achieve health in advanced age.