Empathy is a collaborative effort. Asian Americans can no longer afford to be silent. 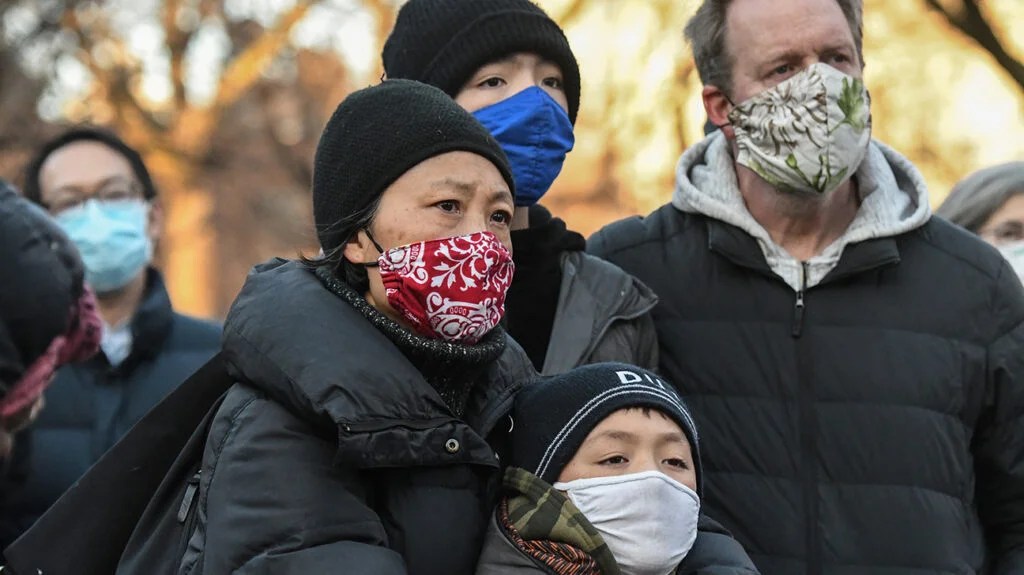 This op-ed was written for Medical News Today by Dr. Yenting Chen, who is a board certified emergency medicine physician.

I was a young child when I first saw snow. My parents, who were quite poor at the time, saved up for more than a year to bring their young family to a simple motel in the Southern California mountains.

After a day of playing in the fine powder, my little sisters and I were freezing.

My parents brought us to a roaring fireplace at a nearby public lodge to warm up. Within a few minutes, we were surrounded by a group of adults dressed in fashionable skiwear.

They told us quite plainly that we were not welcome, that this place was not meant for “people like you.”

I caught a final glimpse of that warm hearth as we retreated into the cold night, and I heard my mother bitterly stating the obvious: This happened because we are Asian.

Our ugly experience of racism is, unfortunately, universally common among people of color in the United States. What may be more unique is that we never spoke of it afterward.

Even to this day, I have never discussed this incident or the many others that followed. Not even with my closest friends.

The reluctance of Asian Americans to speak about anti-Asian racism must be considered within a broader cultural context. Stoicism is a highly prized characteristic in many Asian cultures.

Among Sinocentric cultures, there exists the concept of 吃苦 (chīkǔ). This principle — which, according to Iris Chen, the author of the blog “Untigering,” translates as “to eat bitterness” — values the ability to accept suffering as a virtue.

More strikingly, in a 2014 study of cancer patients, Asians were found to be particularly hesitant to complain about physical pain, resulting in inadequate medication treatment.

Within my own field of emergency medicine, there is a well-known adage that if an elderly Asian patient is sick enough to be in the emergency department, they must have something that might be truly fatal.

In addition to this cultural predilection for silent suffering, Asians have been reluctant to speak out against anti-Asian racism because of the insidious model minority myth.

They fear that giving voice to their experiences will be met with derisive suggestions to “stop being so sensitive” or comparisons to the very real traumatic effects of systemic racism on other communities of color.

The problem with eating bitterness is that it runs counter to the long and storied American tradition of using activism as a vehicle for change. This has undermined the dogged efforts of multiple generations of Asian American activists to humanize the Asian American experience.

In fact, to this day, cultural depictions of Asian Americans continue to serve to dehumanize our community as a whole, to turn our suffering and even deaths into a punchline.

Unfortunately, the dehumanization of Asian Americans is more than just about jokes. It has also led to the violent scapegoating of Asians throughout our country’s history.

A direct lineage of hate can be drawn from the anti-Chinese purges and lynchings of the late 19th and early 20th centuries, to the Chinese Exclusion Act of 1882, to the internment of Japanese Americans during World War II, to the murder of Vincent Chin, to the 2012 mass shooting at a Sikh temple in Wisconsin, and now to the recent mass murder of predominantly Asian women at Atlanta-area Asian-owned spas.

As our Black, Latinx, Muslim, Jewish, and LGBTQIA+ communities know all too well, the slow burn of intolerance can be easily brought to a violent boil when fueled by hateful rhetoric.

Since the outbreak of the COVID-19 pandemic, Asian Americans are once again the scapegoats of convenience. There has been a direct correlation between anti-Asian bias and racist rhetoric, such as the “China virus” or “Kung-flu,” used by media outlets and government leaders.

What followed was more than 1 year of a continuous stream of videos and news stories of Asians being verbally terrorized, physically assaulted, and sometimes murdered.

The burden of this rising tide of anti-Asian violence has fallen most heavily on the most vulnerable in the community: the elderly, the poor, the linguistically isolated, and women.

Like a gathering storm, the wind has been sown in the distance, and now we are reaping the whirlwind close to home.

In the last few days, as an emergency medicine physician, I have taken care of a young Asian man in critical condition who was shot in the chest, a middle-aged Asian woman who was pushed to the ground and sprayed with a chemical, and a Japanese American man who sat in stoic silence as I repaired his slashed face.

I have had conversations with my own parents, who are afraid to go for walks outside after an elderly Asian man was assaulted near where I grew up.

As a practitioner of evidence-based medicine, I must first examine my experiences as anecdotal observations. However, these personal observations are correlated with data showing an alarming spike in anti-Asian violence both nationally and globally.

Data compiled by California State University’s Center for the Study of Hate and Extremism reveals that anti-Asian hate crimes surged by 149%, while overall hate crime dropped by 7%.

To truly stop anti-Asian hate, we must reverse the long-standing dehumanization of Asian people and put an end to the apathy with which our society views the Asian American experience.

Fortunately, the opposite of apathy is an ability well within our capabilities as human beings: empathy.

Although we are all born with the capacity for empathy, it does take work to renew and replenish our empathetic well.

More importantly, empathy is not just an individual practice. It is a critically collaborative process. All parties involved must partner with each other toward reciprocating true empathetic communication.

True collaborative empathy draws from our diversity of experiences, a focus on building trust, and an investment in the success of others. Most importantly, however, it begins with not only listening but also speaking honestly for oneself.

This type of empathy is possible only if Asian Americans are able to enter the cultural narrative as people deserving of our full humanity.

In light of this, Asian Americans must no longer suffer in stoic silence. We must first offer our own voices so that others may amplify them.

I applaud the chorus of Asian voices that have recently risen to meet our current crisis. As difficult as it may have been initially, I now offer my own perspective as well.

We need to feel comfortable sharing our own painful personal stories. This is how communication begins. Otherwise, we will continue to be banished into the cold snowy night, far from the warmth of the communal fire of humanity.