RNA interference (RNAi) is a genetic mechanism which uses small interfering RNAs (siRNAs) to target and neutralize messenger RNA (mRNA). This results in suppression of the target gene being expressed. 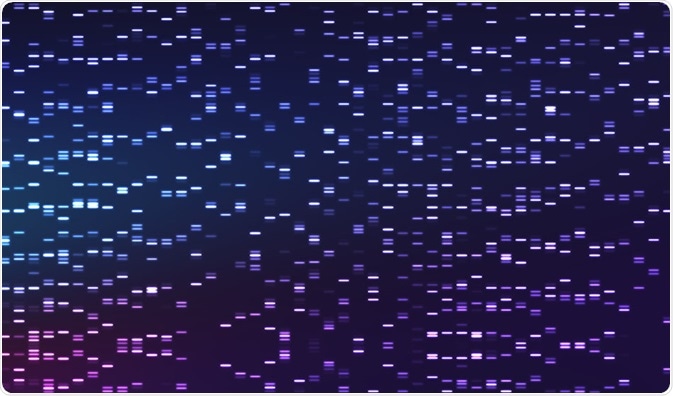 RNAi is a natural process that was first characterized in full by Andrew Fire and Craig Mellow in 1998. Since then, RNAi has become a workhorse method for studies of individual gene function. More recently, RNAi has been deployed at the genome-wide level, allowing researchers to assess every gene in a genome for its role in a particular cellular process.

One significant study involving genome-wide RNAi was published in 2014 and describes high-throughput phenotyping of Trypanosoma brucei; the organism that causes sleeping sickness. Previous genetic screens had been carried out on the organism, but had left at least 50% of the genes without a functional assignment.

The advantages of the method were that experimental conditions could be normalized across all cells in the screen using a single culture flask, and the use of a DNA sequence to report relative population density avoids the problems of contamination and mislabeling.

Genome-wide screens typically generate many results in a single experiment, revealing hundreds of significant functions or associations. In the 2014 study, genome-wide RNAi allowed the researchers to develop a protocol for decoding anti-trypanosomal drug efficacy and resistance, and identify cohorts of genes involved in the quorum sensing signaling pathway of the organism.

However, in clinical trials, some patients are unresponsive to these drugs. If the factors contributing to HDAC resistance could be targeted by another drug, the combination might improve response to HDAC inhibitors.

In one study, researchers used human tumor cells with acquired resistance to the HDAC inhibitor, suberanilohydroxamic acid,  and carried out a genome-wide RNAi screen. The screen identified the zinc finger protein GLI1 as a novel gene for resistance to vorinostat.

Knockdown of GLI1 with vorinostat treatment successfully shifted the balance of pro-survival and pro-apoptotic genes toward apoptosis, indicating a promising strategy for combination drug development.

Glioblastoma multiforme (GBM), a cancer of the brain, is one of the more lethal and difficult to treat forms of cancer. Scientists believe a subpopulation of cells called GBM stem-like cells (GBM-SCs) play an important role in initiation and maintenance of the tumor as it grows.

These cells renew themselves and differentiate into cell lineages like neurons and astrocyte-like cells. GBM-SCs are also more resistant to chemotherapy and radiation than bulk tumor cells, which means their population is often enriched following therapy.

It is thought that some genes in GBM-SCs may offer targets for effective drug treatment. To identify those genes, researchers carried out a large-scale RNAi screen. They tested the knockdown effect of over 10,000 genes and out of many hits turned up by the experiment, they identified and validated Serum/Glucocorticoid Regulated Kinase 1 (SGK1) as a key pro-survival gene in GBM-SC proliferation and survival.

The genome-wide RNAi screen is a powerful innovation that multiplies the power of RNA interference by hundreds or thousands of times. It is an important addition to the range of options for high-throughput genetic screens.

Catherine Shaffer is a freelance science and health writer from Michigan. She has written for a wide variety of trade and consumer publications on life sciences topics, particularly in the area of drug discovery and development. She holds a Ph.D. in Biological Chemistry and began her career as a laboratory researcher before transitioning to science writing. She also writes and publishes fiction, and in her free time enjoys yoga, biking, and taking care of her pets.