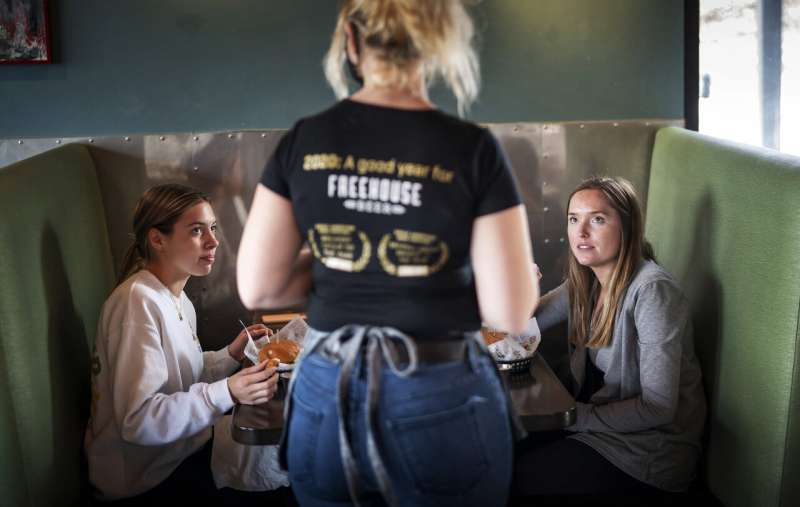 As the U.S. goes through the most lethal phase of the coronavirus outbreak yet, governors and local officials in hard-hit parts of the country are showing little willingness to impose any new restrictions on businesses to stop the spread.

And unlike in 2020, when the debate over lockdowns often split along party lines, both Democratic and Republican leaders are signaling their opposition to forced closings and other measures.

Some have expressed fear of compounding the heavy economic damage inflicted by the outbreak. Some see little patience among their constituents for more restrictions 10 months into the crisis. And some seem to be focused more on the rollout of the vaccines that could eventually vanquish the threat.

The most notable change of tune came from New York Gov. Andrew Cuomo, a Democrat, who imposed a tough shutdown last spring as the state became the epicenter of the U.S. outbreak.

“We simply cannot stay closed until the vaccine hits critical mass. The cost is too high. We will have nothing left to open,” Cuomo said this week as confirmed infections in the state climbed to an average of 16,000 a day and deaths reached about 170 per day.

Theaters remain closed and there is no indoor dining in New York City, but Cuomo said Tuesday that if a system of rapid virus tests could be developed, it could allow those things to return safely. 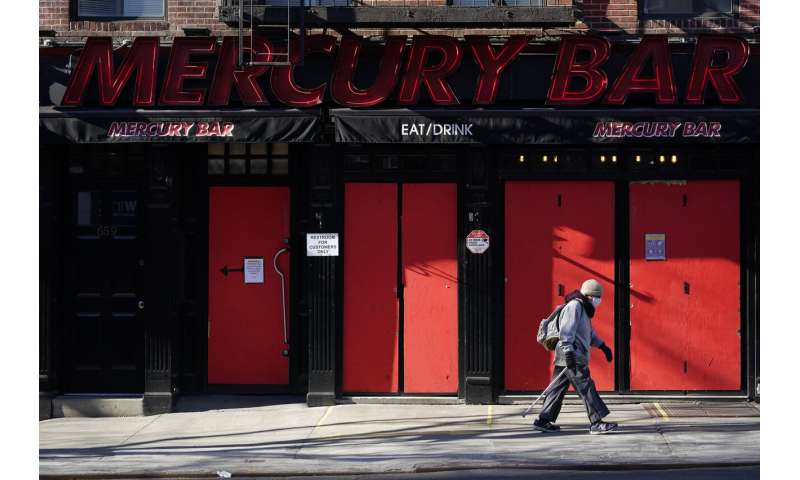 In Arizona, where the pandemic is raging, Republican Gov. Doug Ducey has been steadfast in his opposition to a statewide mask mandate or the closing of bars, gyms and restaurant dining despite repeated calls from hospital leaders to take such steps. And high school officials voted Tuesday to allow winter sports, reversing a decision made four days earlier to cancel the season.

“If we’re really all in this together, then we have to appreciate that for many families ‘lockdown’ doesn’t spell inconvenience; it spells catastrophe,” Ducey said.

Governors in other hot spots, including Texas, have expressed similar sentiments, while other states are loosening restrictions even as the U.S. death toll closes in on 380,000 and cases top 22.7 million. Deaths nationwide are running at more than 3,200 a day on average. 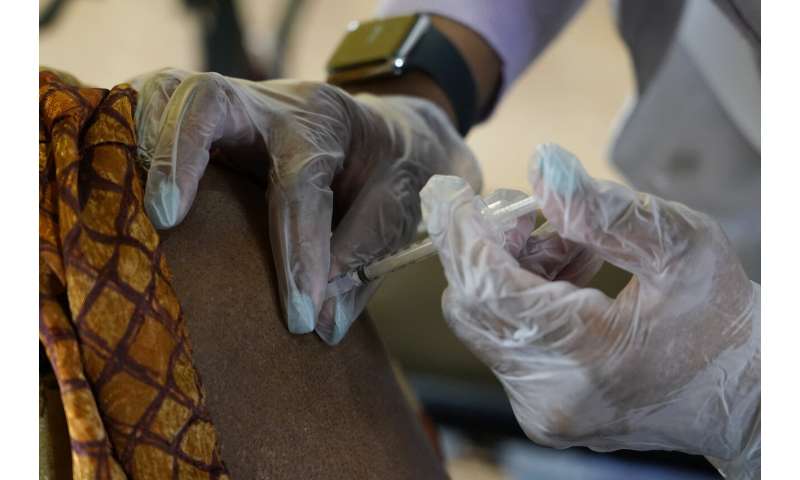 Minnesota allowed in-person dining to resume this week, Michigan is set to do the same, and some bars and restaurants in the Kansas City area are extending their hours. Nevada, meanwhile, is extending restrictions on restaurants that were set to expire Friday.

In Idaho, where many lawmakers refuse to wear masks in the statehouse, a federal judge on Tuesday said he won’t order stricter coronavirus precautions while a lawsuit moves forward from two legislators concerned about being exposed.

Even in states with strict measures in place, such as California, people are flouting the rules. On Monday, as intensive care units in Southern California found themselves jammed with patients, people packed beaches in San Diego to see this week’s high surf, many standing less than 6 feet (1.8 meters) apart with no masks. 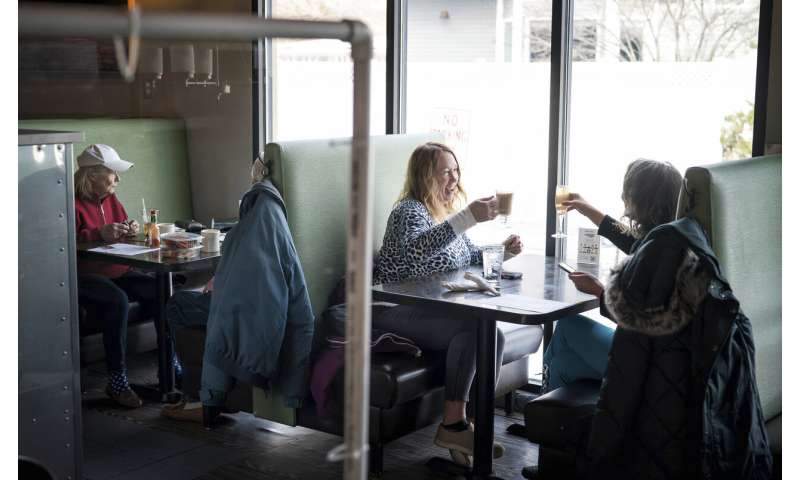 Other Americans have ignored the rules as well. U.S. tourists flocked to Mexico’s Caribbean coast over Christmas and New Year’s, while thousands of University of Alabama football fans crowded into bars Monday night to celebrate the school’s national championship.

More than 9.3 million Americans have received their first shot of the vaccine, according to the Centers for Disease Control and Prevention, a slow rollout for a campaign that will have to inoculate perhaps 85% percent of the population, or close to 300 million people, to conquer the outbreak.

On Tuesday, the Trump administration announced plans to speed things up by releasing practically twice as much vaccine, instead of holding large quantities in reserve to make sure that people received the required second dose on time. The practice of holding back doses was spurred by fear of production delays, but officials said they are now confident the supply will be there. 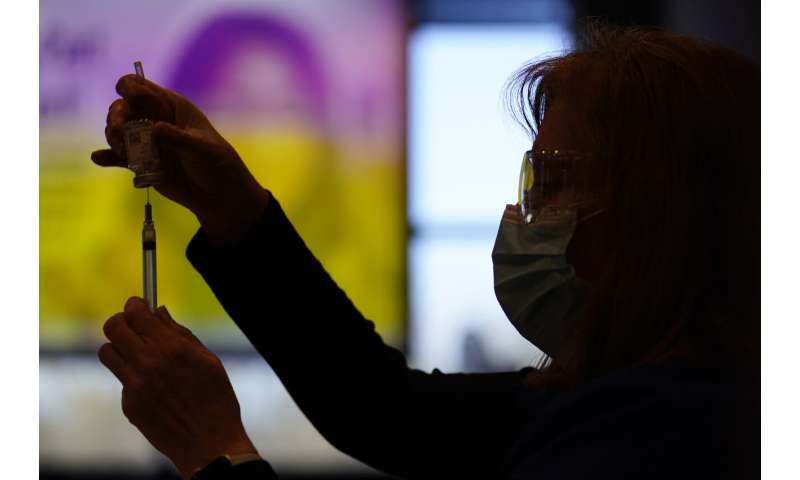 President-elect Joe Biden had previously promised to release the large quantities in reserve after he takes office on Jan. 20. After getting his second dose on Monday, Biden said he has confidence his COVID-19 medical team can hit ambitious vaccination rate targets. Biden said he will release details of his pandemic plan Thursday.

The Trump administration also asked states to immediately start vaccinating other groups lower down the priority scale, including the estimated 54 million Americans 65 and older, as well as younger people with certain health problems. Several states had already begun offering shots to senior citizens over the past few days.

But experts warn that life is unlikely to get back to normal any time soon. Vaccinating enough Americans to stop the virus could take well into the second half of 2021, by some estimates. 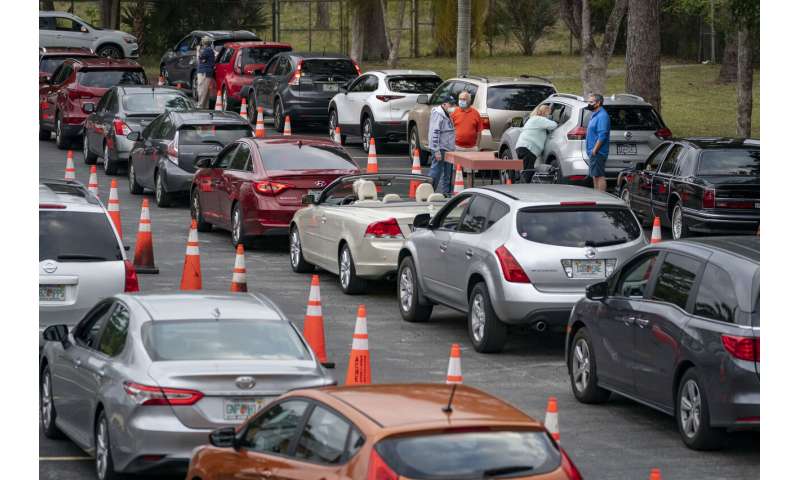 “We’re at a really critical point right now,” said Dr. Kirsten Bibbins-Domingo, head of epidemiology at the University of California, San Francisco. “On the one hand, it is clear with vaccines that we have light at the end of the tunnel, but it is also pretty clear it’s going to be a pretty long tunnel.”

California is an outlier, with a strict lockdown in most of the state that has limited restaurants to takeout and delivery and shuttered hair salons and gyms.

California’s COVID-19 death toll reached 30,000 on Monday. Hospitals in Los Angeles are so swamped that patients on gurneys are being treated in gift shops and parking lots. Officials started urging people to wear masks even at home if they go outside regularly and live with someone elderly or otherwise at high risk.

Anger over the restrictions has led to a recall movement against Democratic Gov. Gavin Newsom that has nearly gathered the 1.5 million signatures needed to put his career to a vote. 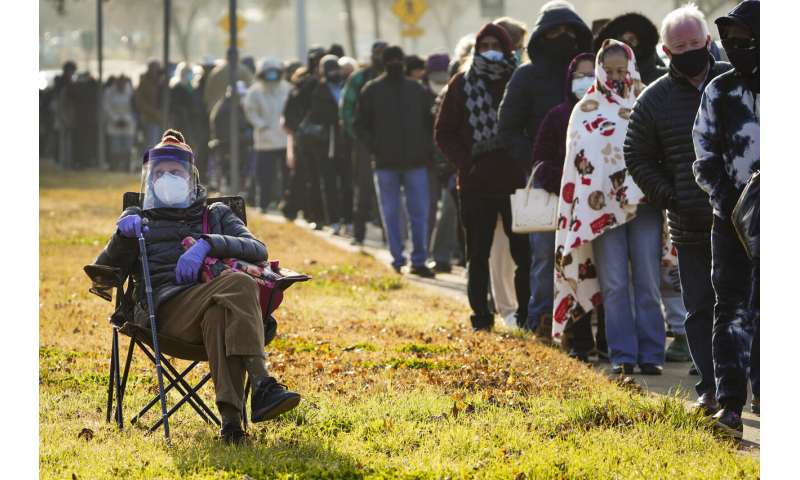 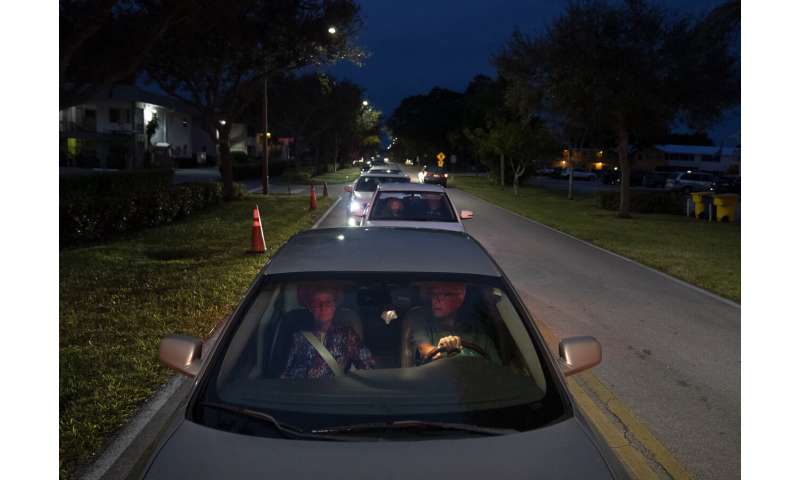 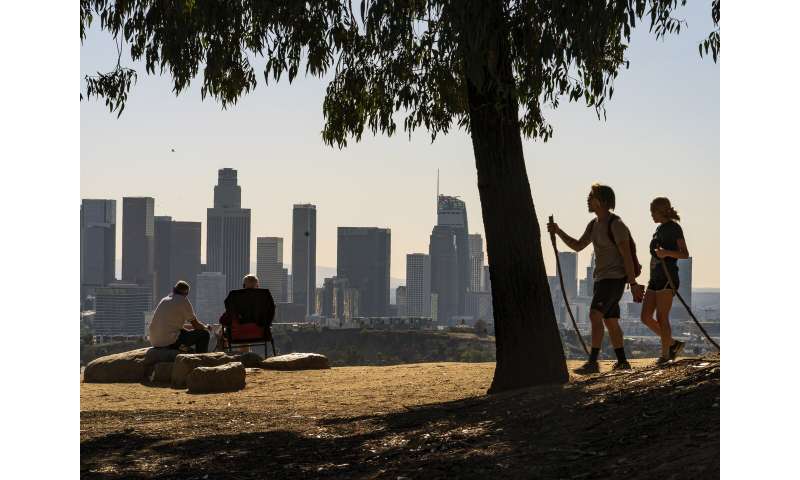 Some Californians are escaping by heading to neighboring Arizona, where they can eat and drink at bars and restaurants.

Bartender Raul Amaya, who works at Carly’s Bistro in Phoenix, said he is grateful for the business since it keeps him employed. Everyone, he said, needs a break.