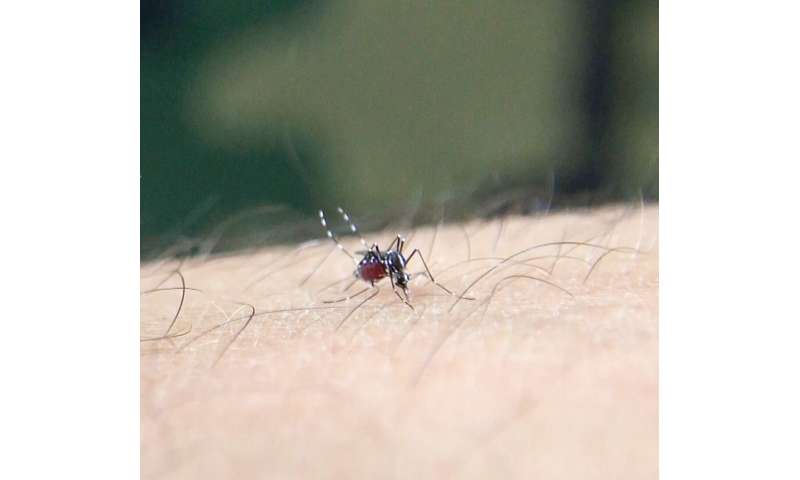 The Asian tiger mosquito does not pose a major risk for Zika virus epidemics, according to a study published December 31 in the open-access journal PLOS Pathogens by Albin Fontaine of the Institut de Recherche Biomédicale des Armées, and colleagues.

Zika virus has triggered large outbreaks in human populations, in some cases causing congenital deformities, fetal loss, or neurological problems in adults. While the yellow fever mosquito Aedes aegypti is considered the primary vector of Zika virus, the Asian tiger mosquito Aedes albopictus has been shown experimentally to transmit the virus and was involved in several transmissions of the virus in France in 2019. Originating from Southeast Asia, Ae. aegypti is an aggressive biter that has invaded the world and is now present on all inhabited continents, including temperate Europe, due to its ability to endure harsh winter conditions. As the second most important vector of human viral pathogens, Ae. albopictus is displacing Ae. aegypti populations due to competitive advantages. But it is not known if Ae. albopictus could trigger large-scale Zika virus epidemics.

To address this question, the researchers exposed Ae. albopictus to Zika virus and assessed infection rates in experiments, modeled the dynamics of Zika virus infection within individual humans, and used epidemiological simulations. The highest risk of transmission occurred during the pre-symptomatic stage of the disease. At this dose, mosquito infection probability was estimated to be 20%, and 21 days were required to reach median systemic infection rates. Despite these unfavorable characteristics for transmission, Ae. albopictus was still able to trigger large outbreaks in a simulated environment in the presence of sufficiently high mosquito densities and biting rates. According to the authors, active surveillance and eradication programs should be implemented in territories occupied by Ae. albopictus to maintain the low risk of Zika virus outbreaks.