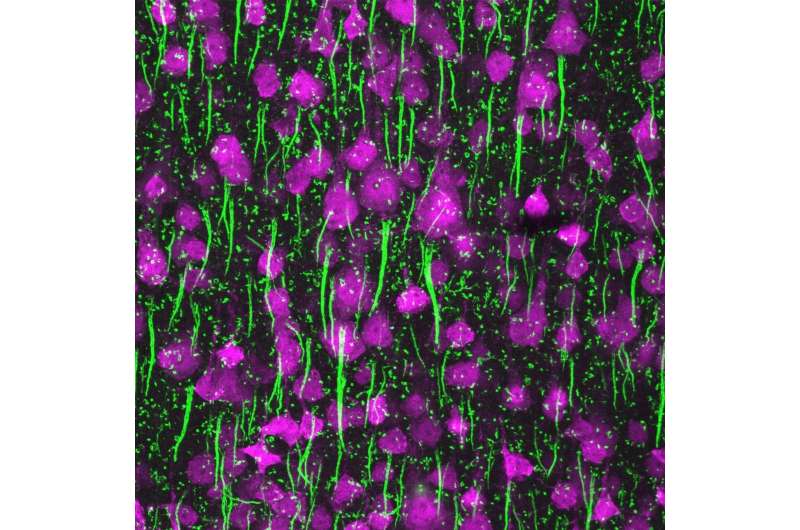 To process information in our brains, nerve cells produce brief electrical impulses, called action potentials, triggered from one highly specialized region. Research from the Netherlands Institute for Neuroscience, together with researchers from Heidelberg University and the University of Göttingen in Germany, now show that the electrical trigger sites surprisingly change with experience; they are either becoming smaller with increasing number of experiences and, vice versa, they grow larger when less input arrives in the brain. The results were published in Nature Communications.

Rodents learn about their environment by moving their highly sensitive whiskers, with which they touch objects and, for example, identify food sources. To examine whether brain cells change with the number of sensory experiences, researchers from the Kole group, placed mice in an environment in which many new objects were present, with variable textures, shapes, and possibilities to explore. As a result of such a rich environment, brain cells shrank the length of the trigger site. With the shortening, which occurred even within a few hours, nerve cells also showed a lower rate by which electrical impulses were generated. In contrast, when sensory stimuli were not able to reach the brain because the whiskers were impaired, the trigger sites grew longer and produced more electrical impulses.