The emergence of the severe acute respiratory syndrome coronavirus 2 (SARS-CoV-2) in December 2019 led to the current coronavirus disease 2019 (COVID-19) pandemic. Apart from the acute effects of COVID-19, which can be severe and even fatal in a significant minority of cases, long-term effects of COVID-19 can occur, even after the patient has recovered.

Often termed “long Covid,” this syndrome manifests itself in protean ways. One such symptom is brain fog, or cognitive dysfunction, which is attributed to neurologic damage directly or indirectly caused by the infection. Recovered COVID-19 patients are also at risk of several neuropsychiatric conditions, including dementia, probably due to a variety of underlying pathogenetic mechanisms.

A new Lancet preprint* research paper describes the unexpected but valuable finding that patients who died as a result of COVID-19 exhibit large amounts of focal β-amyloid deposits in their neocortical tissues upon autopsy. The correlation with the findings from the brains of non-COVID-19 patients who experienced markedly hypoxic conditions indicates that the amyloid deposition is not a specific sign of SARS-CoV-2 infection, but rather a response to brain hypoxia. 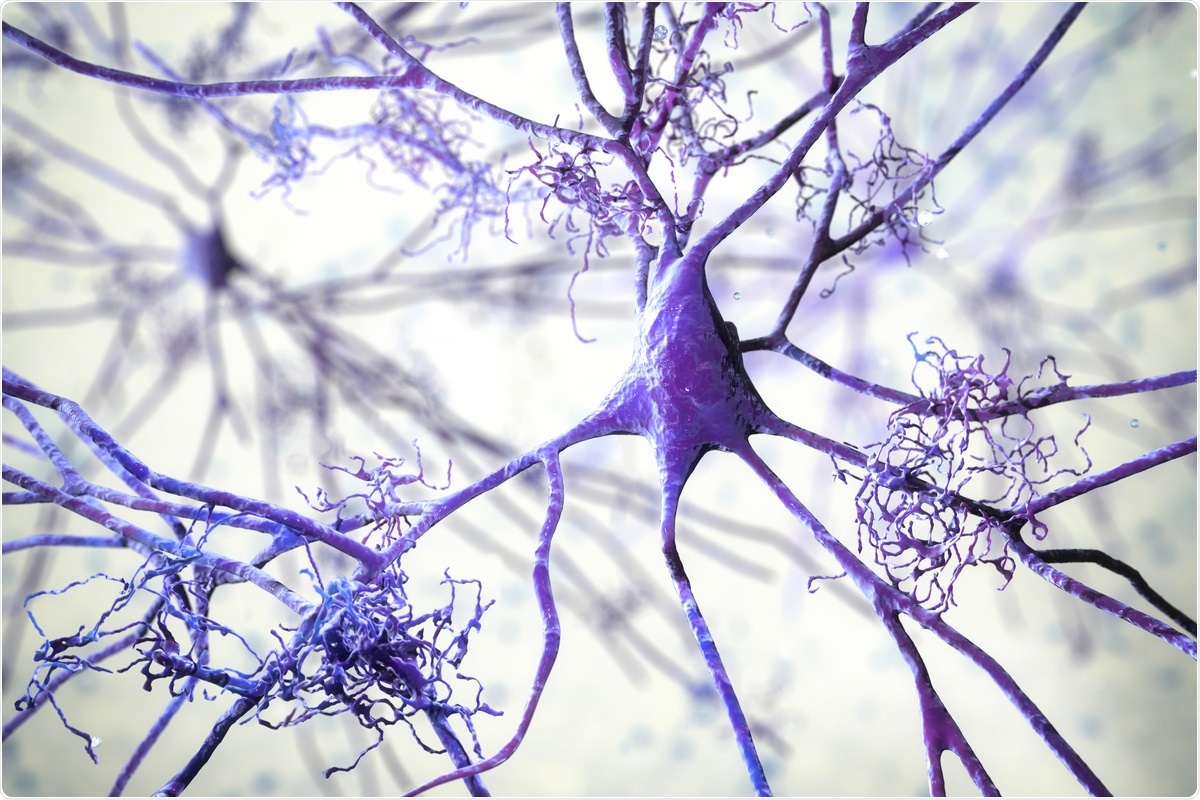 In the current study, the researchers autopsied COVID-19 patients and examined their neocortex for brain deposits of beta-amyloid. The first patient was a 58-year-old female with a history of psychiatric disorders who died of COVID-19 soon after her diagnosis. Following the autopsy, the diagnosis of intoxication with methadone, gabapentin, and hydroxyzine was made, along with the effects of COVID-19.

Despite the presence of psychiatric history, including depression, suicidal ideation, and post-traumatic stress disorder (PTSD), this patient did not show any neurological abnormalities and had a normal cognitive function. At some point before her death, she had suffered a traumatic brain injury that was not associated with any neurologic sequelae.

The brain autopsy showed no gross abnormalities; however, numerous deposits of β-amyloid were found scattered in the neocortex and as puncta within cell bodies. Fewer, but still significant, flat plaques or deposits of the protein were present in the hippocampus, with a small number of cells containing the tau protein in one region.

Tiny foci of the tau protein were also found in a few neurites in the same region. Many fibers in the occipital white matter and entorhinal cortex were also positive for tau immunostaining.

In the absence of neurofibrillary tangles or other evidence of neurodegenerative conditions, the presence of these deposits was remarkable. In addition, normal-appearing microglia were also stained.

Unlike Alzheimer’s disease (AD) patients, the β-amyloid deposits were not stained with thioflavin-S, which is why they have not included plaques in the final description. Furthermore, these deposits were not bound by the monoclonal antibody 22C11.

The lack of 22C11 indicates the absence of the amino acid residues at position 66-81 in the N-terminus of the amyloid precursor protein. In contrast, the stain was taken up, though weakly, by the puncta within the cells. Due to these findings, the content of the deposits appears to consist of a peptide that has been broken down by proteolysis.

As such, these deposits could be the precursor of the β-amyloid plaques or of plaques made up of a similar molecule that was identified prior to its polymerization, subsequent to which the beta-pleated sheet structure would develop.

Comparison shows the absence of β-amyloid

To evaluate for the presence of β-amyloid in other cases of fatal COVID-19, the researchers examined another ten patients under the age of 60 years. The same findings were identified in all ten, with one individual also showing rare neuropil threads positive for the tau protein. Though small infarcts were found in several patients, none of these lesions were found in the stained sections.

The researchers also examined the brain tissue of five patients who had died of Adult Respiratory Distress Syndrome (ARDS) in the pre-pandemic years. To this end, focal deposits of thioflavin-negative and β-amyloid immunoreactive protein were observed in the frontal cortex that could not be distinguished from those of the index COVID-19 patient.

The researchers also looked at the biopsy results of several other patients who died of acute to subacute infarcts. Both showed similar amyloid deposits to the above two categories.

A routine immunohistochemical assay had earlier been carried out on an unrelated cohort of patients with military traumatic brain injury (TBI), which was used as a control cohort. Out of 61 individuals, all without severe respiratory disease, only five had this type of amyloid deposit, all between January 1, 2020, and December 31, 2020.

This indicates that young people rarely develop these amyloid deposits and that their presence is common in severe respiratory distress. Notably, the clinical histories of these five patients had not been completely elucidated by the time of publication. However, this observation shows that young patients do not typically produce amyloid deposits and that the deposits that were found in COVID-19 and ARDS patients are not artefactual.

During the late phase of this study, another COVID-19 patient died of rapidly progressing breathlessness on the fifth day after testing positive. The patient, a 39-year-old Marine, was obese but a full autopsy was not done. However, the brain was examined and the scientists observed microthrombi and microbleeds, both of which were observed in other fatal COVID-19 cases.

The plaques seen in the index patient were so rare in this case that they likely would have been missed without the careful search for them. This patient’s death was attributed to a probable pulmonary embolus complicating a mild COVID-19 infection.

The findings of this study show the presence of β-amyloid deposits in young COVID-19 patients, as well as non-COVID-19 patients with hypoxia affecting the brain. The link between these deposits and cognitive impairment, along with the neurologic deficits seen in some long Covid patients, appears to indicate that this is not a virus-specific lesion but a reflection of hypoxic brain damage.

The finding supports this conclusion that all ten patients had some amount of hypoxia, which was seen in the brain as extensive hypoxic changes. This could lead to the release of hypoxia-inducible factor (HIF)-1α, which increases the production of β-amyloid. At the same, hypoxia reduces the rate at which this protein breaks down, thus increasing the level of the protein.

Further longitudinal prospective studies must be carried out to define the period over which these lesions survive and whether they are found in cases of mild infection and other convalescent patients.

Another possibility is that these protein deposits herald the formation of amyloid plaque. The pathophysiology of neuropsychiatric symptoms in this viral infection may have been partly explained by these findings. Moreover, these findings may also support the use of anti-amyloid in treating COVID-19 encephalopathy in the near future.

“It will be important to determine how frequently these deposits occur in the brains of patients who recover from COVID-19 and then expire months or years later from other causes.”

Preprints with The Lancet publish preliminary scientific reports that are not peer-reviewed and, therefore, should not be regarded as conclusive, guide clinical practice/health-related behavior, or treated as established information.