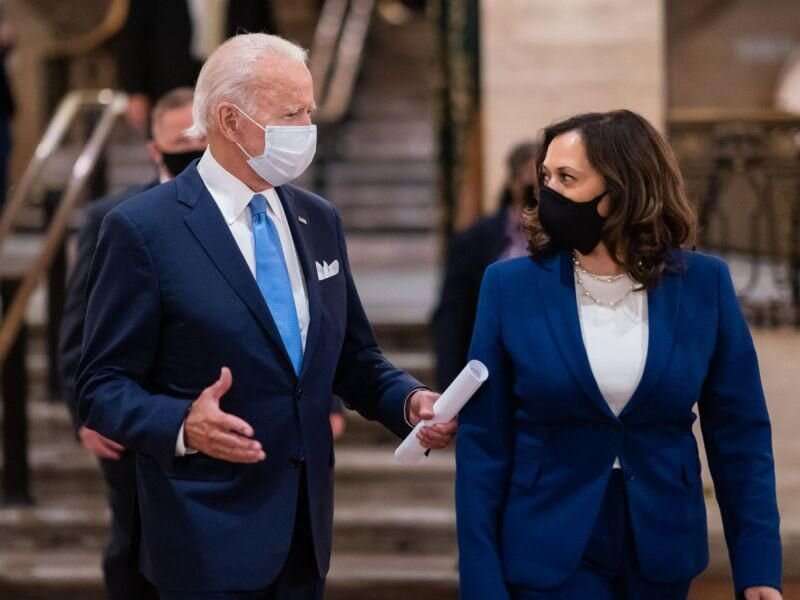 “I think with the grace of God . . . we’ll be able to get that [vaccinations] to 1.5 million a day,” Biden said during a media briefing.

Initially, Biden had promised 1 million shots a day, or 100 million vaccinations in his first 100 days in office, the Washington Post reported. But the country has been meeting that target in the past week.

A million shots a day is still his minimum goal, Biden said, but “I hope we’ll be able to increase as we go along so we’ll get to 1.5 million. That’s my hope.”

By spring, everyone who wants a vaccine should be able to get one, Biden added.

“It’s going to be a logistical challenge that exceeds anything we’ve ever tried in this country, but I think we can do that,” Biden said. “I feel confident that by summer we’re going to be well on our way to heading toward herd immunity. I feel good about where we’re going, and I think we can get it done.”

The ambitious goal was announced the same day that a more contagious coronavirus variant first spotted in Brazil was diagnosed in a Minnesota man who had just returned from traveling to that country, the Associated Press reported. At the same time, a variant that first surfaced in Britain and prompted a nationwide lockdown there has already been detected in 24 U.S. states, according to the U.S. Centers for Disease Control and Prevention. Meanwhile, an even more troubling variant that was first detected in South Africa has shown the ability to lessen the effectiveness of vaccines in testing, but it hasn’t been spotted in the United States yet.

“We have concern about the mutation that’s in South Africa,” Fauci said. “It is clearly different and more ominous than the one in the U.K.”

As of Tuesday, more than 22.7 million Americans have been vaccinated while more than 41.4 million doses have been distributed, according to the CDC. Over 3.3 million people have received their second shot.

The South Africa travel ban will go into effect on Jan. 30 and an existing ban will be extended on non-citizen travelers from Europe and Brazil, The New York Times reported.

The U.S. Centers for Disease Control and Prevention recently warned that the British coronavirus variant could become the dominant source of infections in the United States by March and would likely trigger surges in cases and deaths.

The agency has also announced a new policy that requires all arriving international air passengers, regardless of vaccination status, to be tested for the coronavirus within three days of their departure for the United States, and to provide written documentation of their test results or proof of having recovered from COVID-19.

In small studies published last week, scientists found that the South African variant is less susceptible to antibodies created by natural infection or by vaccines made by Pfizer and Moderna, which have both been authorized for emergency use in the United States, the European Union and elsewhere. Those vaccines can be altered in a matter of weeks, but experts warn that it would be difficult to update them constantly, the Times reported.

There was better news on Monday, however: In a small study involving 8 patients, Moderna said that although its vaccine did show a sixfold reduction in levels of antibodies when pitted against the South Africa variant, those antibodies “remain above levels that are expected to be protective,” the Times reported.

Dr. Tal Zaks, Moderna’s chief medical officer, told the newspaper it is already developing a booster vaccine that could perform better against the South Africa variant “to be ahead of the curve should we need to.”

Meanwhile, coronavirus vaccines have held up against the British variant in one study. But during a media briefing in London last Friday, Prime Minister Boris Johnson said that the variant was not only more contagious but may also be more deadly. While scientists agree that the evidence of the so-called British variant’s greater lethality is preliminary and based on limited data, U.S. health officials took note of the news.

“We need to assume now what has been circulating dominantly in the U.K. does have an increase in what we call virulence to cause more damage, including death,” Fauci told CBS News on Sunday..

In India, the coronavirus case count was nearly 10.7 million by Tuesday, a Johns Hopkins University tally showed. Brazil had nearly 8.9 million cases and over 217,600 deaths as of Monday, the Hopkins tally showed.