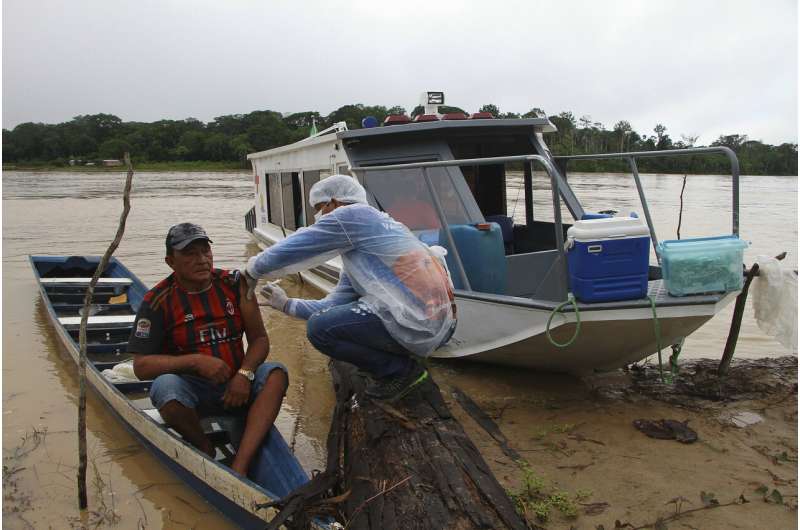 As they came ashore on Little Cranberry Island, population 65, residents danced with excitement.

“It’s a historic day for the island,” said Kaitlyn Miller, who joined a friend in belting out “I’m not giving away my shot!” from the Broadway show Hamilton when the crew arrived.

Around the world, it is taking extra effort and ingenuity to ensure the vaccine gets to remote locations. That means shipping it by boat to islands, by snowmobile to Alaska villages and via complex waterways through the Amazon in Brazil. Before it’s over, drones, motorcycles, elephants, horses and camels will have been used to deliver it to the world’s far corners, said Robin Nandy, chief of immunization for UNICEF.

“This is unprecedented in that we’re trying to deliver a new vaccine to every country in the world in the same calendar year,” he said.

Although the vaccination rollout has been choppy in much of the world and some places are still waiting for their first doses, there’s an urgent push to inoculate people in hard-to-reach places that may not have had COVID-19 outbreaks but also may not be well equipped to deal with them if they do. 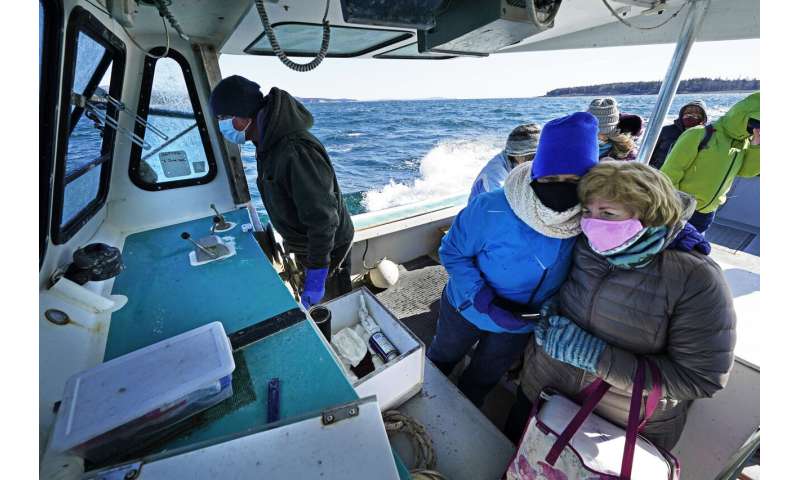 “It’s a race against the clock,” said Sharon Daley, medical director of the Maine Seacoast Mission, which is providing shots on seven islands off the Maine coast.

And though coronavirus vaccinations can present unique challenges, including adequate refrigeration, health care providers are fortunate to have an infrastructure in place through the systems they use to conduct childhood vaccinations for measles and other diseases, Nandy said.

In the rough and roadless terrain of southwestern Alaska, the Yukon-Kuskokwim Health Corp. chartered planes and used snowmobiles this winter to deliver the vaccine to nearly four dozen villages spread out over an area the size of Oregon.

The vaccination effort there began in December, when temperatures still hovered around minus 20 or minus 30 Fahrenheit (minus 20 to minus 34 Celsius) and workers had to ensure the vaccine didn’t freeze in the syringes’ needles. Despite the challenges, the health corporation delivered thousands of doses to 47 villages in a month. In one village, residents were anguished after COVID-19 killed one person and sickened two others, including the local health worker. 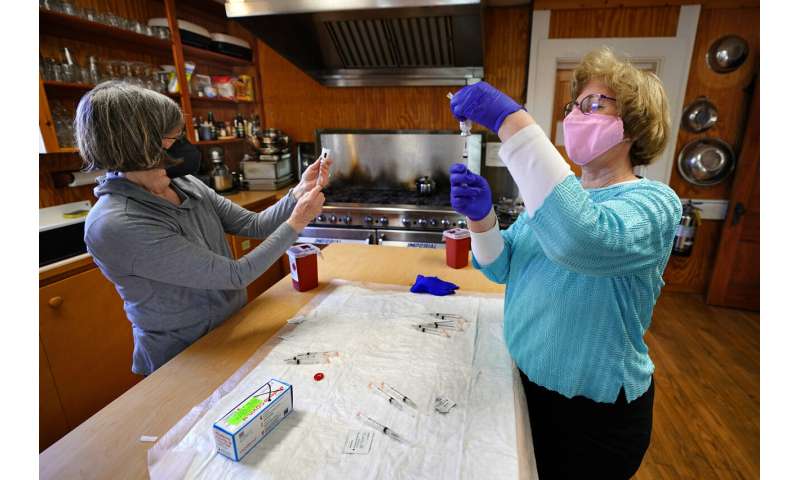 “People were just really desperate to get vaccinated there, and it was pretty emotional to just kind of be able to bring something to them, to protect them,” said Dr. Ellen Hodges, the health corporation’s chief of staff.

In India, workers recently trekked to the tiny village of Bahakajari, a village along the mighty Brahmaputra River in the remote northeastern state of Assam, to start vaccinating its nearly 9,000 residents.

The vaccines were first sent to the nearest town, Morigaon, before they were driven the final leg by car. People from on a nearby island were brought to the health center by boat, and women in bright sarees and men lined up to get vaccinated. By the end of the day, 67 had received a shot, with officials planning to vaccinate 800 more within the next three days.

In Brazil, remote Amazon communities presented a challenge that meant traveling for hours on small planes and boats. Like many remote locales, getting the vaccine to the villages was important because most jungle communities have only basic medical facilities that aren’t equipped to treat severe COVID-19 cases. 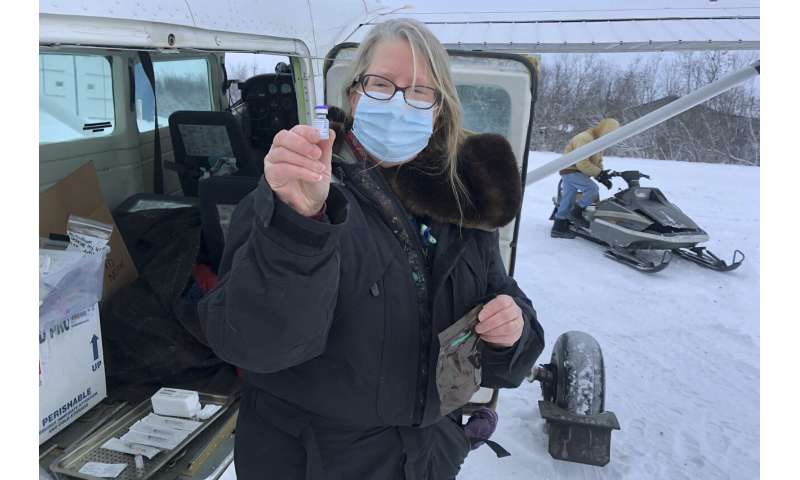 Just like in other parts of the world, including the U.S., health care workers had to overcome the challenge of persuading some villagers that it was safe and important to get the shot.

“Vaccine hesitancy is a complex issue and it’s extremely important that high quality information is provided to all groups within society,” said a spokesperson for the public-private partnership GAVI, formerly the Global Alliance for Vaccines and Immunization, which is focused on improving vaccinations in poor countries.

In Maine, there was relief when the century-old Seacoast Mission took on the task of getting the vaccine to the islands.

For islanders, getting to the mainland in the best of circumstances would’ve meant a daylong trip to get the vaccine. Rough weather can delay ferries and mailboats, leaving residents stuck for days. And some are too infirm to travel. 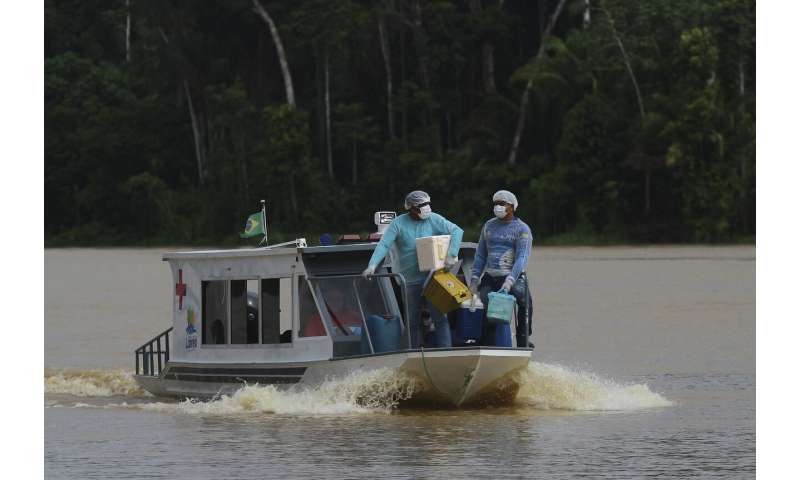 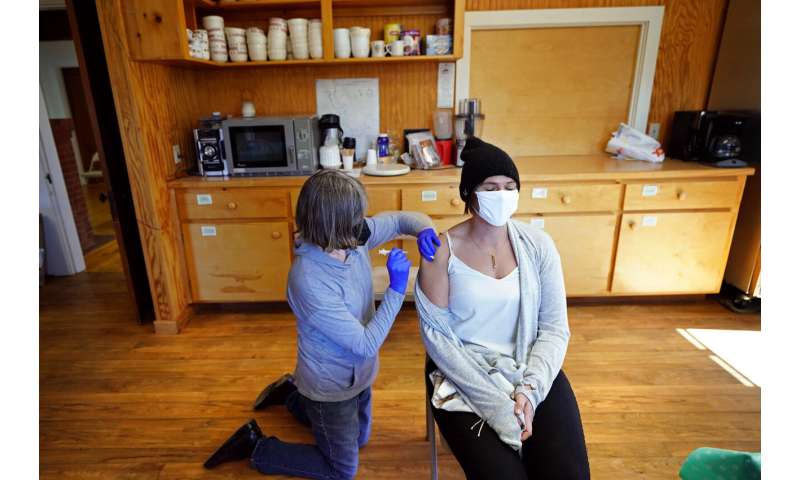 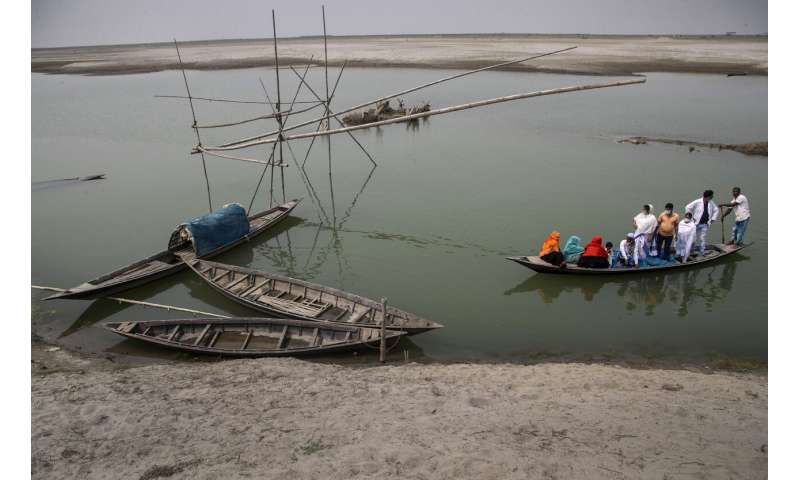 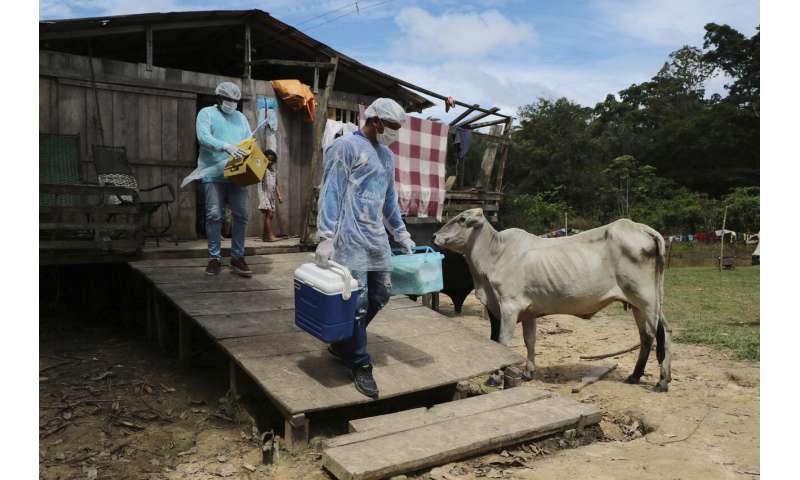 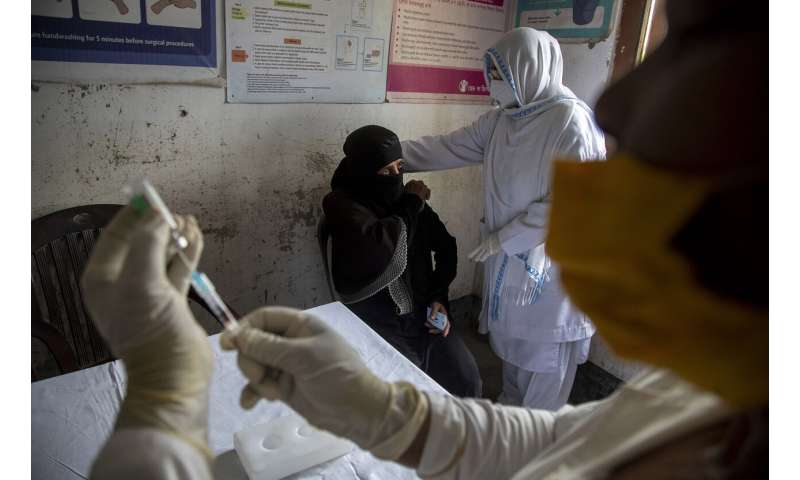 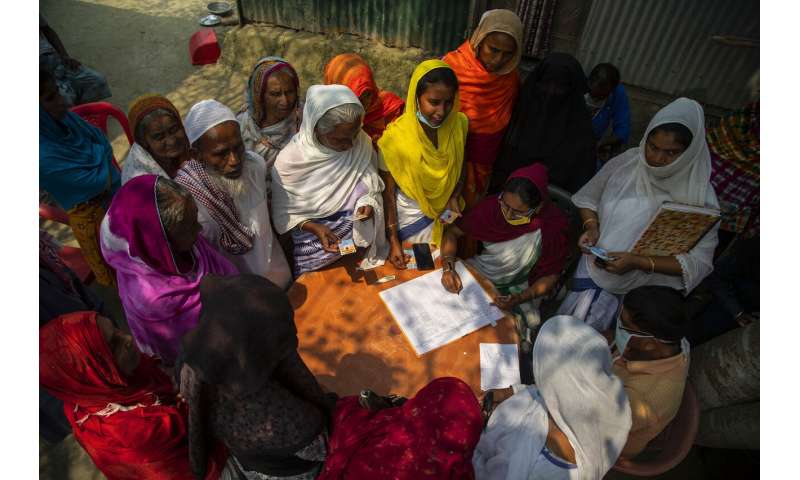 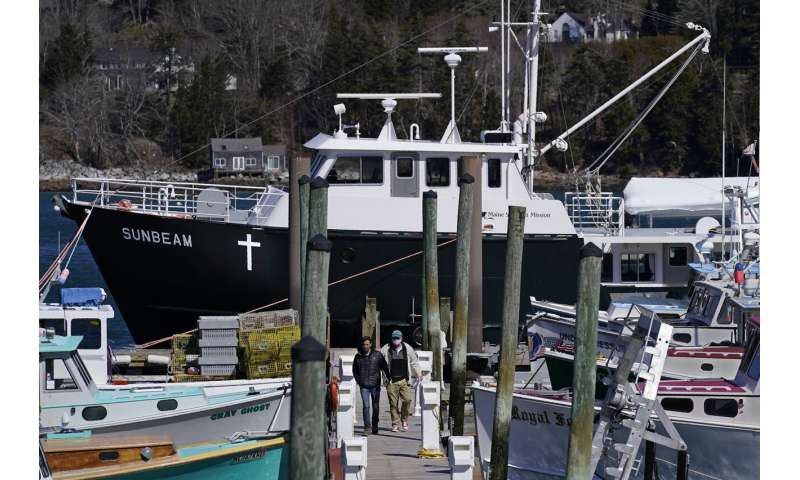 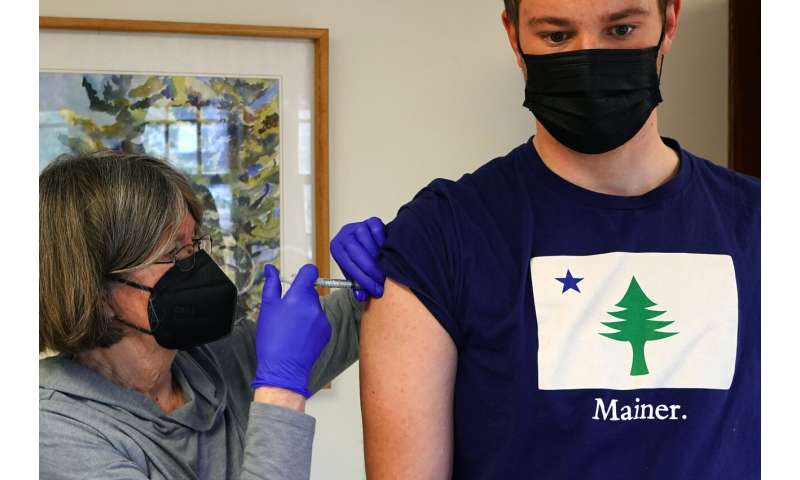 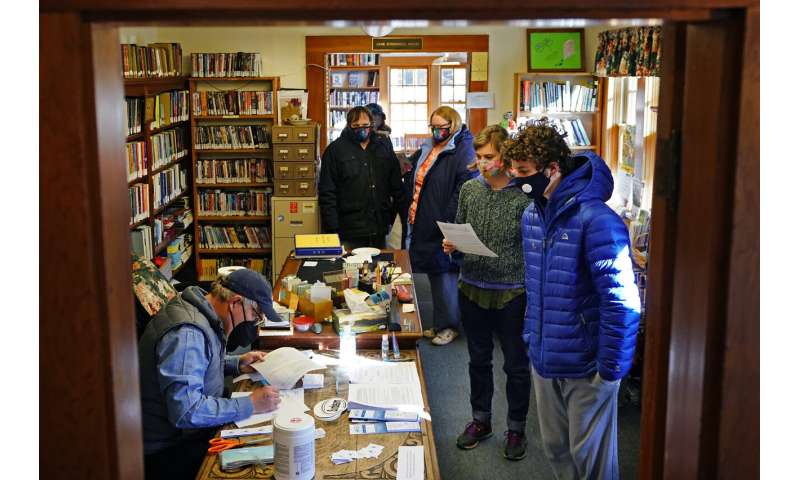 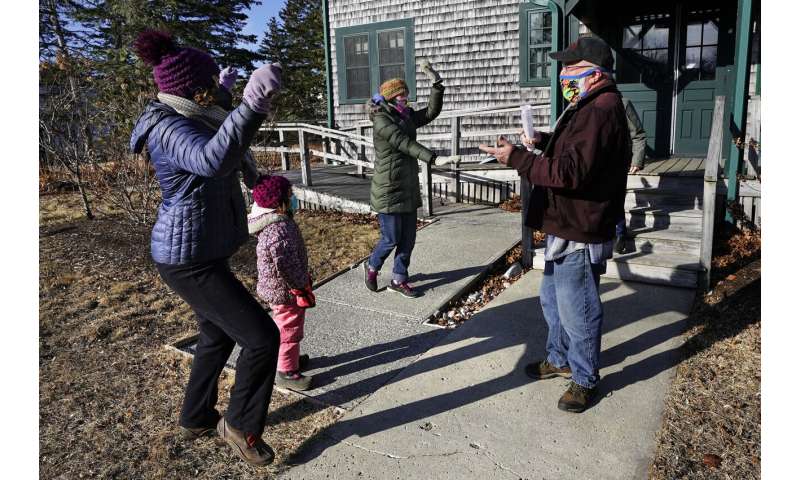 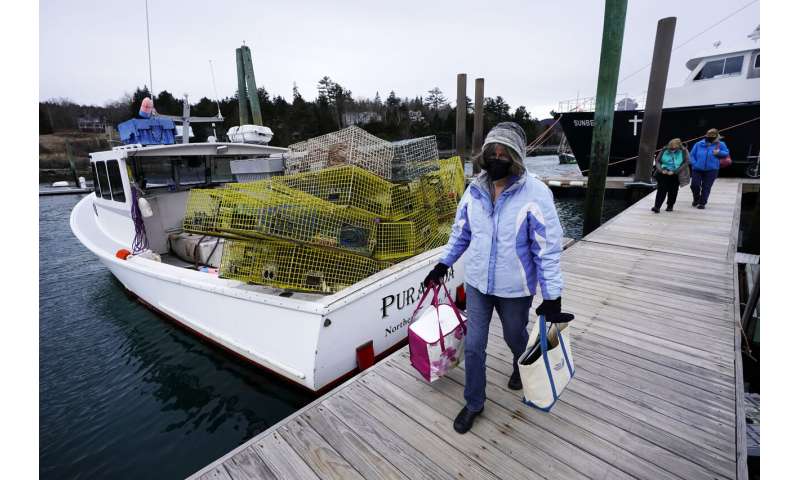 “Life on the islands is remote. And it’s isolated. And I think that isolation is both the attraction but the heart of the challenge,” said John Zavodny, the Seacoast Mission’s president.

On a recent day, it was too windy to take the mission’s boat that’s equipped with medical gear, so a smaller one was used. The team also commandeered a lobster boat for the short trip to Little and Great Cranberry Islands.

Islanders are used to a certain degree of isolation, but this winter was particularly tough on Little Cranberry Island because the community couldn’t even hold its potluck suppers or other regular gatherings due to coronavirus restrictions, said Lindsay Eysnogle, who teaches five children on the island ranging from pre-K to second grade.

The vaccine provides hope that islanders can resume something akin to normalcy.