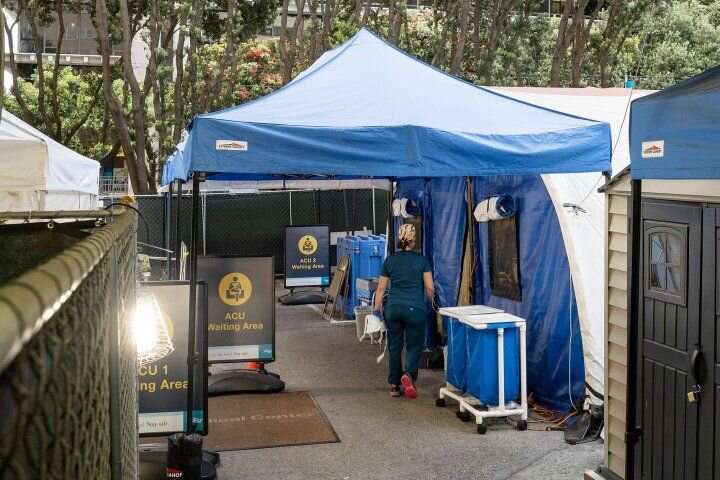 California will face a significant shortfall of registered nurses over the next five years due to long-term trends that have been exacerbated by the COVID-19 pandemic, according to a new report by the UCSF Health Workforce Research Center on Long-Term Care.

The authors estimate a current shortage of 40,567 full-time equivalent RNs, a 13.6 percent gap, that is projected to persist until 2026, according to an analysis of preliminary data from the 2020 Survey of California Registered Nurses and final data from the 2019-20 Annual RN Schools Survey.

At a time when hospitals nationwide are facing challenges in filling nursing positions, the study found that many older registered nurses in California have left the field and a large number plan on retiring or quitting within the next two years. Meanwhile unemployment among younger RNs in California has increased.

“The pandemic is accelerating a broad trend that has been building for some time,” said Joanne Spetz, Ph.D., co-author of the report and director of the UCSF Philip R. Lee Institute for Health Policy Studies (PRL-IHPS). “To address this, employers need to retain older RNs, while developing career paths for new graduates. They also need to rapidly develop and implement strategies to mitigate the potential harm of nurse shortages over the next five years.”

In 2020, 26 percent of registered nurses between the ages of 55 and 64 said they plan to leave the field in the next two years, up from 12 percent in 2018. The authors said this was most likely from burnout and the need to reduce COVID-19 exposure to at-risk family members.

At the same time, employers have been reluctant to hire less experienced RNs, possibly because of the difficulty in onboarding them during the pandemic. Demand for nurses was also reduced in some regions because of limits on elective surgeries and in-person ambulatory care.

The report, released on Sept. 6, 2021, estimates that 8,500 California RNs were seeking employment in late 2020, which would fill about 20 percent of the current shortfall.

California is also producing fewer nurses. Public registered nursing education programs, including city colleges and the California state system, had to decrease enrollments, skip cohorts and reduce class sizes during the pandemic, in part because of their inability to place students in clinical environments.

“These programs didn’t have the resources to pivot online or to distance within classrooms as a private school can,” Spetz said. “Policymakers need to support public nursing education programs to ensure an ongoing pipeline of nurses into the health care system.”

Fortunately, there is a record-breaking interest in the nursing profession, Spetz said. RN education enrollments are projected to surpass pre-pandemic levels during the 2022-23 academic year.

Spetz said much can also be done to retain older nurses, for example by offering them alternative roles as mentors.