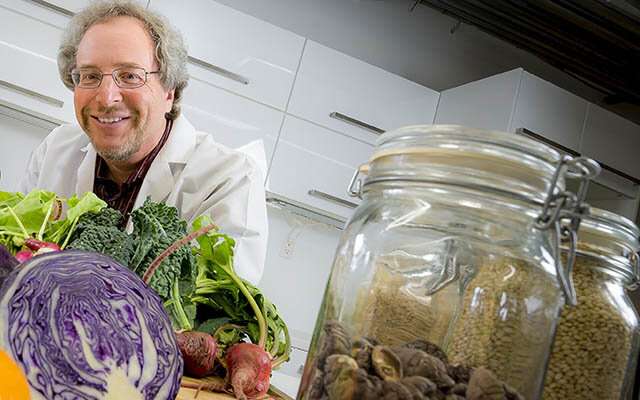 A novel study is assessing whether medicinal mushrooms and Chinese herbs provide therapeutic benefit in treating acute COVID-19 infection. MACH-19 (Mushrooms and Chinese Herbs for COVID-19)—a multi-center study led by University of California San Diego and UCLA, in collaboration with the La Jolla Institute for Immunology—is among the first to evaluate these specific integrative medicine approaches using the gold standard of Western medicine: the randomized, double-blind, placebo-controlled clinical trial.

Three trials are currently recruiting for between 66 and 80 patients who have tested positive for SARS-CoV-2 and who are quarantined at home with mild to moderate symptoms. Two are Food and Drug Administration (FDA)-approved Phase 1 clinical safety trials for investigational compounds to treat acute COVID-19.

“Mushroom-Based Product for COVID-19,” which started December 2020 and is slated to run until December 2022, tests the safety and feasibility of a 50/50 blend of the mushrooms agarikon (Fomitopsis officinalis) and turkey tail (Trametes versicolor) in capsule form.

“Chinese Herbal Formula for COVID-19,” which began in July 2021 and is projected to conclude in December 2022, tests the safety and feasibility of a formulation of 21 Chinese herbs from Taiwan called Qing Fei Pai Du Tang that is widely used as a COVID-19 remedy in China.

“We hope these treatments will reduce the need for hospitalization,” said MACH-19 principal investigator Gordon Saxe, MD, Ph.D., director of research at the Centers for Integrative Health at UC San Diego School of Medicine.

According to Saxe, the mushrooms were chosen because of their long history of use and recent evidence of immune-enhancing and anti-viral effects. In a preclinical study published in the March 2019 issue of Mycology, agarikon was found to inhibit viruses including influenza A(H1N1), influenza A(H5N1) and herpes. Saxe said he believes medicinal mushrooms inhibit the viruses’ replication, a theory he plans to test against SARS-CoV-2 in a Phase II trial.

“Mushrooms have the advantage that they co-evolved with us,” Saxe said. “So bacteria, viruses and other fungi prey on mushrooms just like they prey on humans. And mushrooms have developed exquisite defenses against those pests, and we believe they can confer those to us when we eat them.”

MACH-19’s third ongoing trial, “RCT of Mushroom Based Natural Product to Enhance Immune Response to COVID-19 Vaccination,” measures whether the same medicinal mushrooms, given in capsules at the time of initial COVID-19 vaccination, can increase antibodies and other measures of immune response. It began in June 2021 and is scheduled for completion in June 2022.

Saxe said his team is nearing launch of a fourth trial, which will look at whether medicinal mushrooms could provide a similar lift to COVID-19 booster shots as an adjuvant, a substance which enhances immune response.

“Vaccines lead to the production of antibodies that can destroy the virus in the blood,” Saxe said. “Mushrooms may not only increase the number of these antibodies, but also enhance T-cell immunity against virally infected cells. Further, because mushrooms bind to receptors on human immune cells, they can modulate our immunity—boosting it in some ways and calming it down in others. And this property of mushrooms may also reduce vaccine-related side effects.”

Other investigators in the study include Andrew Shubov, MD, director of inpatient integrative medicine at UCLA Center for East-West Medicine, and Lan Kao, a clinical Chinese medicine specialist at UCLA. Initial funding for MACH-19 was provided by the Krupp Endowed Fund at UC San Diego.

Natural therapeutics have been used for centuries to treat infectious diseases, according to Saxe, who noted that herbs helped Chinese doctors manage 300 recorded epidemics, while the Greek pharmacologist Pedanius Dioscorides prescribed agarikon to treat pulmonary infections 2,300 years ago.

Though Western medicine still regards much of integrative medicine as lacking empirical, evidence-based proof, some of its ideas are gaining wider acceptance, such as acupuncture to treat pain and the herbal extract artemisinin to treat malaria. MACH-19, which emerged as an idea by Saxe during a research conference at the beginning of the pandemic, presents the opportunity to provide more evidence.

“If we can demonstrate success, it may open up interest in looking at other botanical formulas and approaches,” Saxe said.

Initial safety data from the trials are expected by the end of this year, with efficacy data ready within a year. Whatever is found, Saxe said that he was happy just getting the FDA’s approval, which he called a sign that Western scientific minds are broadening.