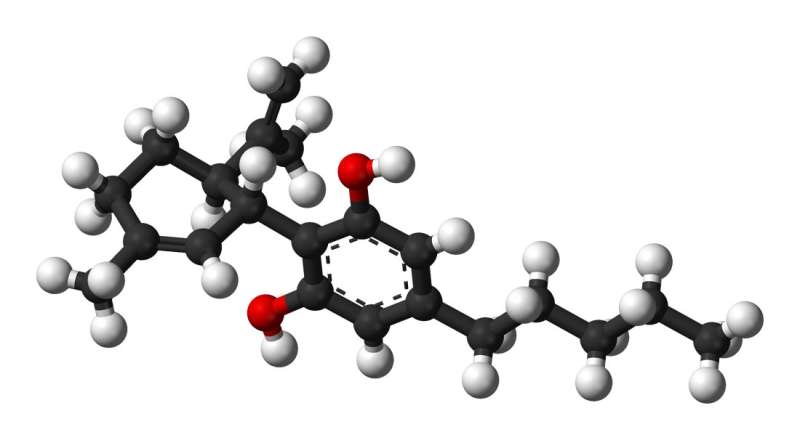 Synthetic cannabidiol, a non-psychoactive compound also found in the cannabis plant, appears to prime the innate immune system of cells, potentially offering protection against pathogens such as SARS-CoV-2.

Researchers found that synthetic cannabidiol (CBD) augments the anti-viral response of cells to three key proteins produced by the SARS-CoV-2 genome—which was, until now, an unknown effect.

The researchers studied these proteins in human kidney cells, both alone and in combination with CBD, as well as the effects of CBD in healthy control cells.

“When cells in the lungs or the digestive tract are infected with a virus, they have an ability to sense and respond, even before the immune system notices a virus is present,” said Robin Duncan, lead investigator and a professor in the University of Waterloo’s Department of Kinesiology and Health Sciences. “They do this by activating innate responses inside of cells, which form the first line of defense. In the case of COVID-19, however, this response isn’t very good, which has contributed to high infection rates.

“With an RNA-type virus, like SARS-CoV-2, cells should activate an innate system that cuts up the viral genome, which also causes infected cells to undergo a process called apoptosis—a sort of controlled cell death that gets rid of infected cells early on. This could stop an infection, or slow its spread in the body or to others. When we combined CBD with these viral proteins, they had a much better ability to activate this system and to activate apoptosis.”

Duncan said what was potentially even more exciting, however, was that in cells that had not been exposed to the SARS-CoV-2 proteins, CBD in therapeutic amounts seemed to prime the innate anti-viral system of cells, increasing their readiness to respond to viral infection—and that this happened without activating apoptosis in healthy cells.

Waterloo’s postdoctoral fellow Maria Fernandes, who performed the cell studies, said, “This suggests CBD at the right dose could help cells be in a better state of readiness to respond to a virus, but it doesn’t cause a response unless there is a need.”

Duncan said this idea is supported by evidence from users of a high-dose pharmaceutical CBD licensed in the United States for the treatment of rare types of epilepsy. In that study, patients taking prescription high-dose synthetic CBD had around a 10-fold lower risk of testing positive for COVID-19.

Duncan points out that CBD does not cause a high, the way THC does, making it more widely useful.