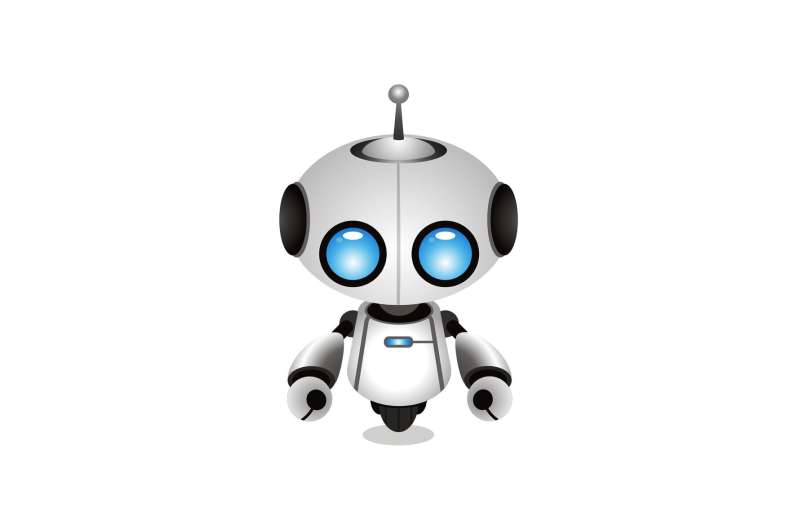 Chatbots hold promise for dementia patient or caregiver support, but are still in their infancy, finds a paper published in the Journal of Medical Internet Research. None of the interactive digital apps tested by medical researchers and a computer scientist performed well on all testing criteria, and all the apps contained linguistic biases and usability challenges. The authors conclude that until developers produce evidence-based chatbots that have undergone end user evaluation it will be hard to evaluate their potential to adequately educate and support dementia patients and their caregivers.

“Dementia care is complex and no two cases of dementia are alike. Chatbots have the potential of providing caregivers with instant support that is evidence-based and personalized. While it was promising to find some advancements in this area, it was disappointing to learn that more hasn’t been done,” said first author Nicole Ruggiano, a professor of social work at the University of Alabama.

“Artificial intelligence chatbots have great potential to improve the communication between patients and the healthcare system, given the shortage of healthcare staff and the complexity of the patient needs. This is especially important for dementia patients and caregivers, who keep increasing as the population ages, and face care challenges daily,” said corresponding author Vagelis Hristidis, a professor of computer science in UC Riverside’s Marlan and Rosemary Bourns College of Engineering, and founder of SmartBot360, a healthcare chatbot company.

Chatbots can provide memory training or stimulate fond recollections for dementia patients. Dementia patient caregivers, who often feel isolated and insufficient, can receive advice and emotional support from chatbots. The effectiveness of chatbot interventions, however, is only as good as the medical knowledge used in their programming and the quality of the user’s interactions with the bot.

“In regards to the use of a chatbot by dementia caregivers, there are many content areas family caregivers may find helpful. Caregivers are confronted by increasing care coordination challenges, and a decline in function and overall well-being of the person living with dementia,” said co-first author Ellen Brown, Erica Wertheim Zohar Endowed Chair in Community Mental Health at Florida International University. “Additionally, a new caregiver may look for very different resources and information than a more experienced caregiver.”

To assess the potential for chatbots to assist with dementia care, a team of researchers from the University of Alabama, Florida International University, and UC Riverside identified 501 chatbot apps available for download on several popular platforms. After eliminating apps that had no chat feature, offered a chat with live humans, were not actually focused on dementia, were unavailable, or were a game, they ended up with 27 apps, only six of which fit all evaluation criteria. The apps that made the cut were: CogniCare mobile app; CogniCare (Alexa Skills version); My Life Story; Dementia Types; Build Your Brain Power; and Everything Memory.

The authors assessed the productivity, effectiveness, functionality and humanity, and overall satisfaction, including affect, ethics and behavior.

The apps were generally focused on the epidemiology and symptoms of dementia and less on caregiving skills and activities. It was difficult to start using all the apps, which would present a big hurdle for people without experience using computers or for people with dementia. The voice chatbot apps only responded to very specific pronunciations and vocabulary terms, limiting their use to certain speech styles and dialects. All six of the apps were only available in English, further limiting their usefulness.

However, once the researchers were able to get the programs started, they worked fairly well. Of the five chatbots designed to educate about dementia, three had a breadth of knowledge and flexibility in interpreting information. Users were able to interact with the apps in a human-like way, though only one, My Life Story, passed the Turing test, in which a person interacting with a computer cannot tell if it is a computer or real person. Some of the apps had features that increased the user’s enjoyment, such as soft background music, and one app elicited interaction with comments such as, “Tell me more.”

On ethics and privacy, only the two CogniCare apps, both produced by the same organization, fared well. All the other apps had various limitations that the researchers recommended should be improved to increase user confidence.

In general, the apps’ limited program content made it hard to have extended or varied conversations between users and chatbots. Because dementia is complex and the symptoms varied, this could limit the education and support the apps provide. It also was not clear if information programmed into the apps came from evidence-based medical literature or professional practice, or more questionable Internet sources.