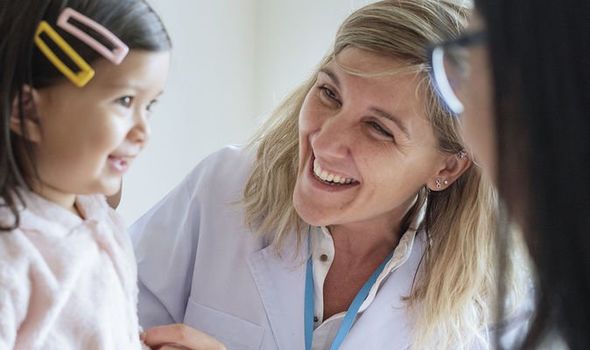 But the review of global test and tracing and population screening studies, led University College London (UCL), said evidence “remains weak” on how likely children are to transmit the virus to others. Researchers also concluded they did not have sufficient data to examine whether children under the age of 12 differed to teenagers in terms of susceptibility to the virus.

Lead author of the research, Professor Russell Viner of the UCL Great Ormond Street Institute of Child Health, said it was the “first comprehensive study” to review what is and is not known about “susceptibility and transmission” among children.

He said: “Our findings show children and young people appear 56 percent less likely to contract COVID-19 from infected others.

“This new data provides essential evidence to governments around the world to inform their decision-making on whether to reopen schools and reduce or end lockdown measures.”

For the review, researchers screened 6,332 studies and identified 18 with useful data. 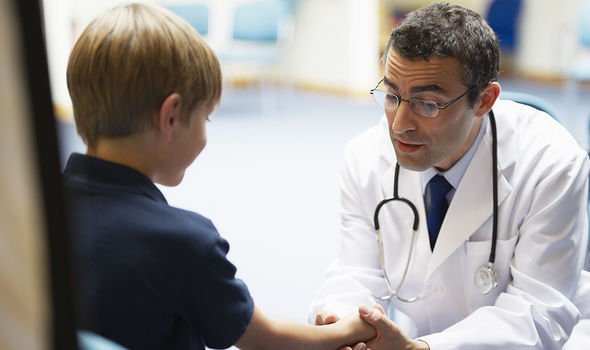 Nine were contact tracing studies from China, Taiwan, Japan and Australia, eight were population-screening studies and one was a systematic review of small household cluster contact-screening.

Researchers found that while children appear less likely to catch the virus from others, once they are infected it remains uncertain about how likely youngsters are to pass it on.

The researchers emphasised their non-peer-reviewed study provides no information on the level to which children can transmit the virus if they are infected.

Professor Viner said the research had yet to be published in a journal but researchers felt it was important to share it as part of the public debate.

Researchers acknowledged their work was limited by the low number of studies used and their mixed quality.

Speaking on a webinar hosted by the Science Media Centre on Friday, Professor Viner said the studies did not allow researchers to separate the data out by the age of a child.

They were also unable to look at whether children from different ethnic minority or economic backgrounds were at higher risk.

Asked about the potential reopening of schools in England next month, Prof Viner said the study was not about this issue, but the data could be used to look at it.

He added: “It’s preliminary evidence, but the weight of evidence I think in summary is clear that children appear to be less susceptible to SARS-CoV-2.

“We don’t have any data on transmissibility. We clearly have a state of uncertainty.

“I believe it is not helpful to make statements about what is safe and not safe as absolutes. All safety is a degree of safety.

Professor Viner said “the risk of death or severe infection from COVID-19 is exceptionally low in children”.

He said having an “effective test and trace mechanism in place is very important to mitigate the uncertainty about transmission from children”.

Prof Viner said there needed to be collaboration between the education and health systems to collect data and monitor infection rates, including having testing and tracing in schools.

Chris Bonell, a professor of public health sociology at the London School of Hygiene & Tropical Medicine (LSHTM), told the webinar that measures to mitigate the risk of transmission in schools were important, such as using an on-off rota of attendance.

He acknowledged teachers would lack time to help evaluate whether measures were working in schools, but suggested video cameras could be used, with appropriate safeguards.