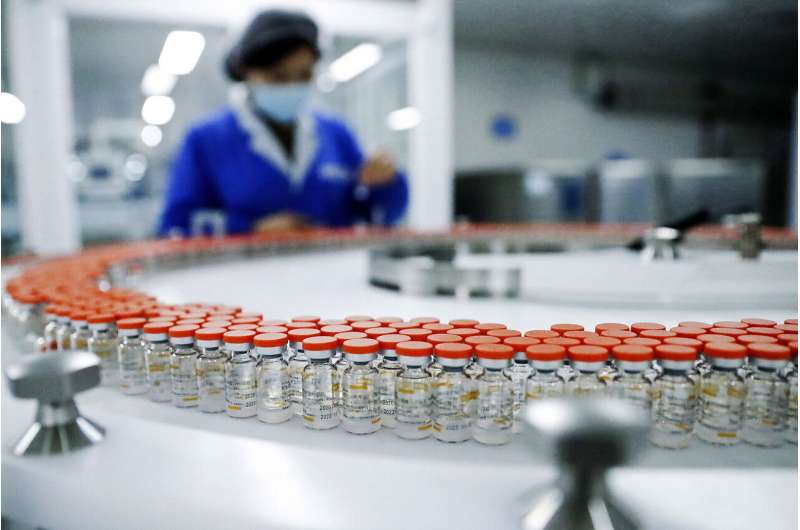 The plane laden with vaccines had just rolled to a stop at Santiago’s airport in late January, and Chile’s president, Sebastián Piñera, was beaming. “Today,” he said, “is a day of joy, emotion and hope.”

The source of that hope: China—a country that Chile and dozens of other nations are depending on to help rescue them from the COVID-19 pandemic.

China’s vaccine diplomacy campaign has been a surprising success: It has pledged roughly half a billion doses of its vaccine to more than 45 countries, according to a country-by-country tally by The Associated Press. With just four of China’s many vaccine makers able to produce at least 2.6 billion doses this year, a large part of the world’s population will end up inoculated not with the fancy Western vaccines boasting headline-grabbing efficacy rates, but with China’s humble, traditionally made shots.

Amid a dearth of public data on China’s vaccines, fears over their efficacy and safety are still pervasive in the countries depending on them, along with concerns about what China might want in return for deliveries. Nonetheless, inoculations with Chinese vaccines have begun in more than 25 countries, and the shots have been delivered to another 11, according to AP’s tally, based on independent reporting in those countries along with government and company announcements. 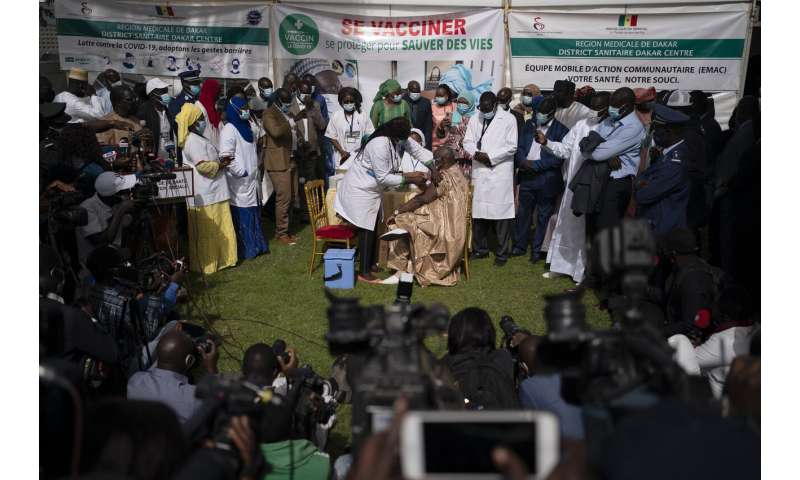 It’s a potential face-saving coup for China, which has been determined to transform itself from an object of mistrust over its initial mishandling of the COVID-19 outbreak to a savior.

“We’re seeing certainly real-time vaccine diplomacy start to play out, with China in the lead in terms of being able to manufacture vaccines within China and make them available to others,” said Krishna Udayakumar, founding director of the Duke Global Health Innovation Center at Duke University.

China has said it is supplying “vaccine aid” to 53 countries and exports to 27, but it rejected a request by the AP for the list. Beijing has denied vaccine diplomacy, and a Ministry of Foreign Affairs spokesperson said China considered the vaccine a “global public good.” Chinese experts reject any connection between the export of its vaccines and the revamping of its image. 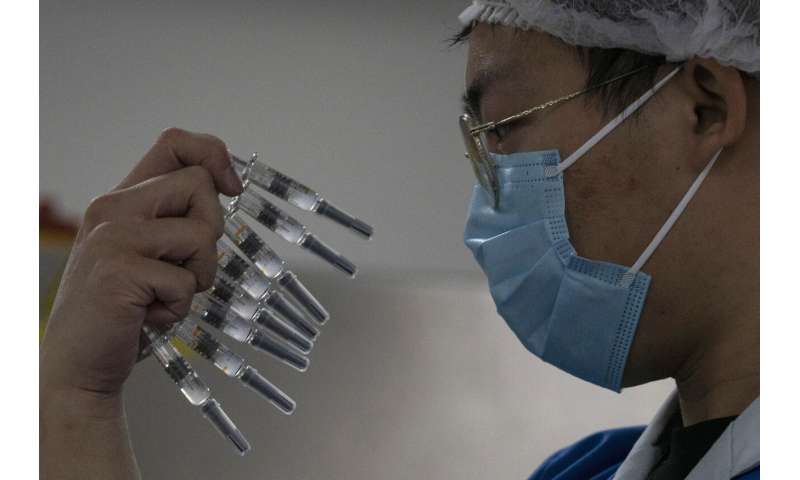 China has targeted the low- and middle-income countries largely left behind as rich nations scooped up most of the pricey vaccines produced by the likes of Pfizer and Moderna. And despite a few delays of its own, China has largely capitalized on slower-than-hoped-for deliveries by U.S. and European vaccine makers.

The choices are limited for Chile and many other low- and middle-income countries. Vaccine deployment globally has been dominated by rich nations, which have snapped up 5.4 billion of the 7.8 billion doses purchased worldwide, according to Duke University.

China’s vaccines, which can be stored in standard refrigerators, are attractive to many countries that may struggle to accommodate the ultracold storage needs of vaccines like Pfizer’s. 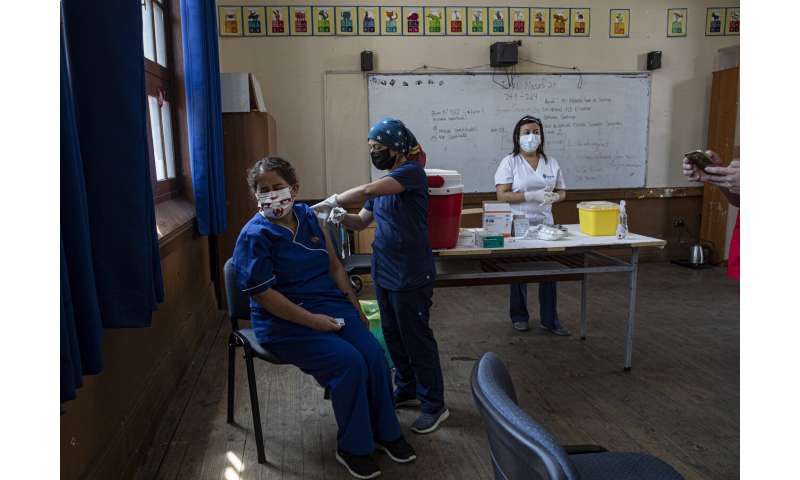 Sinovac and Sinopharm rely on a traditional technology in which a live virus is killed and then purified, triggering an immune response. Some countries view it as safer than the newer, less-proven technology used by some Western competitors that targets the coronavirus’ spike protein, despite the lack of publicly available safety data on the Chinese vaccines.

In Europe, China is providing the vaccine to countries such as Serbia and Hungary—a significant geopolitical victory in Central Europe and the Balkans, where the West, China and Russia are competing for political and economic influence. Hungary is the first EU country to use a Chinese vaccine.

But China’s vaccine diplomacy will be only as good as the vaccines it is offering, and it still faces hurdles.

“The Chinese vaccine, in particular, there was insufficient data available compared to other vaccines,” said Ahmed Hamdan Zayed, a nurse in Egypt who overcame his initial reluctance and got Sinopharm’s vaccine. 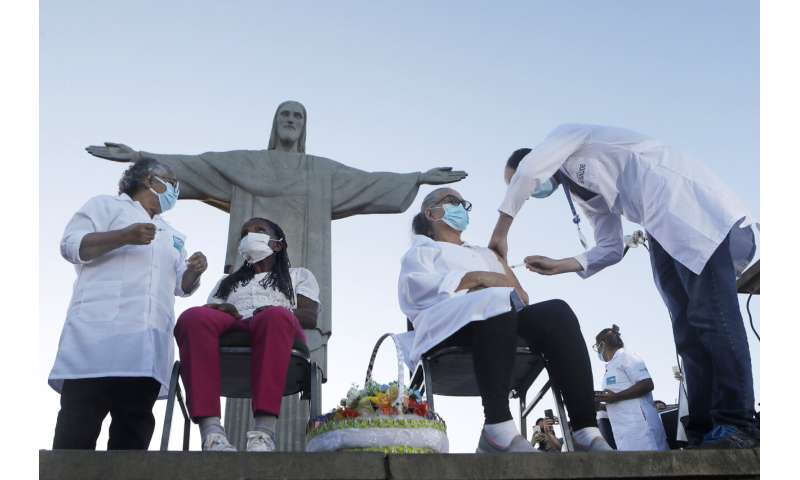 Sinopharm, which said its vaccine was 79% effective based on interim data from clinical trials, did not respond to interview requests.

Chinese vaccine companies have been “slow and spotty” in releasing their trial data, compared to companies like Pfizer and Moderna, said Yanzhong Huang, a global health expert at the U.S. think tank Council for Foreign Relations. None of China’s three vaccine candidates used globally have publicly released their late-stage clinical trial data. CanSino, another Chinese company with a one-shot vaccine that it says is 65% effective, declined to be interviewed.

There is also confusion around Sinovac’s efficacy. In Turkey, where Sinovac conducted part of its efficacy trials, officials have said the vaccine was 91% effective. However, in Brazil, officials revised the efficacy rate in late-stage clinical trials from 78% to just over 50% after including mild infections. 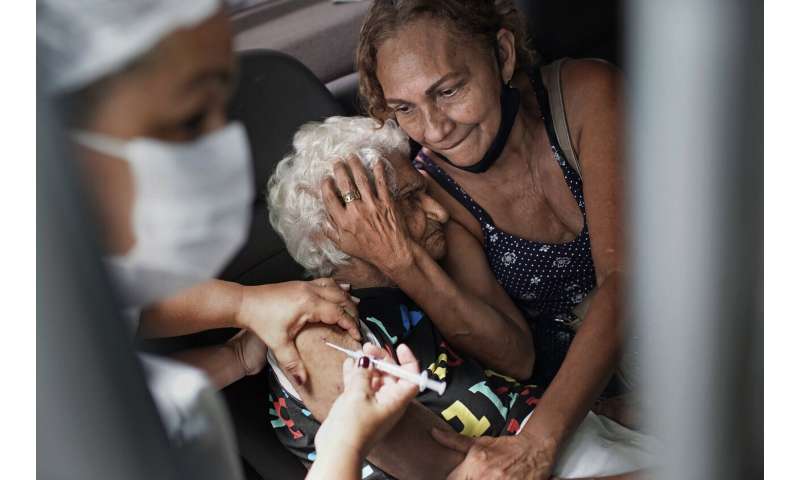 An expert panel in Hong Kong published data submitted by Sinovac to health regulators that showed the vaccine was just over 50% effective.

Globally, public health officials have said any vaccine that is at least 50% effective is useful.

Receiving countries are also worried that China’s vaccine diplomacy may come at a cost. In the Philippines, where Beijing is donating 600,000 vaccines, a senior diplomat said China’s Foreign Minister, Wang Yi, gave a subtle message to tone down public criticism of growing Chinese assertiveness in the disputed South China Sea.

The senior diplomat said Wang didn’t ask for anything in exchange for vaccines, but it was clear he wanted “friendly exchanges in public, like control your megaphone diplomacy a little.” The diplomat spoke on condition of anonymity to discuss the issue publicly. 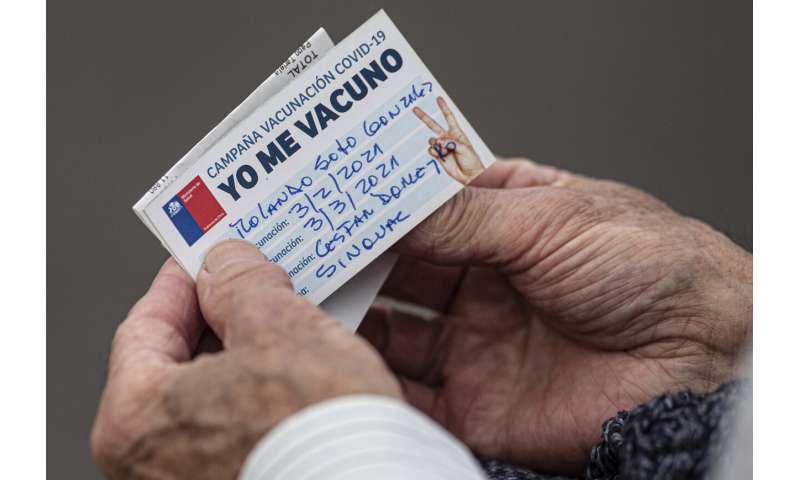 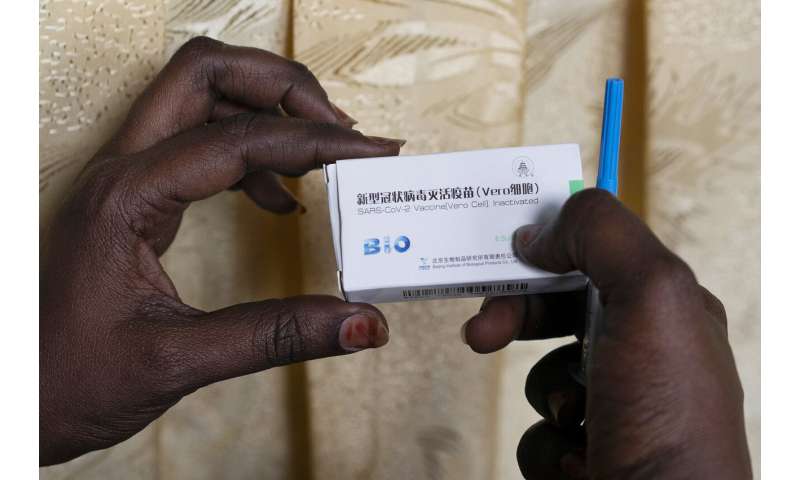 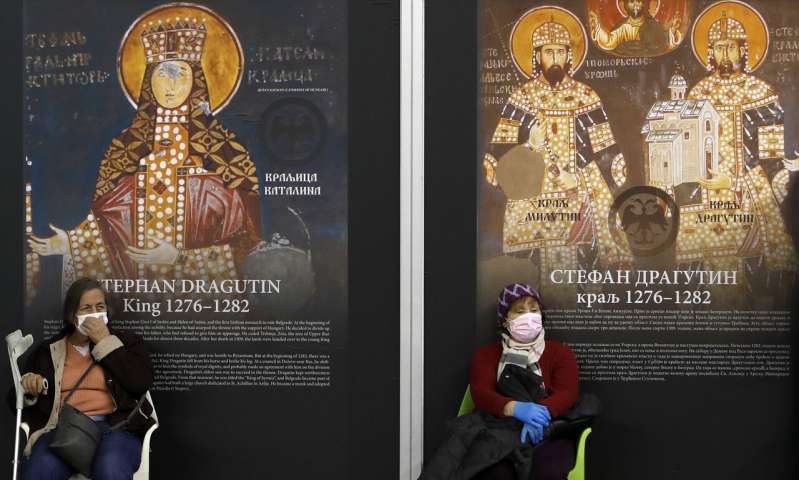 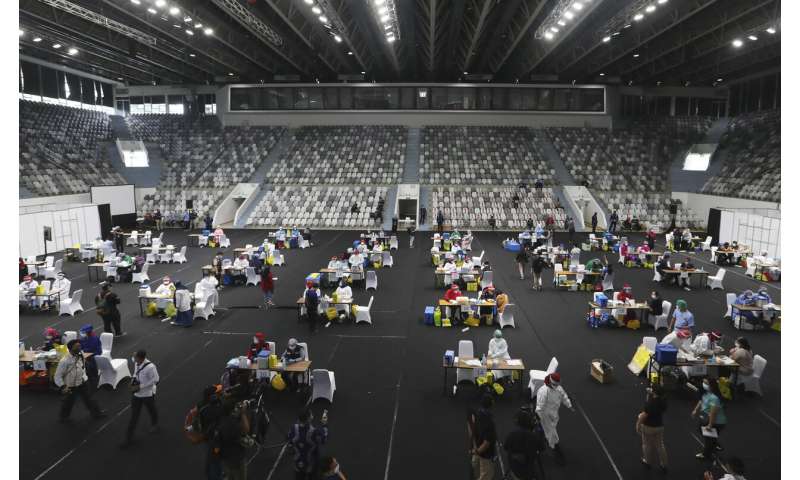 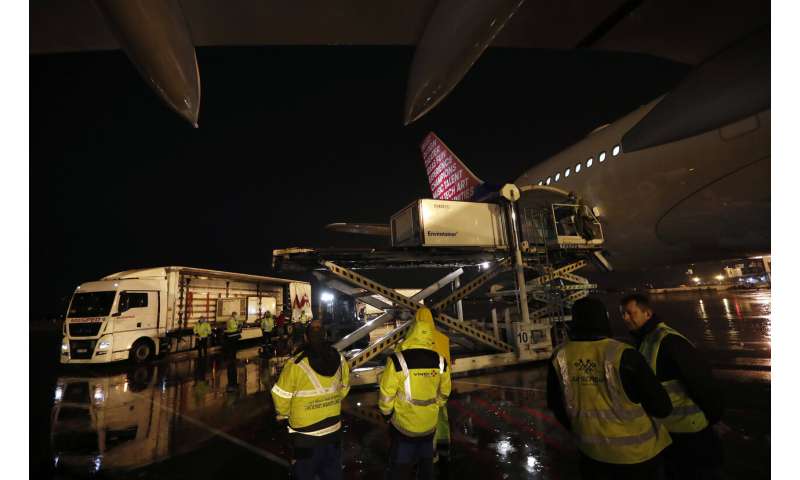 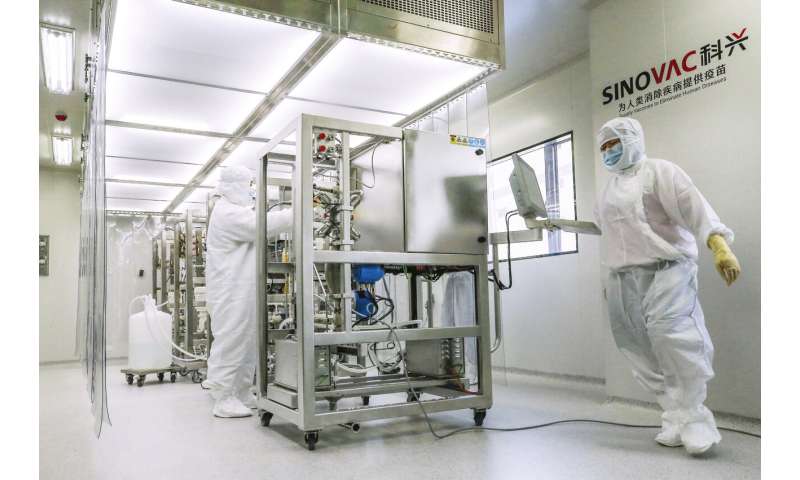 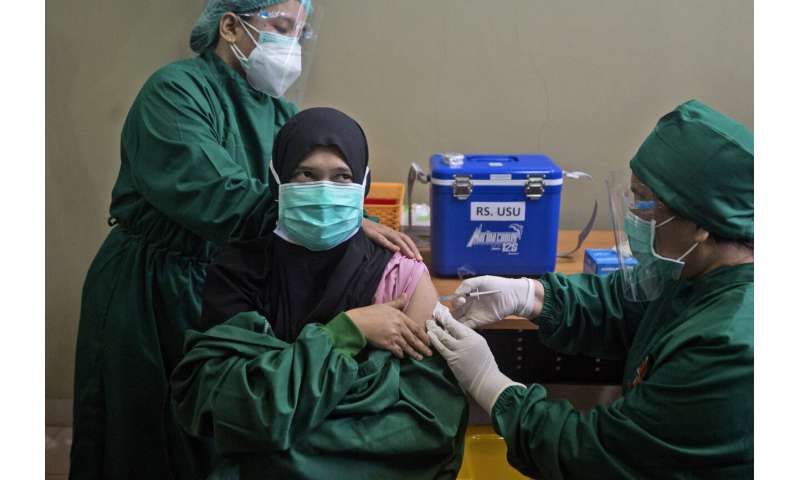 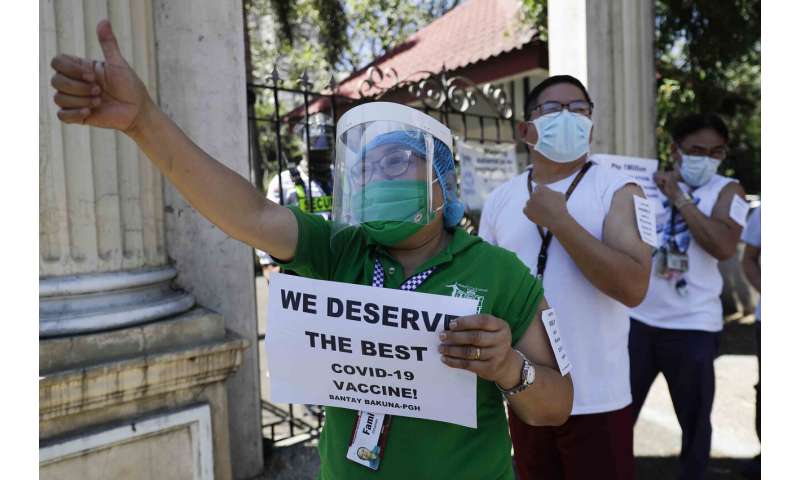 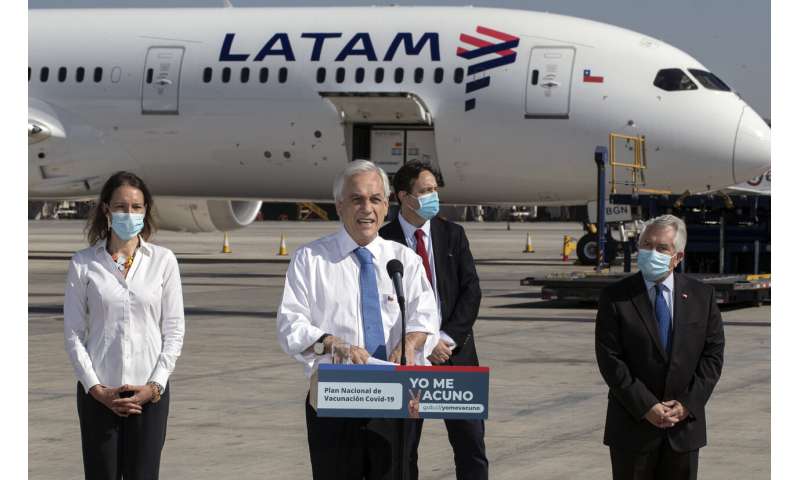 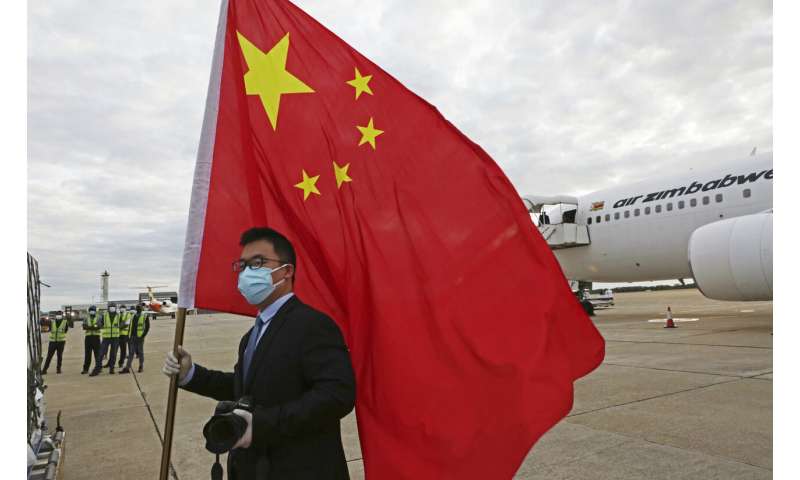 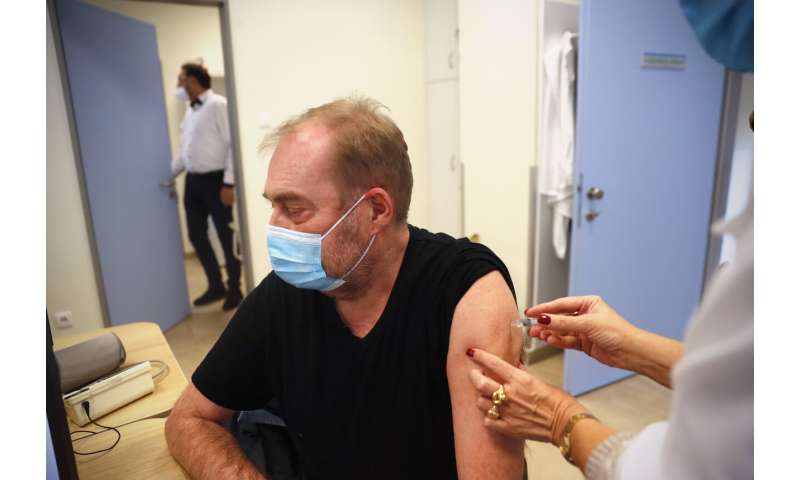