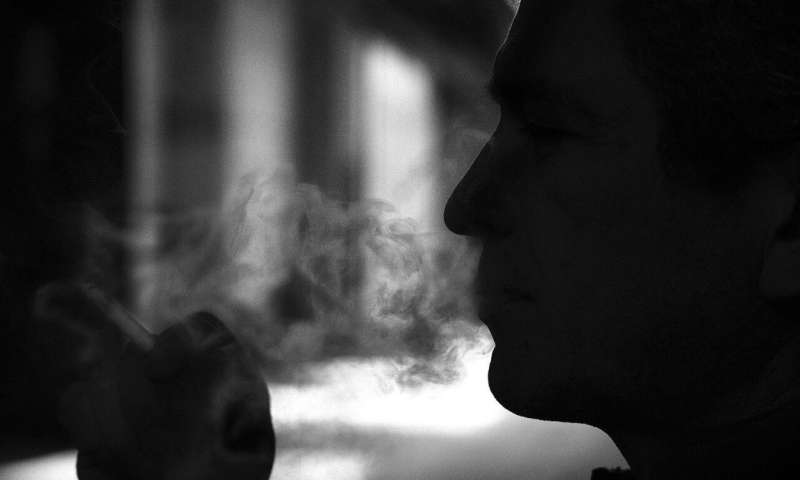 Patients treated for bladder cancer with a surgery known as radical cystectomy have worse outcomes if they are smokers, according to a systematic review and meta-analysis by Keck Medicine of USC. The study appeared in The Journal of Urology.

“This study is important because while it is known that tobacco smoking is the leading cause of bladder cancer, this is the first study to suggest that smoking puts bladder cancer patients at risk after diagnosis,” says Giovanni Cacciamani, MD, lead author of the study and assistant professor of research urology at the Keck School of Medicine of USC.

More than 500,000 cases of bladder cancer are diagnosed each year worldwide. When the cancer is large or has spread beyond the bladder, patients are typically treated with chemotherapy followed by a radical cystectomy, which is when the bladder, nearby lymph nodes and surrounding organs are surgically removed.

Cacciamani and fellow Keck Medicine researchers searched databases to select 17 studies that reported on the impact of tobacco smoking on chemotherapy response and survival outcomes of 13,777 patients following radical cystectomy. Of these patients, 40.8% were active smokers at the time of the surgery, 14.1% former smokers and 45.1% had never smoked or were not smoking at the time of the surgery.

The study showed that active smokers responded worse to chemotherapy and had higher mortality rates, both in general and specifically from bladder cancer, and a higher rate of bladder cancer recurrence than patients who never smoked or were not smoking at the time of surgery.

Former smokers also fared worse in these categories than those who had never smoked, even though the differences were less significant.

One reason smoking affects outcomes is that nicotine has shown to suppress the body’s immune system, leading to more complications, according to the study authors. “In addition, patients with a history of smoking tend to have more aggressive forms of cancer and, if they survive bladder cancer, are more at risk for other potentially fatal cancers, such as lung cancer,” says Cacciamani.

Looking forward, the researchers recommend that health care professionals advise bladder cancer patients to stop smoking after their diagnoses. “The research suggests that as long as a person is not smoking at the time of chemotherapy and surgery, they might do better,” says Cacciamani.

He also recommends that physicians monitor smokers more carefully post-surgery than other patients because they are more at risk for complications or death.