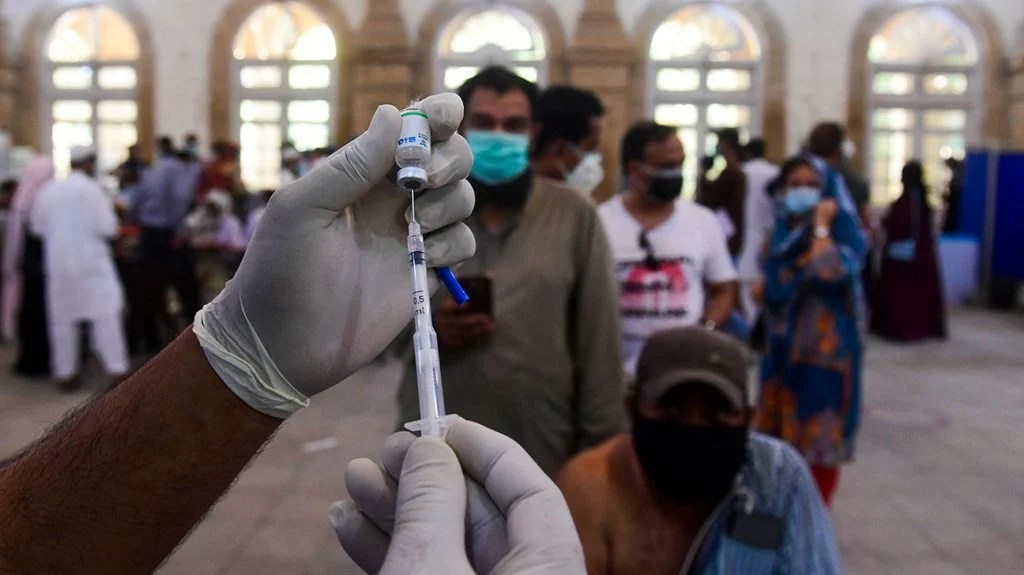 Immunization prevents deaths every year from diseases such as measles, influenza, diphtheria, polio, and whooping cough.

The World Health Organization (WHO) estimates that “if global vaccination coverage improves,” it could save the lives of an additional 1.5 million people.

Although there is substantial scientific and medical evidence supporting the safety and efficacy of vaccines to prevent disease, some people are reluctant or refuse vaccination despite availability. Experts refer to this as vaccine hesitancy.

In 2019, the identified vaccine hesitancy as a threat to global health. A WHO vaccine advisory committee identified the main drivers for vaccination refusal: mistrust, complacency, and difficulty acquiring vaccines.

Anti-vaccine groups in the United States and Europe and certain Islamic militant groups in Pakistan, Nigeria, and Afghanistan are opposed to vaccines. They promote the dissemination of misinformation about vaccines resulting in skepticism.

The effect of anti-vaccine propaganda upon immunization rates and potential adverse health implications are not well understood.

Recently, a group of researchers used a case study in Pakistan to investigate how disinformation can impact vaccine uptake.

The case study detailed a plan to capture Osama Bin Laden in Pakistan in 2011. The CIA used healthcare workers to obtain DNA samples from children living in a compound in the city of Abbottabad under the guise of offering them vaccinations. They hoped that this would provide proof of Bin Laden’s hiding place.

Those working with the CIA operated under the ruse of providing hepatitis B immunizations to children without the knowledge or consent of Pakistani health authorities. Upon disclosure of the CIA’s covert operation in a report in the United Kingdom’s Guardian newspaper, the Taliban retaliated; they launched anti-vaccine campaigns to undermine the credibility of vaccines and vaccination health workers.

The anti-vaccine propaganda claimed that the polio vaccination campaigns aimed to sterilize the Muslim population, accusing the health workers delivering the vaccines of being CIA spies.

Taliban leaders also purported that vaccines contained pig fat, which is forbidden for Muslims. They spread this misinformation during Friday prayers in radical mosques, illegal radio shows, and radical newspapers.

Researchers published their findings in the Journal of the European Economic Association.

The study examined data from the Pakistan Social and Living Standards Measurement household survey administered by Pakistan’s Bureau of Statistics, which contains individual vaccination status data. It focused on data from children living in Balochistan, Khyber Pakhtunkhwa, Punjab, Sindh, and Islamabad, comprising 97% of the population.

Researchers examined immunization rates as verified by vaccination card records of 18,795 children 24 months or younger for polio, diphtheria-pertussis-tetanus (DPT), or measles from January 2010 to July 2012.

The study collected electoral data from the 2008 elections, which preceded the disclosure of the CIA vaccine operation, to quantify and identify the geographic distribution of support for the conservative Islamic political coalition MMA.

Researchers also gathered data on the polio vaccination campaigns in Pakistan between 2008 and 2013. The study’s main objective was to compare vaccination rates across groups with different levels of exposure to information on the vaccine ruse and geographic areas with varying levels of support for Islamist parties.

The researchers found that the decrease in vaccination rates with the most significant Islamic party support resulted in almost a doubling in the average number of polio cases per district compared with districts with the lowest support.

The study does have certain limitations. For instance, changes in vaccine supply and under-reporting of vaccination status could have affected the results. In an interview with Medical News Today, one of the study’s authors Dr. Andreas Stegmann, Ph.D., Assistant Professor in the Department of Economics at the University of Warwick, U.K., outlined some of the studies strengths and limitations:

“One strength,” Dr. Stegmann told us, “is the relatively detailed data on children’s age and their immunization status, which allows us to trace the evolution of immunization rates in detail both over cohorts and across space.”

The key limitation, he explains, is that areas with higher levels of support for such parties may have been on a “different trajectory even prior to the disclosure. In this case, our estimates would effectively only pick up these pre-existing trends.”

Also, he explains how “there are questions about the underlying mechanism (a decline in trust in health services and immunization services) for which we provide a number of different pieces of evidence, but which ultimately remains open to related, but different interpretations.”

Overall, the study’s findings suggest that anti-vaccine campaigns spreading misinformation could increase the likelihood of mistrust in medicine and promote skepticism. This could lead to a decreased acceptance of immunization and an increase in preventable diseases

These results are especially pertinent during the COVID-19 pandemic, when vaccine uptake is crucial to achieving herd immunity and hasten the return to normalcy.