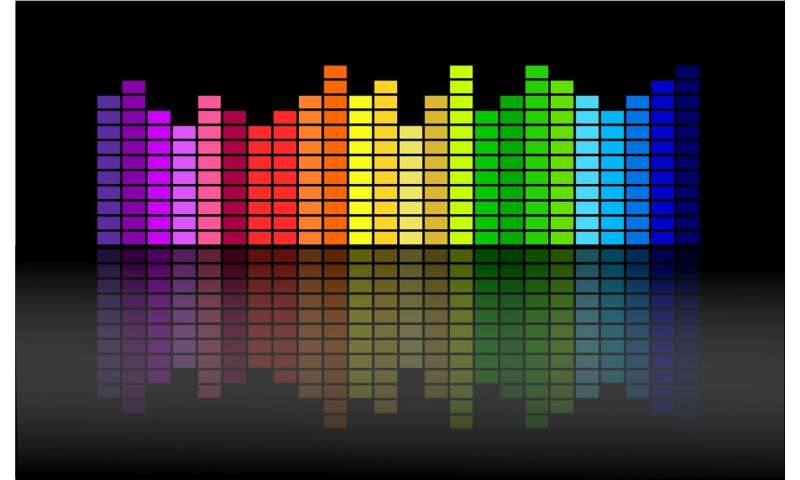 Researchers at the University of Westminster and City University of London analyzing the music record choices of guests on BBC Radio 4’s Desert Island Discs program has found that the music we listen to between the age of 10 and 30 define us for the rest of our lives.

Music from this time which the researchers call ‘self-defining period’ connects an individual to the people, places, and times that are significant to their identity. The study reveals that people imagining themselves in isolation not only prefer music reminding them of a time when they were aged between 10 and 30, but also they are most likely to choose music that reminds them of an important person playing to the sense that someone is with them, or an important turning point in their life as a powerful way to strengthen their sense of self.

In Britain’s longest running radio program guests are invited to imagine they are being cast away to a desert island and are asked to choose eight records to take with them. The researchers analyzed the responses of 80 Desert Island Discs guests to reveal how people choose music that is important to them and whether they are more likely to select music from a particular time in their life if they can choose anything they like.

Half of all musical choices were seen to be important between the ages of 10 and 30, a period that has been commonly known as the ‘reminiscence bump.” However, this new study reveals that it is more helpful to think of this period as a ‘self-defining period’ because it is characterized by enduring memories that support our sense of who we are. They suggest that listening to music is typically a key feature of this age and that music is also intrinsically linked to the developing self.

The power of music in identity formation is well-demonstrated through the reasons why people select certain records on Desert Island Discs. The most frequent reason for choosing a song (17%) was that it reminded the guest of their relationship with a specific person, such as a parent, partner or a friend, followed by a memory of a period of time (16.2%) such as reminding someone of their childhood or “remembering playing this at home over and over again.” The third most popular explanation for choosing a record was the song’s connection to specific memories relating to the formation of identity through life-changing moments (12.9%). Such reason was given by Bruce Springsteen, who said that the Beatles song “I want to hold your hand” had inspired him to pick up the guitar and start a band.

Professor Catherine Loveday, Neuropsychologist at the University of Westminster and Lead Researcher, said “Guests frequently chose songs because they were related to important memories that occurred during teenage years. This extends previous findings by showing that music from this time has particular meaning, primarily because it relates to memories from this very important developmental period of our life. Unlike previous studies, this study shows that this occurs even in a completely naturalistic setting, where people are not constrained by experimental settings and have a completely free rein on their musical choices.

“Because the premise of the program is that people imagine themselves in isolation, this research has relevance to anyone who becomes isolated, including during lockdown measures in the current coronavirus pandemic, or who becomes displaced from their everyday environment, such as residents in care homes, refugees or hospital patients.”