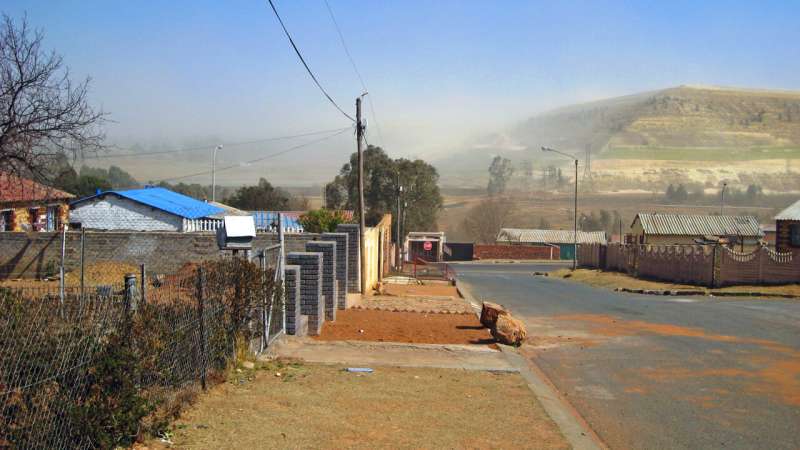 South Africa is home to the largest known gold deposit on Earth, the Witwatersrand basin near Johannesburg. When mining the desired precious metal, harmful, toxic and radioactive mining waste comes to the surface as a byproduct. An international research team, which involves scientists from the Helmholtz-Zentrum Dresden-Rossendorf (HZDR), is helping to determine the degree of uranium contamination and identify which populations are most at risk. To do so, the Dresden researchers are analyzing individual hair samples.

“In a preliminary study, we have already detected elevated uranium levels in the hair samples of individuals living in the vicinity of mine dumps and tailings dams in the region,” explains Dr. Susanne Sachs from the HZDR’s Institute of Resource Ecology. Dr. Johannes Raff, head of the Biogeochemistry Department at the institute adds that “with the new study that we are conducting as part of the collaboration, we now wish to pursue the question of how the measured uranium concentrations relate to the geographic and demographic conditions.” An estimated 1.6 million people of different social and ethnic backgrounds live in the vicinity of the mine waste deposits. Many of them are unaware of the danger that emanates from mining waste.

This is especially the case for children and adolescents from whom South African researchers collected hair samples during the first phase of the study—both from the exposed regions and from a control group with no exposure. Hair is suitable as sample material because the heavy metal concentrations measured in such samples are also representative of longer periods of previous exposure, unlike blood or urine samples, for example. The hair also provides information on whether the heavy metal has entered the blood stream. To facilitate later comparison of the samples, the researchers also record essential information of the child, including weight and height measurements, age, sex, occupation of the parents, health status, sources of water, presence of animals and home-grown foods, and other factors. Furthermore, they analyze environmental samples, including soil and dust from the surrounding environment. The predominant wind direction in regard to the mine waste deposits can especially play a role in determining uranium exposure.

Detecting uranium in the samples with mass spectrometry

In the next phase, the South African colleagues send the collected hair samples to Germany, where they are analyzed in the HZDR and VKTA laboratories at the Dresden-Rossendorf research site. Of particular importance for these analyses is the expertise available in Rossendorf in handling radionuclides and in analyzing trace concentrations in complex samples. After elaborate grinding, homogenization, purification and digestion of the hair samples, the researchers obtain a solution they can analyze by means of a mass spectrometer. The instrument separates the elements contained in the solution according to their atomic masses and in this way determines the uranium content down to the microgram. The measured results are then evaluated in conjunction with the collected demographic data as well as with the uranium content of the environmental samples and other factors.