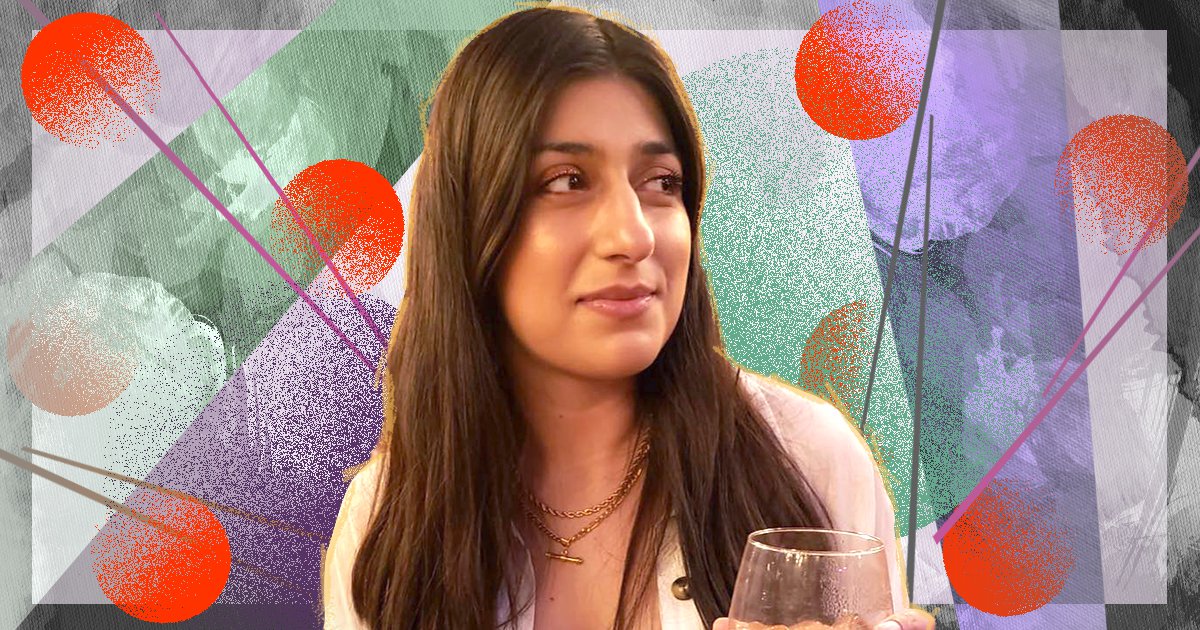 My stomach dropped and my eyes watered as I looked away from the screen that was broadcasting my cervix for a room of medics and myself to see – then I felt a sharp cut.

A wash of aloneness came over me in that moment as I held my own hand while in stirrups on a hospital bed in London.

A month before, I’d been told I had human papillomavirus (HPV) and abnormal cells after my first cervical cancer screening aged 25. I didn’t know who to talk to about it with and hid the result from friends and family, worried about what this all might mean.

This memory, of a biopsy being taken, happened last year during a colposcopy to examine those pre-cancer cells detected in my cervix.

It involved the use of a camera and special liquid to turn any abnormal cells white so they were easier to spot. I told myself I wouldn’t look at the screen, but, curiosity got the better of me – and it was nearly all white.

It’s an image I’ll never forget and one that haunts me still.

HPV is the name for a very common group of viruses that are in most cases unproblematic, but can develop into greater issues such as cancer. HPV is often spread through sexual contact, is generally symptomless, and isn’t picked up in standard sexual health screenings so many people have it and are none the wiser as the body can clear it on its own.

Even with the reassurance that because I’m young and don’t smoke my odds of clearing the HPV and dodgy cells are high, I often think about what might be happening to my cervix at a given moment – whether the cells are mutating, if the HPV has gone, and how I can’t know or control any of that until I’m next invited to an appointment.

After weakly climbing off the hospital bed and putting on a sanitary towel (which is necessary as a colposcopy comes with days of rust-coloured crap falling out of you), the health practitioner sketched out the various stages of pre-cancer cell development on a scrap piece of paper with a biro, indicating where mine were.

Apparently there wasn’t a leaflet I could take home.

Why there wasn’t a standard diagram for patients to see, I have no clue, but I got lucky; my practitioner was kind enough to go over our allotted time to explain it all because without that, I’d have left completely uneducated on what was happening to my own body – which, I now know, is how many people leave a colposcopy and HPV diagnosis.

It’s one thing to feel betrayed by your own body, and it’s another to feel this way about the healthcare system that’s supposed to help you get better.

The more research I’ve done on this subject, the less faith I have in the provisions available or the treatment of patients.

Trans men aren’t invited to screenings; it’s seen as a women’s issue – even though men are getting HPV derived cancers; women are being told they can’t be helped when they have abnormal bleeding; and some experts don’t believe the current cervical cancer screening process is up to scratch.

HPV and its possible complications are seldom spoken of, so I didn’t know who to talk to when it was my turn to be impacted by it (as 80% of us will be) and that lack of shared experience and knowledge was terrifying.

This week, I want to change that, so I’m launching a series exploring HPV and its related cancers called You, Me & HPV. The ‘you’ meaning us all – any human body, no matter its biology, can contract and be affected by HPV.

Since I’ve been more open about my experience, others have returned the favour – friends I didn’t even realise were also silently scared about pre-cancer cells.

The truth is, HPV is so common and most people won’t have complications, but the shame and confusion around this virus means we often don’t get the information we need.

Anecdotally, the common theme among friends is they didn’t feel clear on what to do after contracting HPV. Do they tell their partners? Should they be worried? Should they change aspects of their lifestyle? Can they still have sex?

We’re going to answer some of those questions this week, as well as question the narrative we’ve been told about this virus.

The success of the HPV vaccine has been sung far too loudly and this is making us complacent in finding out more.

While it’s saved lives and been a major gamechanger, it’s not the be-all and end-all – though public health officials often speak about the vaccine as though it is.

We’re forgetting about women over the age of 28 who won’t have been offered the vaccine, men who joined the programme late, doctors who believe extending to five years between cervical screenings is too long, the fact the vaccine doesn’t protect against all 100+ strains of HPV, nor is it lifelong protection… and the list goes on.

By and large HPV isn’t something to worry about, but the most severe repercussions of HPV have devastating impacts upon people’s lives, so it’s time we learned more about one of the most common viruses we’ll pass between each other.

This week, Metro.co.uk is looking at HPV and its related cancers from a range of perspectives.

HPV is something that eight in 10 of us will encounter at some stage of our lives. It’s spread through skin-to-skin contact, not just penetrative sex. There is even some evidence to suggest it can spread through deep kissing.

It isn’t tested for in a standard sexual health screening, so it’s near impossible to know when or where a person might have contracted it or who they might have passed it onto.

For most people, their bodies will fight the virus off in around one to two years without any lasting effects. For some people however, it can make them more vulnerable to cancers of the cervix, anus, head and neck, penis, vagina and vulva.

Over this week, we’ll be exploring the human issues that come with HPV and its related cancers.