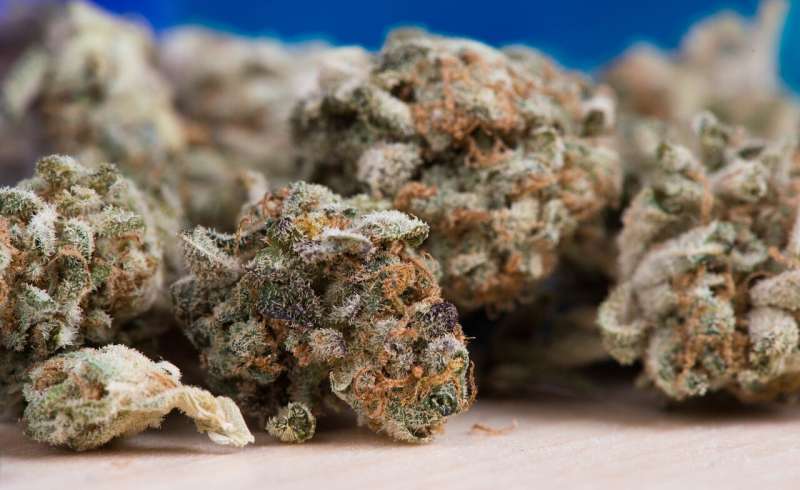 Law enforcement seizures of drugs, particularly marijuana and methamphetamine, dropped at the beginning of the COVID-19 pandemic, then increased significantly in the following months—exceeding pre-pandemic seizure rates and providing clues about the impact of the crisis on substance use, according to a new study in the journal Drug and Alcohol Dependence.

Early research about how the pandemic has affected patterns of substance use has yielded mixed results. Some sources suggest that overall drug use has increased, while others point to a drop in use and availability of certain drugs. During the same period, multiple studies show an increase in overdoses.

Given conflicting information about changes in drug use, availability, and overdoses after the onset of the COVID-19 pandemic, NDEWS researchers examined trends in drug seizures recorded in the National High Intensity Drug Trafficking Area Program’s Performance Management Process database to gain additional insight as to how the pandemic and its associated restrictions have shifted drug use.

“Although seizure data is not the most robust indicator of the prevalence of drug use, it does serve as an indicator of drug supply and availability,” said study author Joseph Palamar, Ph.D., MPH, an associate professor of population health at NYU Grossman School of Medicine, an affiliated researcher with the Center for Drug Use and HIV/HCV Research (CDUHR) at NYU School of Global Public Health, NDEWS co-investigator and chair of the NDEWS Scientific Advisory Group. “For example, fewer seizures, or lower volumes of drugs seized, can reflect a disruption of drug supply chains.”

The researchers looked at trends in 29,574 seizures of marijuana, cocaine, methamphetamine, heroin, and fentanyl within five geographic areas: Washington/Baltimore, Chicago, Ohio, New Mexico, and North Florida. They examined the number and total weight of seizures from March 2019, a year before the pandemic began in the U.S., through September 2020, six months into the pandemic.

They detected a sharp decrease in drug seizures—particularly marijuana and methamphetamine—in March and April 2020, when stay-at-home orders were put into place across the country. After reaching a low point in April, the number of seizures then increased through the remainder of the spring and summer when social distancing measures became more relaxed, peaking in August 2020. The weight of drugs seized by law enforcement also significantly increased after April, driven by an increase in volume of marijuana seizures.

Notably, the August peaks in the number and volume of seizures for marijuana and methamphetamine were higher than a year earlier. However, it is unknown whether the peaks represent greater availability of the drugs or whether law enforcement officials were merely “catching up” after several months of delayed seizures.

The researchers did not detect significant shifts in seizures involving cocaine, heroin, or fentanyl during the early months of the COVID-19 pandemic, although seizures involving fentanyl slowly increased in a stable manner over the two years independent of the pandemic.

The study authors noted that more research is warranted to determine the extent to which these seizures reflect changes in drug use. While decreases in seizures, for instance, likely indicate lower availability, it is also possible that fewer seizures may have indicated less drug law enforcement activity during the early months of the pandemic.