The ongoing coronavirus disease 2019 (COVID-19) pandemic, caused by the severe acute respiratory syndrome coronavirus 2 (SARS-CoV-2), is primarily a severe pulmonary disease that can be fatal in a significant minority of cases. It leads to respiratory insufficiency in a larger number of patients, who have to be put on mechanical ventilation.

A new study by researchers at the Northwestern University Feinberg School of Medicine, USA, reports the findings of a study on the safety of tracheostomy of critically ill patients and the feasibility of decannulation in most survivors. The researchers view this as a means to improve care in these patients. 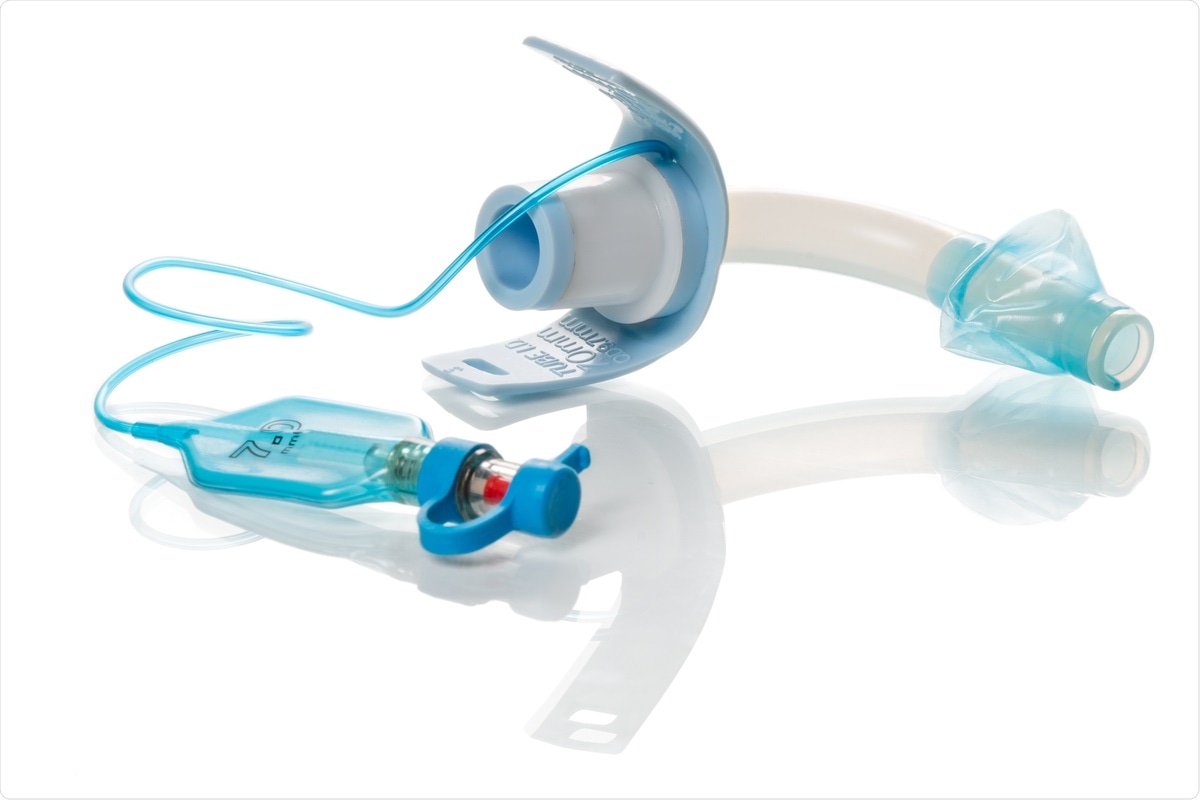 The team released its findings as a preprint on the medRxiv* server.

At present, several medical societies have prepared their guidelines on the safe and timely performance of tracheostomy in severe or critical COVID-19. Several studies have also examined the procedure as well as its outcomes following long periods of cannulation, in terms of patient survival and successful removal of the tracheostomy tube.

The periods after which tracheostomy is resorted to having varied from 12-16 days, in some studies with large groups of patients, from Spain and England. In the former study, 23% of patients died, while 81% of survivors were successfully weaned off the ventilator.

In an English study, 15% of patients died within a month, but 99% of survivors were able to have the tube removed. With other studies of smaller size, the rates of weaning have varied from 8% to 13%, but another large meta-analysis of over 3,000 studies showed a slightly higher rate of decannulation, at 35%.

The different rates of weaning may be due to the variations in the availability of advanced facilities for long-term acute care facilities in different places, as well as their capacity for transferring SARS-CoV-2 patients.

The current study examined tracheostomy practice at a big urban teaching hospital in the US, with many patients infected with SARS-CoV-2 who were in respiratory failure and had undergone percutaneous bedside tracheostomy.

The researchers aimed to assess both the death and decannulation rates and the features associated with good outcomes.

The study was performed mostly within the first wave of the pandemic, but a significant minority of patients from the second wave were also included.

The study included 59 patients, with a median age of 66 years, the majority (at ~70%) being male. The median body mass index (BMI) was 27, and the median number of pre-existing conditions per patient was 2.

Tracheostomy was classified as early or late if performed within 14 days of beginning mechanical ventilation or after this period. The median time from intubation to tracheostomy was 19 days. At the point of tracheostomy, the median positive end-expiratory pressure (PEEP) was ten and the FiO2 40%.

The insertion of the tracheostomy was uncomplicated in all cases. Forty-nine patients developed pneumonia, comprising over 80% of the group. However, the majority of cases of pneumonia occurred before the procedure (37 to 49 patients).

Other complications that were common in the hospitalized group included venous thromboembolism (56%), acute renal failure requiring dialysis (44%), and pneumothorax (24%).

Patients were followed up for a median period of 42 days, with data being available for 30 or more days for over 80% of patients. The median duration of stay in the hospital was 41 days and in the intensive care unit (ICU) 37 days.

A third of the patients failed to survive, with around 30% dying before hospital discharge. Acute kidney failure patients who had to be put on dialysis, and those with pneumothorax, had three-fold and six-fold the risk of death and only one-third the chances of being weaned by the time of discharge.

Lower FiO2 was, in turn, associated with a reduction in the duration of ICU stay from 38 to 30 days. Both early and late tracheostomies showed similar rates of survival and decannulation.

Almost 60% of patients were successfully decannulated – that is, 34 patients, who make up 83% of survivors. Successful decannulation was more likely with younger patients, those with a higher BMI, and those who had a lower FiO2 at tracheostomy. Pneumothorax was associated with lower rates of decannulation.

The median period on ventilation was 35 days, but the median interval from tracheostomy to weaning was half that, at 17 days. Half of these patients were weaned from ventilation by the time they were discharged from the hospital, with the median decannulation interval being 24 days (over three weeks).

By the time of study publication, 64% of the patients – that is, 36 survivors – had been weaned prior to discharge. Females were three times as likely to be weaned successfully, but the rate dropped by two-thirds in patients on dialysis because of acute renal failure.

The study shows that “tracheostomy for SARS-CoV-2 patients was a safe and reasonable practice for prolonged respiratory failure.” It did not put the operators at risk of infection during the procedure.

In the current study, the timing of tracheostomy was decided based on conventional parameters, such as the level of oxygenation and circulatory function. Sedation may perhaps be lightened more easily if tracheostomy is performed, helping to wean SARS-CoV-2 patients from ventilation, just as with other causes of prolonged respiratory failure.

The lack of correlation between early tracheostomy and early weaning differs from that found in other studies.

The mortality in this study was higher than that reported in most earlier studies, including the large Spanish study with a mortality of 23%. This could be because of higher percentage of transfers from outside hospitals to the center in which this study was conducted.

The encouraging figure of 80% decannulation rates among survivors may help promote tracheostomy as a safe procedure for patients in prolonged respiratory failure, and one which is helpful for many patients in weaning from ventilation.