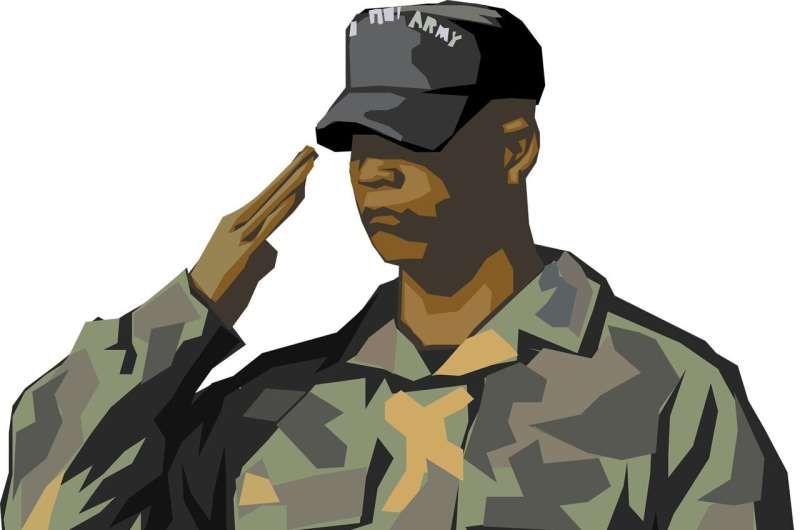 Led by Phoenix Australia–Center for Posttraumatic Mental Health at the University of Melbourne, researchers developed the national Rapid Exposure Supporting Trauma Recovery (RESTORE) trial to study whether a faster treatment of PTSD could deliver equal, or better mental health benefits.

The RESTORE trial is Australia’s largest ever treatment trial of PTSD in military personnel and veterans.

Currently, prolonged exposure therapy is the most effective treatment for PTSD and involves weekly treatment, with therapists guiding and supporting patients as they work through specific traumatic events. Over the course of the therapy, reactions to the memories of these events become less intense.

However, many military personnel and veterans do not access this treatment due to barriers in attending weekly treatment over longer periods of time and therefore do not receive its benefits.

The RESTORE trial showed the intensive treatment was equally effective in significantly reducing symptoms of PTSD in almost all participants, with over 50% in both treatment options no longer meeting criteria for the condition.

“We know that many military personnel and veterans experience a range of barriers to uptake of trauma focused therapies that extend over longer periods of time. The opportunity to be in the same place for long periods of time for example, may not exist and this makes it more difficult to commit to and engage with effective treatment.”

As well as finding that intensive exposure is equally effective, researchers also found participants were almost four times more likely to complete the treatment program in its entirety.

“Our research has shown a more intensive version of PTSD treatment is highly effective, which can overcome a significant barrier for those military personnel and veterans who may have only brief windows of time in which to receive treatment.”

Importantly, researchers found that they can train providers of mental health care to military personnel and veterans to deliver this much shorter, rapid evidence-based treatment for PTSD with great effect.

“We can act immediately to ensure our military personnel and veterans with PTSD have access to the best possible mental health treatments and evidence-based care to prevent the development of more serious, life debilitating problems and quickly improve the lives of those who have had PTSD for some time,” Phoenix Australia Director, Professor David Forbes said.