The U.S. Food and Drug Administration (FDA) on Wednesday issued final guidance to the food industry for voluntarily reducing sodium in processed, packaged and prepared foods.

“Although the average intake would still be above the Dietary Guidelines for Americans’ recommended limit of 2,300 mg per day for those 14 and older, we know that even these modest reductions made slowly over the next few years will substantially decrease diet-related diseases,” the agency said in a news release.

The guidance is aimed at reducing sodium levels in 163 subcategories of foods.

The FDA said it hoped the initiative would become “one of the most significant public health nutrition interventions in a generation,” noting that the U.S. is facing a “growing epidemic of preventable, diet-related conditions like cardiovascular disease, diabetes and obesity.”

Limiting sodium in diets, it noted, plays a key role in preventing diseases, like hypertension and cardiovascular disease, which disproportionately impact racial and ethnic minority groups, result in the loss of hundreds of thousands of lives and cost billions annually.

The COVID-19 pandemic, the FDA said, has magnified these health disparities, and research shows that Americans consume 50% more sodium than recommended.

What’s more, 95% of children age 2 to 13 years old exceed recommended limits of sodium for their age groups, and the majority of sodium in U.S. diets comes from packaged, processed and restaurant foods, making it tricky to limit sodium.

The FDA notes that sodium is added to these foods to control microbial growth as well as improve flavor and texture. People “usually don’t notice small reductions” of about 10% in sodium, and taste buds get used to gradual changes, the agency said in an accompanying FAQ page.

The FDA urged that the food industry work to meet short-term goals as soon as possible and said the agency would continue a dialogue with the industry’s members as sodium content of food supply is monitored to evaluate progress.

The agency will work in tandem with other groups, like the U.S. Department of Agriculture and the U.S. Centers for Disease Control and Prevention.

However, additional support across all types of food is needed to help consumers, and an iterative approach with gradual reductions has been effective in other countries, according to the FDA.

The FDA said its guidance can have a “profound impact” on the health of millions of people. 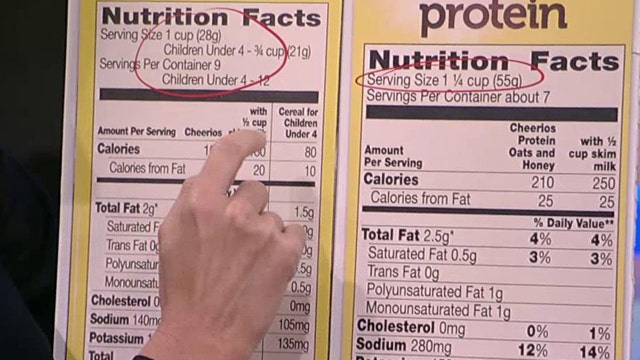 “The FDA is committed to playing its part with the tools available to us to help create a healthier food supply, promote healthy habits early and empower consumers to make healthier food choices. We have already taken steps through our Closer to Zero action plan for reducing exposure to toxic elements in foods commonly eaten by babies and young children to the lowest possible levels and have more work ahead using a similar iterative process,” the agency said. “Many of our federal, state and local partners also have initiatives underway that support sodium reduction and help people achieve healthier eating patterns overall. If we act together, we can have a profound impact on the health of millions of people.”

Too much sodium can raise blood pressure, which is a major risk factor for heart disease and stroke.