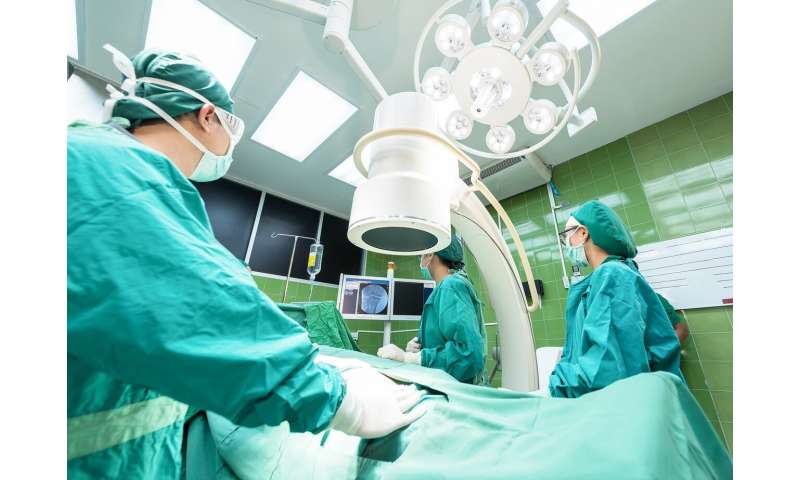 Female surgeons at a large academic medical center perform less complex surgical procedures than their male counterparts, according to a new study by researchers at Massachusetts General Hospital (MGH). This study, published in Annals of Surgery, is one of the first to measure the problem of underemployment among female surgeons in the United States, which can affect compensation, career advancement and job satisfaction.

Only about one in five surgeons practicing in U.S. is female. Unemployment is virtually nonexistent among surgeons, but many female surgeons, as well as professional women in other fields, experience underemployment—the underuse of skills—according to the Federal Reserve Bank. “Women in surgery talk among themselves about how they may be perceived as less confident or competent, and for those reasons they may have less opportunity to do exciting and challenging cases,” says Cassandra Kelleher, MD, a pediatric surgeon at MGH and senior author of the Annals of Surgery study. “We wondered if this was true, and if so, why?”

To find out, Kelleher, post-doctoral researcher Ya-Wen Chen, MD, MPH, the lead author of the study, and several colleagues analyzed 551,047 case records from operations performed by 131 surgeons at MGH between 1997 and 2018. To compare the difficulty of surgeries that females and males performed, the researchers used a universally accepted metric known as the work Relative Value Unit (wRVU), which measures the technical complexity of a procedure.

The study found that the mean wRVU for cases performed by male surgeons was 10.8, compared to 8.3 for female surgeons, a difference in complexity of 23 percent. “If you multiply that over the course of a year or a career, that’s a huge difference,” says Chen.

The study’s design ruled out common explanations for why female surgeons perform less complex procedures, such as their choice of subspecialty, or that women are less available due to family commitments. The study also found no sign that the problem has improved over the last two decades and indicated that underemployment was a more significant problem for female surgeons with greater seniority.