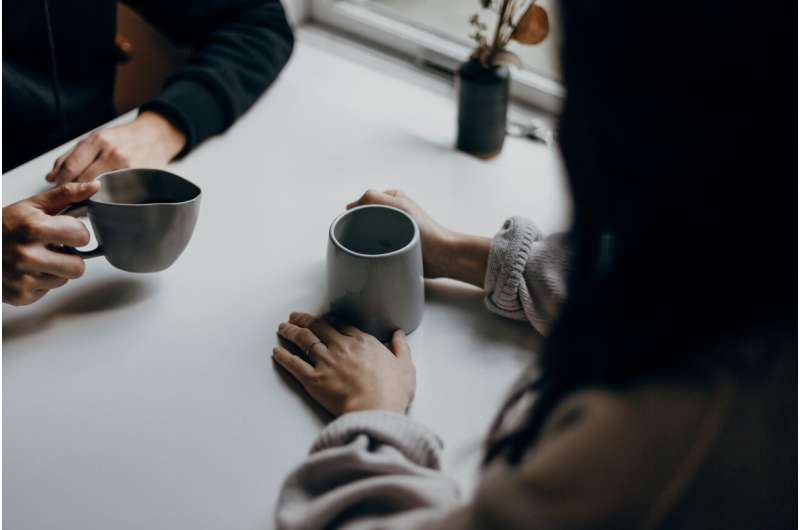 In a new study, participants who engaged in small talk with others formed impressions about their conversation partners’ personalities that subsequently appeared to influence their behavior when playing strategic games with them. Neha Bose and Daniel Sgroi of the University of Warwick, U.K., present these findings in the open-access journal PLOS ONE on August 31, 2022.

Numerous prior studies have examined the role of people’s personalities on strategic behavior in the field of economics. However, less is known about how people’s impressions of others’ personalities might influence strategic interactions. Previous research has explored how personality impressions may arise through face-to-face interactions, observing others’ physical appearance, or observing their behavior.

The researchers found that participants who engaged in small talk formed impressions about their partners’ personalities—particularly regarding their level of extraversion, and these impressions appeared to influence their strategic behavior during the games.

The influence of small-talk-derived personality impressions varied depending on the specific game. In one game with both competitive and cooperative elements, participants behaved more cooperatively if they believed their partner to be extraverted. In a competitive game involving prediction of the opponent’s behavior, participants faced greater difficulty in out-guessing opponents if they felt they shared similar personality traits with each other.

The authors note that this study is exploratory, and that it could serve as a first step towards future research into the links between personality impressions and strategic decision making across a range of real-world contexts.