For the past decade, considerable discussion has been made on the extent to which cognitive bias can impact how decisions are made in forensics. Although cognitive bias can arise naturally for a number of different reasons, significant consequences – including incorrect conclusions, overstatements and impartial decisions – may occur.

The critical role of forensic evidence in court proceedings, therefore, requires intense investigation into the role that cognitive bias has in forensics, as well as different practices that can be adopted to counteract its effects. 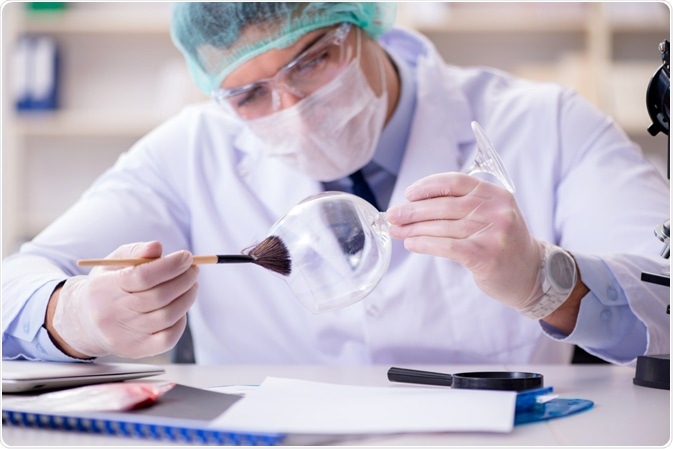 What is cognitive bias?

The term cognitive bias is used to describe various, and often natural, processes that can lead an individual to make incorrect judgments or interpretations. To date, over 180 different types of cognitive biases have been proposed, ranging from actor-observer bias to confirmation bias.

In the field of forensic science, a specific type of cognitive bias, termed forensic confirmation bias, describes how an individual’s beliefs, motives and situational context can affect the way in which criminal evidence is collected and evaluated.

For example, a forensic scientist that has been provided with extraneous information, such as the suspect’s ethnicity, previous criminal record, eyewitness identification or other types of evidence, can potentially bias the examiner throughout the course of their analysis.

Despite the widespread evidence demonstrating the influence that outside information can have on forensic scientists, many experts in this field still believe that they are impervious to forensic confirmation bias and that their judgments are consistently 100% accurate.

A survey conducted in 2017 found that the majority of forensic examiners maintain a bias blind spot. The experts recognized the possibility that outside information could affect their analysis but ultimately denied that those expectations would ever affect their final conclusions.

This study also found that many of the surveyed examiners were not properly trained about cognitive bias and were, therefore, unable to properly mitigate this bias in their work. It is important to note that the examiners surveyed in this study that did undergo bias training were still ineffective in overcoming the effects that this bias had on their work.

Exposure control approach as a countermeasure to cognitive bias

The adoption of an exposure control approach has also been postulated as a method to prevent cognitive bias in forensics. This approach involves taking various measures, either by the forensic examiner themselves or through external intervention, in order to ensure that the examiner is not exposed to any potentially biasing information throughout the analysis process.

For example, in 2016, the President’s Council of Advisors on Science and Technology stressed the importance that forensic scientists are blinded throughout the course of a criminal case in order to prevent the potential bias of any relevant information.

Forensic experts can be blinded to extraneous information by case managers who can ensure that only relevant and appropriate information is provided to the forensics team. Although the use of double-blinded studies is a standard approach in clinical studies, forensic science has not fully incorporated this countermeasure to their practices.

Another method associated with the exposure control approach in forensics involves the use of Linear Sequential Unmasking (LSU) protocols. LSU protocols detail the flow of information presented to examiners in an effort to prevent their unnecessary exposure to extraneous information.

LSUs have exhibited significant success in forensics, as they ensure that only relevant contextual information is provided to examiners. Forensic scientists are, therefore, free to repeat experiments as necessary and revise initial judgments without fearing that irrelevant information has compromised the validity of their results.