A study in mice suggests that a diet high in the sugar fructose worsens inflammatory bowel disease (IBD). Changes in gut bacteria appeared to mediate the effect. 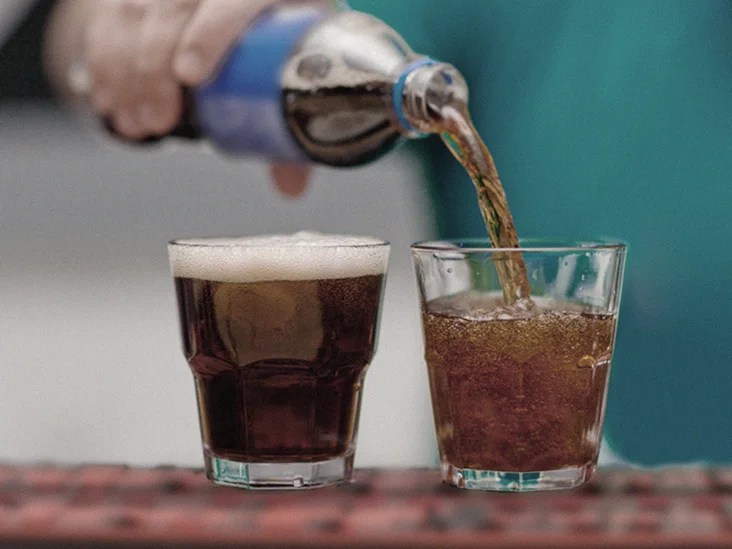 IBD is an umbrella term for several conditions that feature chronic inflammation of the digestive tract. The two most common types of IBD are ulcerative colitis and Crohn’s disease.

Common symptoms of IBD include:

The incidence of IBD has been increasing worldwide.

According to the Centers for Disease Control and Prevention (CDC), the number of adults receiving an IBD diagnosis each year in the United States increased from 2 million in 1999 to 3 million in 2015.

Previous research in animals has found that a diet high in fructose can damage the colon and cause inflammation. This finding suggests that a higher fructose intake may have played a role in the increased incidence of IBD in recent decades.

Population studies have not always shown an association between refined sugar intake and IBD. One large study found no association between any specific dietary pattern and IBD. However, the results showed that a diet high in sugar and soft drinks did increase the risk of ulcerative colitis in cases where vegetable intake was low.

The consumption of fructose has increased by almost one-third in the U.S. over the past 3 decades, according to some estimates.

“The increasing incidence of IBD parallels higher levels of fructose consumption in the U.S. and other countries,” says David Montrose, Ph.D., of the Renaissance School of Medicine at Stony Brook University, NY, who led the new research.

Montrose and his colleagues at Weill Cornell Medicine in New York City, NY, wanted to investigate whether fructose worsens inflammation in mouse models of IBD.

They also tested the idea that changes in the community of microorganisms living in the gut, known as its “microbiota,” mediate the inflammatory effects of fructose.

“Our findings provide evidence of a direct link between dietary fructose and IBD and support the concept that high consumption of fructose could worsen disease in people with IBD. This is important because it has the potential to provide guidance on diet choices for IBD patients — something that is currently lacking.”

The team’s study features online in the journal Cellular and Molecular Gastroenterology and Hepatology.

Mimicking the effects of IBD

The scientists performed a range of experiments with the aim of investigating the effects of a high fructose diet on three different mouse models of IBD.

In the first model, which uses a chemical called dextran sodium sulfate to provoke the kind of inflammatory response that occurs in IBD, a high fructose diet increased the severity of this inflammation.

In contrast, a high glucose diet did not exacerbate inflammation.

The researchers noted that giving the mice antibiotics reduced the harmful effects of a high fructose diet on the colon, which suggests that bacteria in the gut were mediating the damage.

Conversely, transplants of fecal material from mice that the researchers fed a high fructose diet exacerbated inflammation in the mice that received them. This adds further evidence of the role of gut bacteria.

When the researchers looked more closely at the layer of mucus protecting the cells that line the colon, they found that the high fructose diet reduced its thickness by about one-fifth.

Bacteria had infiltrated the mucus and were in direct contact with the cells.

The team also discovered that the diet changed the prevalence of several species of bacteria living in the gut.

In particular, it boosted populations of a species called Akkermansia muciniphila. In previous studies, scientists have shown that this species can degrade mucus and that it is linked to inflammation of the colon.

The second model of IBD that the researchers used in their experiments involved infecting mice with a bacterium called Citrobacter rodentium, which also mimics the inflammation that characterizes the disease.

Feeding these mice lots of fructose promoted the growth of the bacteria and worsened inflammation.

Finally, the scientists confirmed the link between fructose and IBD in a genetic model of the disease. This model recreates the type of immune response that can make some people more likely to develop inflammation of the colon.

Once again, eating large amounts of fructose exacerbated colon inflammation in these animals.

Looking to the future

The researchers acknowledge that the models of the disease that they used may not accurately reflect the complex interaction of diet, microbiota, and disease in humans.

This chemically induced form of colitis is a scientifically valid way of studying IBD in humans, but in this study, the experimenters used very high doses of fructose with few other nutrients.

Therefore, the findings may not translate to humans except in highly specific circumstances.

Looking to the future, the researchers plan to investigate ways to prevent the inflammatory effects of dietary fructose.

People with IBD are at increased risk of colon cancer as a result of a lifetime of chronic inflammation in their gut. The team also plans to evaluate whether eating a diet high in fructose further increases this risk.