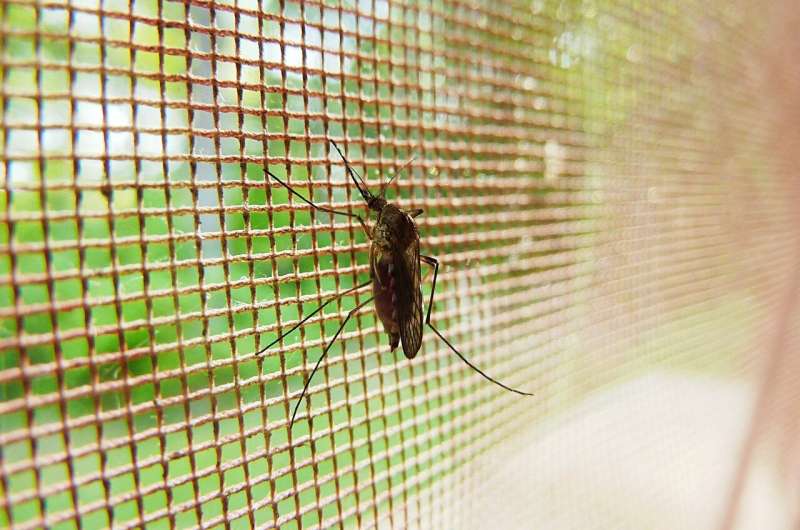 The study’s proof-of-concept results are reported today in Science Translational Medicine. The research was headed by investigators at the University of Washington School of Medicine, Seattle Children’s Research Institute, and Kaiser Permanente Washington Health Research Institute.

The co-lead authors of the paper were physician-scientist Sean Murphy, associate professor of laboratory medicine and pathology at the UW medical school, and Ashley M. Vaughn, research assistant professor of pediatrics at the UW and Seattle Children’s. Senior authors were Lisa A. Jackson of Kaiser Permanente and Stefan H.I. Kappe of the Center for Global Infectious Disease Research at Seattle Children’s.

To create their experimental vaccine, the researchers deleted three genes in the pathogen that causes malaria, Plasmodium falciparum. These genes are critical to the parasites’ ability to establish the early stages of infection. The deletions give this vaccine its name, PfGAP3KO, which stands for “Plasmodium falciparum genetically attenuated parasite with three knockouts.”

By eliminating these genes, the scientists wanted to produce a disarmed version of the parasite that could train the body’s immune defenses to fend off malaria infections.

There are a few other ways currently being employed by labs trying to design attenuated, live malaria vaccines. These include irradiating the parasites or exposing them to antimalarial drugs. The advent of genetic editing for malaria offered scientists another option for developing malaria vaccines. Several labs worldwide are now working on genetically attenuated vaccines.

The need for effective malaria vaccines is becoming more pressing as cases of and deaths from malaria have been increasing in some parts of the world. Part of the reason is that the mosquitoes that transmit malaria, and the parasite itself, are becoming resistant to the pesticides and antimalarial drugs employed in infection control measures.

The latest results from Seattle researchers build on their previous studies of their vaccine candidate to safely provoke the desired immune response against the form of the parasite that appears early in human infection.

Understanding the malaria life cycle provides background for the scientists’ vaccination strategy: Bites from malaria-carrying mosquitoes introduce motile sporozoites of the parasite into the skin and blood stream. These travel to the liver, where they reproduce asexually in liver cells and generate thousands of the merozoite stage of the parasite. There are no symptoms during the growth phase in the liver. When merozoite stage parasites are expelled into the blood stream, they invade red blood cells and go on to cause debilitating and sometimes deadly illness. From the blood stream, they can be transmitted to biting mosquitoes, enter another stage, and be carried to other people.

The scientists therefore are seeking to design vaccines that encourage the immune system to target and destroy the parasites before they enter liver cells or to kill the parasite-infected liver cells. This approach would prevent the blood-cell stage of infection. 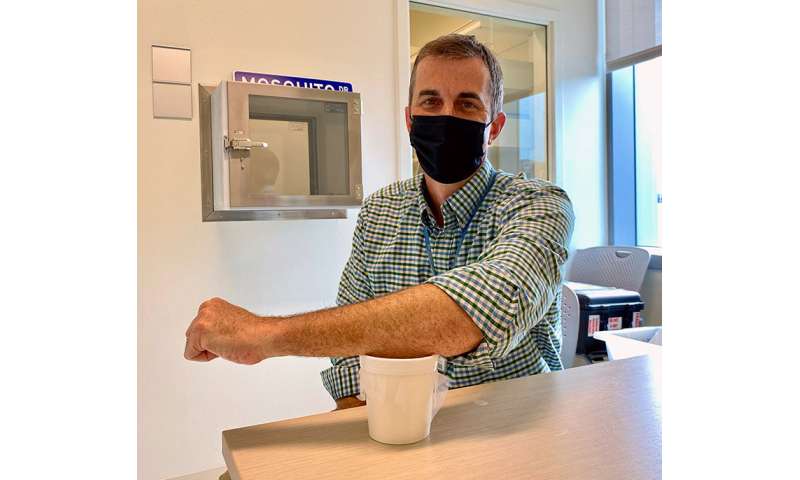 Their most recent study supported the safety, tolerability, and immunity profile determined from their earlier human tests of their PfGAP3KO vaccine. To take the work further, the scientists measured the efficacy of the vaccine against controlled human malaria infection in people who had no previous malaria exposure. The vaccine was delivered through hundreds of mosquito bites from mosquitoes containing the genetically engineered malaria parasite. These mosquitoes essentially serve as tiny flying syringes. The researchers found that the vaccine was capable of inducing protection against the subsequent “challenge” infection. The vaccine elicited antibodies that were functional in blocking sporozoite infection.

Future work, the scientists say, will evaluate the efficacy of this vaccine in trials to determine the dose range for an injectable formulation. The researchers mentioned that one of several limitations of their most recent study was the inability to determine the exact dose of vaccine delivered through the mosquito-bite method.