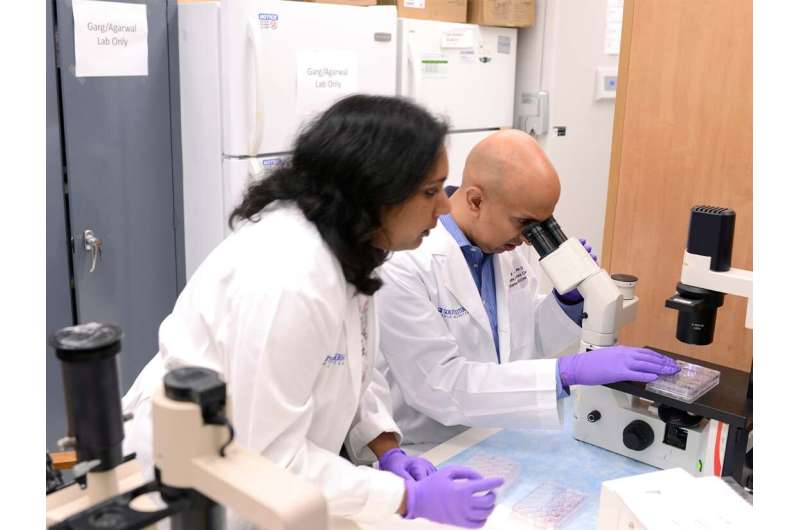 “It’s like flipping a switch. We removed the ‘brake’ on the energy burning pathway in fat cells by engineering a mutation that disrupts the interaction between a single pair of proteins,” said study leader Rana Gupta, Ph.D., Associate Professor of Internal Medicine. “Our research demonstrates that releasing this brake in fat cells can potentially help make existing diabetes medications much more effective.”

The research at UT Southwestern, ranked as one of the nation’s top 25 hospitals for diabetes and endocrinology care, is published in Genes and Development and supported by the National Institutes of Health.

“There is tremendous interest in driving the production of these energy-burning fat cells as a treatment against metabolic diseases such as diabetes,” said Dr. Gupta, who called obesity “the pandemic before the pandemic.”

Two main types of fat cells exist in people—white cells that serve as the site of energy storage and expand in number and size in those with obesity, and energy-burning brown and beige cells that burn excess energy to produce heat and increase energy expenditure. Beneficial brown fat cells also protect against the development of diabetes and cardiovascular disease. People with obesity have far fewer brown and beige fat cells, explained Dr. Gupta.

According to the Centers for Disease Control and Prevention, obesity prevalence in the U.S. increased from 30.5% to 42.4% from 1999 through 2018, with many of that population subsequently developing diabetes. More than 30% of Americans now have diagnosed diabetes, and the American Diabetes Association estimates another 18% of the country are undiagnosed or have prediabetes. The price tag is staggering, as diagnosed diabetes care currently cost $327 billion annually, representing about $1 out of every $7 spent in health care across the country.

Dr. Gupta has been studying fat cells and metabolic disease since 2006. He joined the UT Southwestern faculty in 2012, where his lab employs modern approaches in molecular genetics and molecular/cellular biology to explore various aspects of adipocyte (fat cell) development.

Fat cell distribution and dysfunction are intimately linked to obesity and obesity-associated diseases such as Type 2 diabetes, cardiovascular disease, and cancer. The growing epidemic of obesity and rising costs associated with treating metabolic disease have increased the urgency for understanding all aspects of adipose tissue biology, including how fat cells are formed throughout the body, said Dr. Gupta.