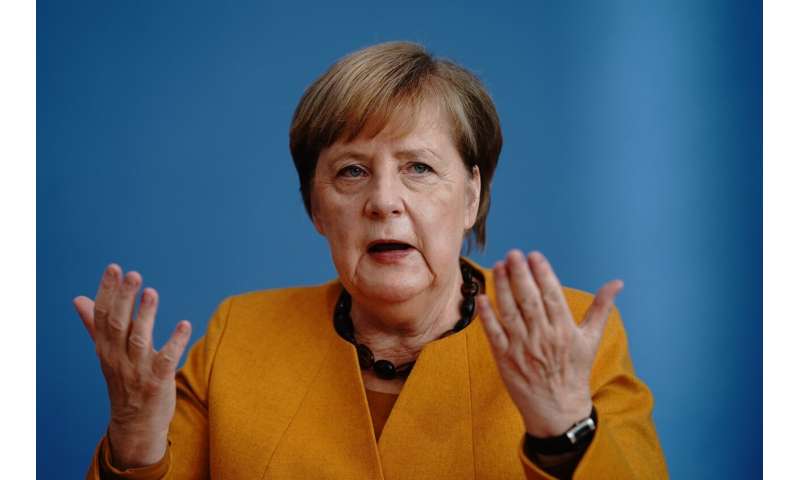 As Europe tries to break the surging second wave of coronavirus infections, Germany is counting on a new type of test to avoid closing nursing homes to visitors, a move that caused considerable anguish among residents and relatives in the spring.

So-called antigen tests, which look for a specific protein on the virus, were first launched months ago. They are cheap and fast, but experts said at the time they are also less accurate than the standard PCR test, which detects even the tiniest genetic trace of the virus.

Still, Germany—which has managed to contain the spread of the outbreak better than many of its neighbors—announced recently that it is bulk-buying millions of antigen tests each month.

“We have a new strategy,” Chancellor Angela Merkel told reporters Monday. “We can now basically perform rapid tests on visitors to nursing and care homes.”

Nursing homes will receive up to 20 free monthly tests per resident. These can be used to test patients, staff and—crucially—visiting relatives, who might be unwitting carriers of COVID-19, posing a potentially devastating threat.

“Health insurers will cover the costs for a certain number of visitors each month,” Merkel said. “That’s huge progress in terms of protection.”

Germany has one of the world’s oldest populations. More than 24 million people are 60 or older and about 900,000 people live in nursing homes. A further 2.5 million younger people have serious disabilities. 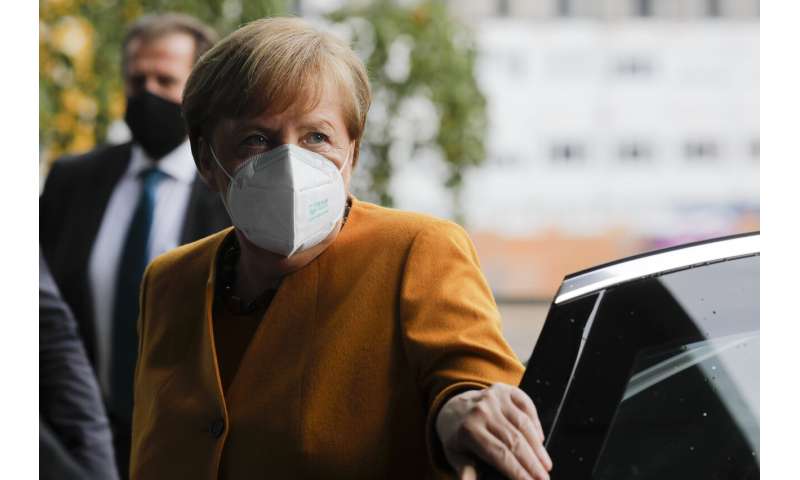 That means almost 30% of Germany’s population of 83 million are particularly vulnerable to the virus, Merkel said.

“Almost everyone knows somebody they don’t want to infect,” she said.

Germany has reported about 550,000 coronavirus cases—less than half the number recorded in Britain, Spain and France. Germany’s confirmed virus death toll of 10,669 is also one-fourth of Britain’s.

A Health Ministry spokeswoman told The Associated Press that manufacturers have agreed to supply Germany with 9 million such tests in November and 11.5 million tests in December.

Experts caution that while antigen tests have become more accurate, they should not be seen as a replacement for the standard PCR method.

Scientists in Switzerland recently scrutinized two widely available antigen tests, sold by Chicago-based Abbott Laboratories and Swiss pharma giant Roche. The researchers concluded that out of 100 people infected with the virus, only between 85 and 89 tested positive using the antigen method. 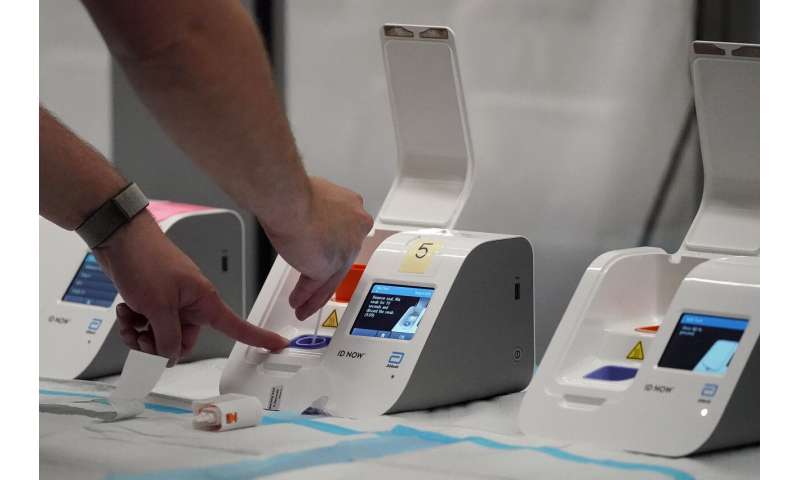 “It does fulfill the criteria that are published by the (World Health Organization), which should be more than 80% sensitivity,” said Isabella Eckerle, who heads the Center for Emerging Viral Diseases at the University of Geneva, where the tests were validated.

While the tests are less accurate, they provide quick results, she noted.

“One big advantage of these tests would be that you, for example, can build up a decentralized testing center,” Eckerle told The AP. “So you build up a tent, let’s say, in front of a school or in a park, and then people can come. And then after 15 minutes, they will know if they are positive or not.”

The tests still need to be carried out by a person qualified to take a nasal swab, however.

“This test is not a home test,” she said. “It’s nothing that you can do in your home before you visit your grandmother.”

Sandra Ciesek, who heads the Institute of Medical Virology at the University Hospital in Frankfurt, says the PCR test remains the “gold standard” for now. 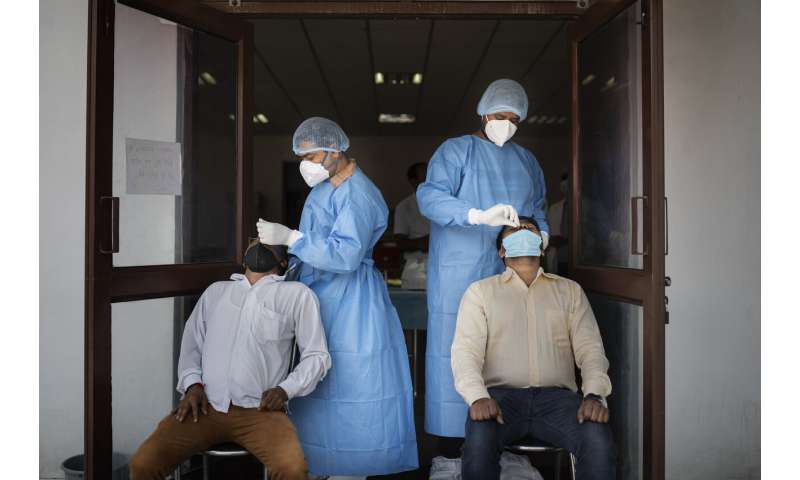 But Christian Drosten, one of Germany’s most prominent virologists who developed one the first PCR tests for COVID-19, has suggested that the antigen method has its uses if people take into account its limitations.

One distinct feature of the new coronavirus is its ability to multiply rapidly in the throat of newly infected hosts, causing them to spread the virus days before they show symptoms. By the time most people are diagnosed, the amount of virus they are expelling when they speak or even breathe has dropped significantly.

While only the PCR tests can determine with near-absolute certainty if someone is infected, argues Drosten, the antigen tests can indicate whether a person is infectious—and therefore a risk to others.

Some experts say a negative result from an antigen test could therefore be sufficient to allow people without symptoms to leave quarantine or return to school or work, giving greater freedoms particularly to children and young adults who are less at risk from serious illness.

Eckerle, of the University of Geneva, was hesitant.

“I would not call them a game changer,” she said. “They are a very nice and very important addition that comes exactly at the right time. But because they are less sensitive than our standard tests, we know that we would probably still miss a small proportion of infectious cases.” 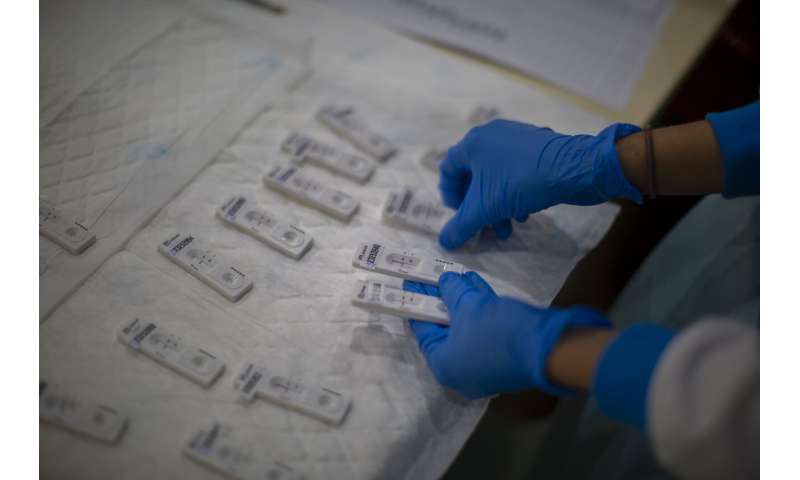 That’s a risk some countries may be willing to take as the pandemic drags on and the availability of PCR tests reaches its limits.

Antigen tests are already used at nursing homes and assisted living facilities in the United States. Spain warned of faulty tests early in the pandemic, but the World Health Organization has since touted them as an effective tool for low- and middle-income countries.

Roche alone says it can provide over 40 million antigen tests per month worldwide and aims to more than double that by the end of the year. The company declined to disclose the price of its tests but said that “in pandemic situations like this, cost should not be a barrier to accessing diagnostics.”

“We are committed to delivering as many tests as possible to people who need them. We will certainly price the test responsibly.”

As new restrictions came into force in Germany on Monday with no certainty that they will effectively flatten the curve of infections, Merkel said the country might be able to get as many as 20 million antigen tests in January, offering some prospect of freedom.