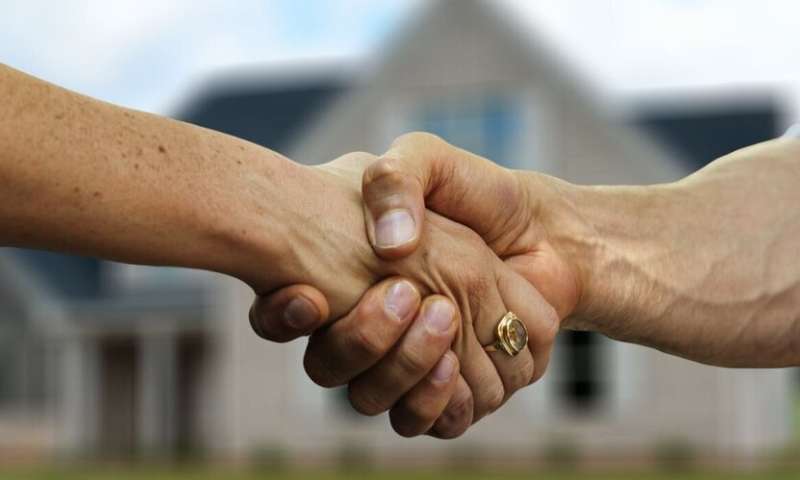 Men with muscles like a young Arnold Schwarzenegger or a top weightlifter look powerful but a handshake will give away whether they’re a healthy specimen—or at risk of a chronic disease or premature aging, experts say.

Medical researchers in South Australia, led by respiratory and sleep expert Professor Robert Adams, assessed more than 600 men aged over 40 to 88 years in the Men, Androgen, Inflammation, Lifestyle, Environment, and Stress (MAILES) study to measure the link between sleep apnea and muscle mass with grip strength.

Chief investigator of the study, Flinders University Professor Adams, says no matter how much muscle mass, a simple grip test can highlight underlying issues connected with aging, systemic inflammation and worsening hypoxemia (lack of oxygen in the blood).

“Without good levels of oxygen in the blood, we cannot use the muscles we have to their maximum,” says Professor Adams.

“Our findings suggest impairments in hand grip strength (HGS) may be related to fat infiltration of muscle, hypoxemia-induced reductions in peripheral neural innervation, or even endothelial dysfunction—a risk in chronic inflammation and even cancer,” Professor Adams and colleagues conclude in a paper in open access journal Nature and Science of Sleep.

OSA is a common problem which involves repeated episodes of partial or complete obstruction of the throat during sleep which can cause breathing to slow down or stop leading to a fall in blood oxygen levels fall as a result.

“After allowing for health and lifestyle (exercise, smoking and underlying health conditions), it was clear that worsening hypoxemia, which included how much time was spent below 90% oxygen saturation (usually 97%) – and even how long people spent with their airways completely closed (known as apnea) – was associated with reduced grip strength—regardless of muscle mass,” Dr. Steven says.

“This is important as up until now, age related declines in strength and immobility (sarcopenia) were thought to be due to reductions in muscle which started when someone was over 60 years old. Instead, the declines in strength appear to begin at a younger age in people with obstructive sleep apnea (OSA),” he says.

“Furthermore, considering that over a quarter of the MAILES participants have moderate to severe OSA, this suggests a large proportion of the population are at risk of early reductions in strength.”

Further studies of followup sleep studies will test for potential mechanisms to explain the results of the study, Dr. Stevens says.

“We recommend that more research be done to further explore the relationship between OSA, body composition, and HGS.”