Gram staining is a type of differential staining used to distinguish between Gram positive and Gram negative bacterial groups, based on inherent differences in their cell wall constituents. 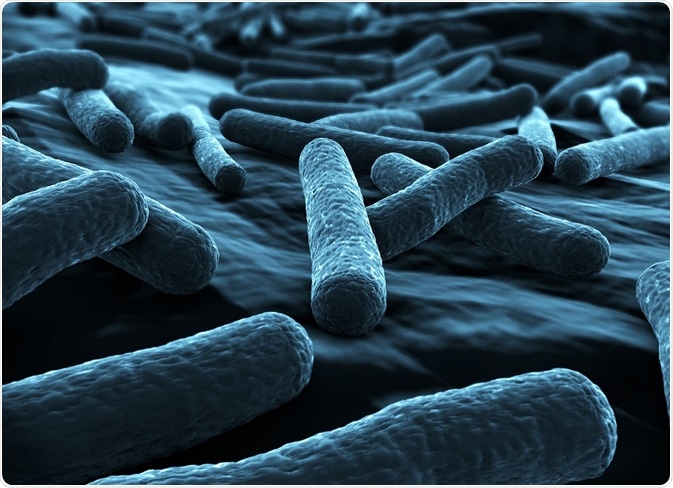 Stains increase contrast allowing bacteria to be observed with greater ease.Gram staining is dependent on the interaction between the negatively charged surface of bacteria and the positive ions within common stains.

The Gram stain procedure was developed by Hans Christian Gram in the 1800s and was one of the first techniques taught to students in microbiology laboratories. A dried bacterial smear is flooded with a crystal violet stain before iodine is added to fix the stain into an insoluble complex.

The smear is de-stained using an alcohol or acetone solution to remove any weakly bound stain, before being  counterstained with the red dye, safranin. The slide is rinsed between each procedural step with the final wash acting as preparation for observation under a microscope.

Gram positive bacteria are observed as blue or violet colored cells (having retained the stain)  whilst Gram negative bacteria appear pink because of the counterstain.

Gram negative bacteria are  characterized by the presence of the periplasmic space, which is a single layer of peptidoglycan sandwiched between the cytoplasmic membrane and the outer membrane. Peptidoglycan, also known as murein, is a polymer that consists of a carbohydrate backbone and amino acids.

The outer membrane contains lipopolysaccharide, a large molecule that is toxic to animals. During Gram staining, the outer membrane of Gram negative bacteria deteriorates from the alcohol added to the sample and the thin layer of peptidoglycan is not able to retain the crystal violet stain.

The counterstain is added to provide contrast by staining the decolorized Gram negative bacteria through the thin peptidoglycan layer whilst being light enough to not disturb the crystal violet staining on the Gram positive bacteria. 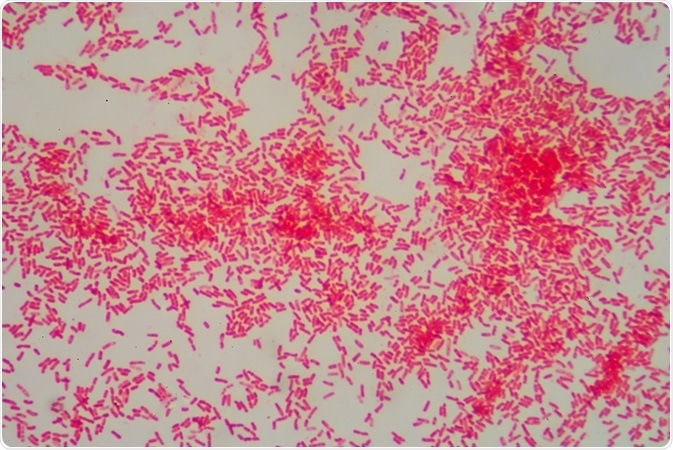 The circulating lipopolysaccarides found within the blood stream of patients suffering from sepsis indicates that endotoxins are an important drug target for the prevention and treatment of septic shock.

Small hydrophilic antibiotics target porins, protein channels that provide a pathway through the outer membrane. Antibiotic resistance has been linked to a reduction in the rate of entry for antibiotics through porins via modifications to the outer membrane profile or reduced permeability caused by specific mutations.