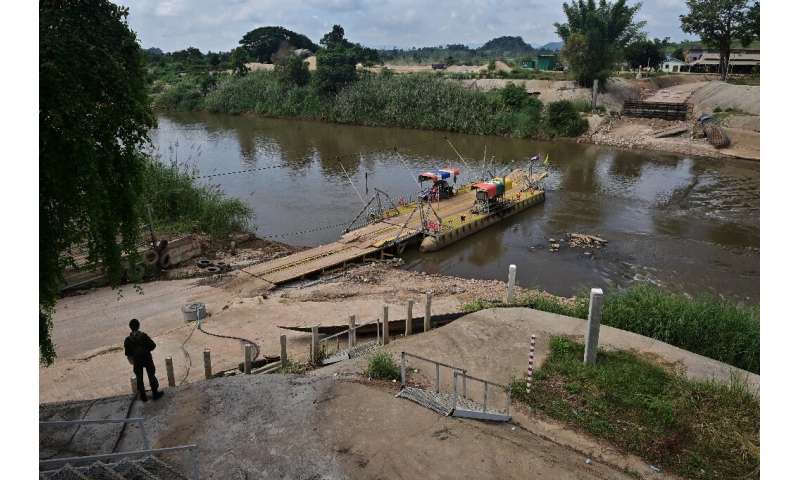 A coronavirus cluster in Thailand grew to 10 on Wednesday amid fears scores of other Thai women connected to a hotel in a notorious Myanmar border town could be infected and may attempt to return home under the radar.

Thailand has managed to contain COVID-19 infections to just over 4,000 cases.

Its Achilles heel is an extremely porous 2,400-kilometre (1,500-mile) border that it shares with Myanmar, where the virus is rampant, with more than 1,000 new cases a day in recent months.

The Thai Public Health Ministry announced a further six Thai women who had returned from Tachilek had tested positive, up from four on Tuesday.

Two of the women remained in Chiang Mai in Thailand’s north while the other four caught planes, minibuses, taxis and motorbikes to travel to Bangkok, Phayao, Phichit and Ratchaburi provinces.

Thai officials could not confirm the number of people who had come into contact with the six new cases.

The whole cluster of 10 Thai women worked at the same “entertainment venue”—1G1 Hotel about 1.5 kilometres from the border, according to local media.

The hotel has a casino, VIP rooms, disco, massage parlour and karaoke bar.

An estimated 70-100 Thai women are employed in the karaoke and VIP rooms, as models who entertain and flirt with male clients, according to Thai media.

A hotel staff member told AFP the general manager was in police custody for breaching Myanmar’s disaster laws relating to coronavirus regulations, by opening the venue.

Since the pandemic, Thai border patrols have stepped up surveillance to prevent illegal crossings.

Long plagued with a seedy reputation, Tachilek serves as a conduit for the so-called Golden Triangle’s lucrative drug trade and is home to numerous casinos and brothels.