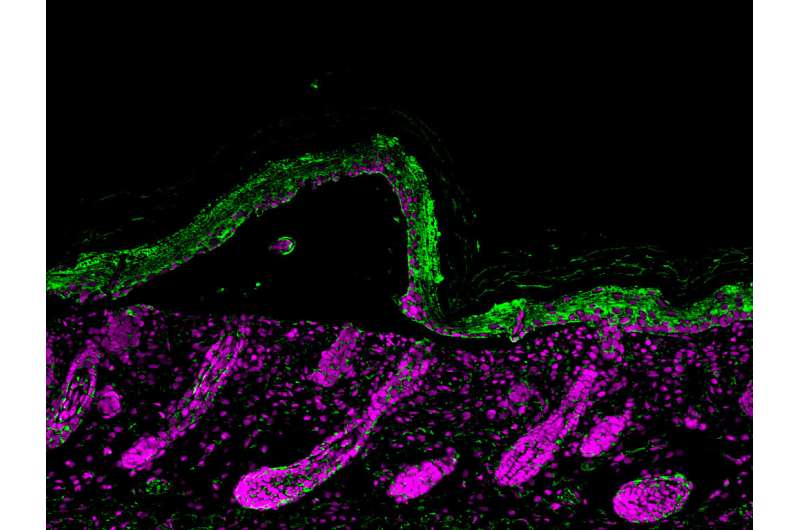 A team of scientists has shown that the healing of skin blisters is driven by hair follicle stem cells, which delay their own development in the process.

The healing process of the tissues in the human body is particularly well-studied in skin, especially as skin serves as a layer of protection from the environment. However, there remain some specific types of skin injuries where the healing process is not well understood.

A team of scientists from Japan and Italy, including Associate Professor Ken Natsuga from the Graduate School of Medicine at Hokkaido University, have used models of skin blisters to explore the effects of injury on developing skin tissue. Their discoveries were published in the journal EMBO Reports.

The scientists performed their tests on mice which had artificially generated epidermal detachment, or skin blisters. They investigated the healing process by monitoring gene expressions and cell proliferation, tracing cell lineages, and employing mathematical models.

The team found that a type of stem cells (SCs), hair follicle stem cells (HFSCs), play an outsize role in blister healing. The HFSCs are mainly responsible for the healing of subepidermal blisters, from the base of the wound. The wound-healing activity of HFSCs is accompanied by delayed growth of hair follicles in the regenerated skin tissue. When HFSCs are reduced, another group of SCs, the interfollicular epidermal stem cells (IFESCs), can also contribute to healing, but only from the blister margins. They also confirmed that blister healing was affected by the shapes of keratinocytes, the primary skin cells, although the mechanism by which the shapes affect healing is still unclear. 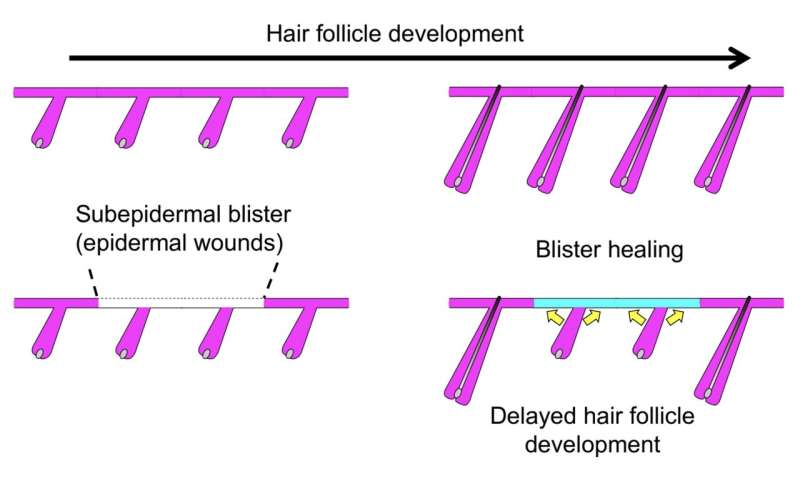 The findings have revealed the balance between wound healing and development in skin, indicating many possibilities for the treatment of skin blistering in humans. The models used in this study may themselves be used for the development of new therapies for blister healing. The role of sweat glands could not be investigated, as mice lack sweat glands, and the role of mesenchymal cells, which have previously been shown to be involved in healing of skin wounds, was not examined. Future work will focus on these aspects.