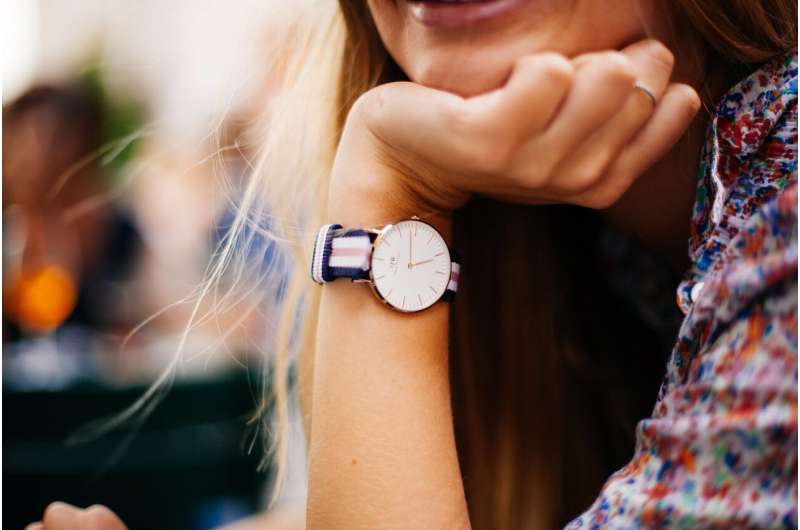 Sixty-nine-year-old Mark Eisen says he waited seven years for a surgery he hopes will change his life. Last week, he had the first total wrist replacement with KinematX, a new implant co-designed by Scott Wolfe, MD, chief emeritus of the Hand and Upper Extremity Service at Hospital for Special Surgery (HSS). Dr. Wolfe performed the surgery on April 15.

Severe arthritis in his right wrist caused ongoing pain and prevented Mr. Eisen, who lives in Atlanta, from engaging in activities he enjoys. He is right-handed, which makes it even more difficult. Seven years ago, he started to investigate treatments and learned about total wrist replacement surgery. But unlike knee and hip replacements, which are common and have excellent outcomes, wrist replacement surgery has not enjoyed the same degree of success.

Mr. Eisen’s online research prompted him to take his first trip to New York for a consultation with Dr. Wolfe in 2014. Mr. Eisen had read about Dr. Wolfe’s extensive research into how the wrist moves and learned that he and his long-time colleague and co-inventor, Joseph J. (Trey) Crisco, III, Ph.D., Director of Bioengineering at the Warren Alpert Medical School, Brown University and Rhode Island Hospital, were working on designing a new, more durable wrist replacement. Mr. Eisen has been following their progress for the past seven years.

Last year, the KinematX Total Wrist Arthoplasty System, which is manufactured by Extremity Medical, LLC, received 510(k) clearance from the US Food and Drug Administration (FDA). The design is the culmination of three decades of award-winning research by Dr. Wolfe and Dr. Crisco. Over the years, they and their colleagues have received more than $10 million in research grants from the National Institutes of Health to study the wrist.

Mr. Eisen is looking forward to regaining the use of his wrist. “It had become more painful over the years, with the pain often radiating up to my forearm,” he explains. “My wrist movement was severely restricted, making it difficult to do anything that required me to bend my wrist. Everyday activities like cooking, working around the house or picking up a pot of coffee with my right hand were difficult and painful.”

Dr. Wolfe believes the KinematX has advantages over traditional implants. “Our extensive research into how the wrist moves helped us design a device that more closely matches the anatomy and motion of a normal wrist,” he explains. “This should allow for more natural movement and increased durability compared to currently available implants. Some studies report failure rates of 50% within 5 to 10 years, mainly due to loosening of the implant components.”

“In our view, the KinematX will be a game changer in the field of wrist replacement surgery,” said Doug Leach, managing director of Biomechanical Innovation at the HSS Innovation Institute. “Current wrist replacement devices are relatively dated. The new implant design leverages the clinical and bioengineering experience of Drs. Wolfe and Crisco, their seminal research, and modern-day engineering and design principals of total joint replacement in general.”

Wrist arthritis is one of the most common and debilitating conditions treated by hand surgeons, affecting about 5 million people in the United States, according to Dr. Wolfe. A fusion of the wrist bones can alleviate pain, but patients are often limited in performing some activities. Wrist joint replacement surgery was proposed five decades ago as an option to relieve pain and restore function.

When Drs. Wolfe and Crisco set out to design a better wrist replacement, the first step was to unravel the complexity of how individual bones move in a normal wrist and in one that has sustained an injury. Their research led to the design and validation of a noninvasive three-dimensional motion analysis system to measure wrist kinematics, which describes the wrist motions necessary for a wide range of activities. Armed with that information, they sat down at Dr. Wolfe’s kitchen table and started sketching out their idea for a novel wrist replacement.

The wrist is highly complex, made up of more than a dozen individual joints formed by eight small bones that collectively make up the wrist. It was previously believed that the wrist moved the hand in two different planes—up and down or side to side. The research by Drs. Wolfe and Crisco demonstrated that during many activities, such as throwing a ball, hammering a nail or pouring a glass of water, the wrist doesn’t move in just one of these directions. It accomplishes the action by combining movements in both planes.

“Traditional wrist replacements often constrain the wrist to move in one plane at a time, and this puts stress on surrounding joints,” said Dr. Wolfe. “The increased loads on the implant-bone interface often lead to prosthesis loosening and mechanical failure. In addition, traditional implants often make it difficult or impossible to return to some activities, such as tennis or golf.”

The KinematX is the only wrist replacement that is computer-designed to mimic the kinematics, or motion, of a human wrist—movements that are instrumental in throwing, hammering and other high-performance activities, according to Dr. Wolfe. The unique design should enable the implant to be more durable than traditional wrist replacements.

Surgery with the KinematX entails replacing the proximal carpal row bones of the wrist, which are those most severely affected by osteoarthritis. The device utilizes modular components in various sizes to replicate the complex anatomy of the wrist and allow the motion necessary for occupational, recreational and household activities.

The Innovation Institute at HSS played a key role in the development of the new wrist replacement, working closely with Drs. Wolfe and Crisco to obtain a patent for their research and design ideas. The patent for the wrist replacement was licensed to Extremity Medical, LLC, a privately funded medical device company in New Jersey.

“Our goal is to work with talented HSS physicians, inventors and entrepreneurs to empower them to develop innovations in musculoskeletal health that could improve or even revolutionize patient care,” Mr. Leach said.