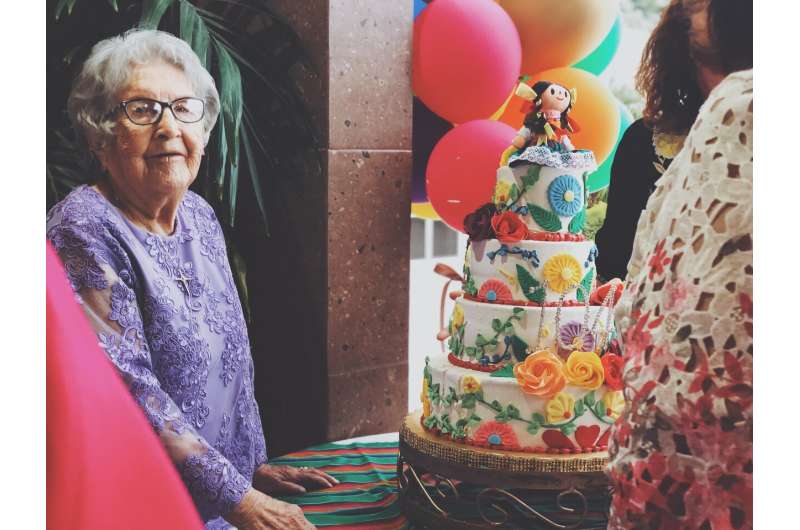 A systematic review by researchers at the Centre for Healthy Brain Aging (CHeBA), UNSW Sydney has highlighted the need for clearer definitions of ‘happiness’, ‘life satisfaction’ and ‘positive affect’ in centenarians. This is the first systematic review to summarize the literature on the subjective wellbeing of this unique age group.

The review, published in Aging & Mental Health, identified 18 studies that followed patients from several weeks to 18 years and looked at subjective wellbeing, comprising a cognitive component and an affective component.

The cognitive component is represented as ‘life satisfaction’ and the affective or mood component defined in relation to a person’s immediate emotional state.

“Rapid population aging is an issue faced by many countries, with near centenarian and centenarian populations also increasing rapidly—with an expected global rise from 441,000 in 2013 to about 20 million in 2100,” says co-author and Co-Director of CHeBA, Professor Henry Brodaty.

Professor Brodaty says that although interest in subjective wellbeing and its relationship with exceptional longevity is increasing, the happiness of centenarians remains a severely neglected area of research which needs to be addressed.

Lead author Adrian Cheng says research into the happiness of centenarians is important because examination of subjective wellbeing in this unique group can reveal factors associated with good psychological health.

According to Mr Cheng, the review revealed that while centenarians consistently have similar levels of happiness as younger age groups, it was unclear if this was the same for their life satisfaction and positive affect, which comprises positive emotions, enthusiasm and joy.

Demographic variables such as sex, living situation and ethnicity did not show any significant association with life satisfaction, positive affect or happiness.

“Perceived health—which is the perception of our own health—was consistently associated with higher levels of life satisfaction and positive affect,” said Mr Cheng. “Therefore, having a positive view about our own health, or possibly simply having better health, as we age is important as part of the aging process.”

“These may be targets for future interventions to improve life satisfaction in older populations.