A batch of a common diabetes medicine has been recalled after it was found to contain a chemical that causes cancer.

Pharmacies stocking the affected drug — an oral solution known as metformin — were told to pull it after finding ‘unacceptable’ levels of nitrosodimethylamine.

The chemical, shortened to NDMA, is a known carcinogen once used in the commercial production of rocket fuel.

Britain’s medical watchdog said the move was purely precautionary and there was no proof it has caused any harm to patients.

The Medicines and Healthcare products Regulatory Agency urged Brits told not to stop taking the drug without consulting a GP because suddenly stopping is risky.

About 20million prescriptions are written for metformin every year, most commonly in tablet form. 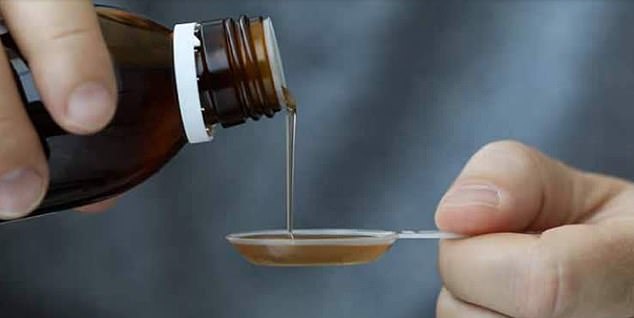 The MHRA said the move only affected a single batch supplied by Rosemont Pharmaceuticals Limited. Other forms of metformin are still available.

Dr Alison Cave, the MHRA’s chief safety officer, said: ‘Patient safety is at the heart of everything we do.

‘This recall of one batch of metformin oral solution is a precautionary measure to prevent further exposure to the nitrosamine impurity.

‘There is no evidence to date that this impurity has caused any harm to patients. Individuals who have metformin oral solution from this batch at home should continue to take their medication.

‘It is very important to speak to your doctor or pharmacist before stopping any treatment – they can address any concerns you may have and can advise you on the best course of action.

‘Healthcare professionals should check their stock to quarantine and return any units from this batch to their supplier using their supplier’s approved process.’