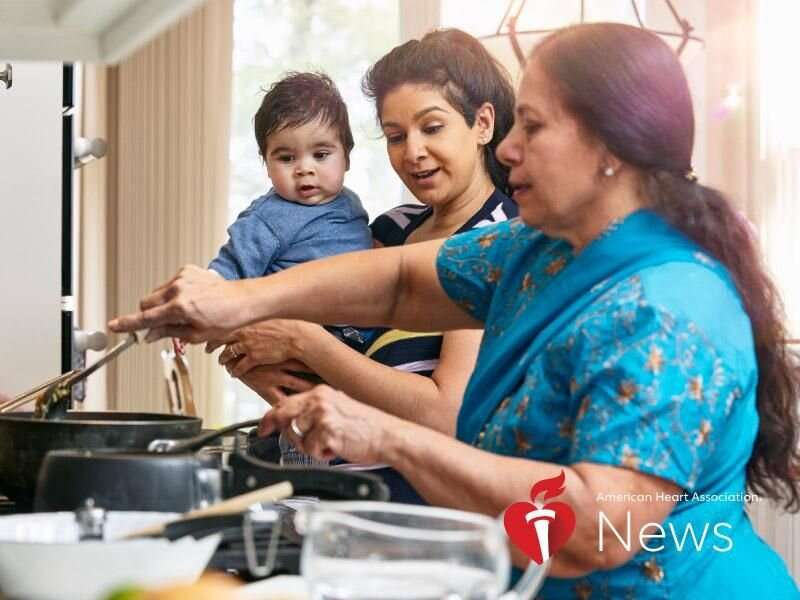 A health education class tailored to South Asian culture was associated with improvements in certain cardiac risk factors and lower odds of death among participants, a new study shows.

South Asians—those with ethnic descent from India, Pakistan, Bangladesh, Nepal, Sri Lanka, the Maldives or Bhutan—develop coronary artery disease at an earlier age compared to non-Hispanic white people. But assessment tools underestimate their risk, according to a 2018 report from the American Heart Association. South Asian people also are more likely to be hospitalized or die from coronary artery disease than people of other races and ethnicities.

Hoping to understand the influence of health education on this high-risk group, researchers reviewed medical records of 1,517 adults of South Asian descent who were 43 years old on average when they attended the Heart Health for South Asians program between 2006 and 2019.

“The long-lasting positive change in the risk factor profile in these participants was promising,” said researcher Dr. Paniz Vafaei, a third-year fellow in cardiology at Kaiser Permanente in San Francisco.

Researchers adjusted for use of cholesterol-lowering statin medication, but did not measure specific lifestyle changes. They acknowledged it is possible class participants already were motivated to make lifestyle changes that led to the improvements.

The findings were reported Saturday at the AHA’s virtual Scientific Sessions and are considered preliminary until published in a peer-reviewed journal.

People of South Asian descent are often placed in an overall “Asian” category in research studies, even though they have a higher death rate from heart disease than people of other Asian ethnicity.

The Heart Health for South Asians program started in 2006 at Kaiser Permanente’s location in Santa Clara, California, where there is a large South Asian population. The intention, Vafaei said, was to “inform the South Asian population in our community of their heightened risk of cardiovascular disease, and also provide them with access to culturally appropriate education to help manage and reduce this risk.”

The first hour of the class, led by a physician, provides information about coronary artery disease and details about the disproportionate burden of heart disease among South Asians, Vafaei said. The second hour, led by a dietitian and clinical health educator, focuses on exercise, stress reduction and diet. Participants have a chance to talk about what they eat, how they cook and how they shop, with the dietitian offering advice on how to prepare heathier meals.

The new study shows “prevention programs have an effect,” said Dr. Abha Khandelwal, the clinic chief of cardiovascular medicine at Stanford University Medical Center in California. “That’s promising because at the end of the day, investing in prevention is really important to decreasing the overall disease burden.”

Ideally, future studies would collect information on other influences and compare a culturally tailored program to a similar program that was not culture-specific, said Khandelwal, who was not involved in the new research.

“It’s important to continue to investigate culturally tailored programs in this era of precision medicine,” she said.

The researchers hope the results further encourage health care professionals to take South Asian ethnicity into account when considering a patient’s cardiac risk, said Dr. Seema Pursnani, a cardiologist at Kaiser Permanente Santa Clara Medical Center and the study’s principal investigator. And professionals, she said, should focus not only on traditional risk factors, but also patient motivation and lifestyle behaviors.