Approaches to describe the tree of life have been based on the physical characteristics and metabolic features of distinguished organisms. The advent of molecular methods has widened the diversity of organisms included in the tree. Genes have been used as markers for lineages, overcoming the need for direct observation and experimentation. Among the organisms, bacteria are central to the tree of life. 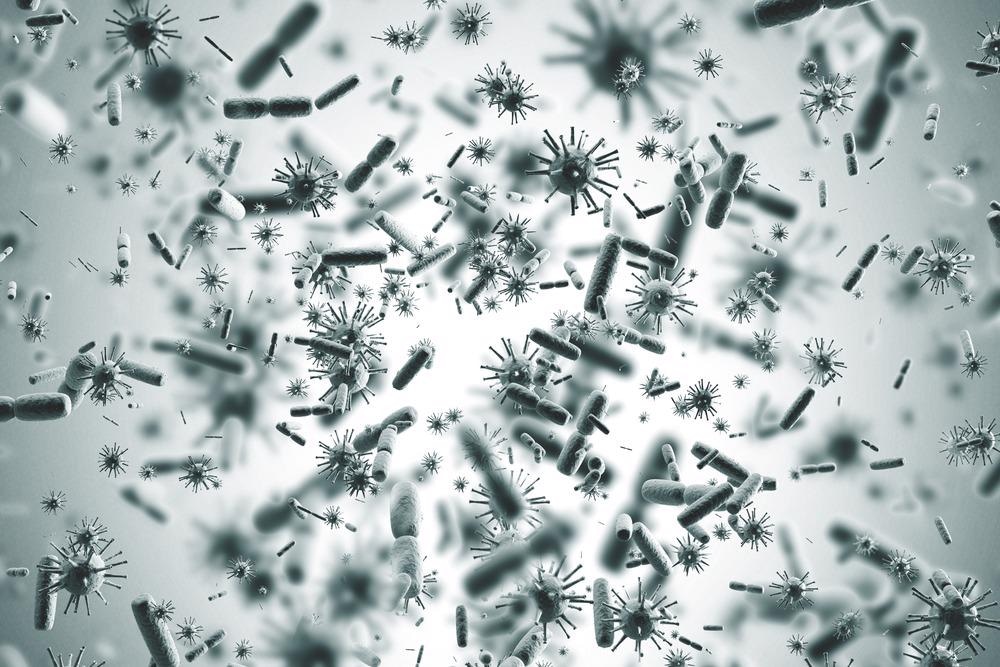 In the current establishment of the tree of life, which is the first to be published, the development of genome resolved metagenomics has highlighted major lineages.

In this tree of life, there are 92 named bacterial phyla, 26 archaeal phyla, and five eukaryotic supergroups. The most salient discovery from this new tree of life analysis is the extent of evolutionary history contained in the bacterial groups. This is partly due to candidate phyla radiation (CPR), which subdivides the bacterial domain.

CPR is a large group of bacterial lineages defined through genome resolved metagenomics that are generally uncultivable. CPR bacteria are thought to comprise a large percentage of the bacterial diversity that is distinct and divergent from other groups. They are thought to diverge from other bacteria, either gradually over time or rapidly evolving in a process involving genome streamlining or reduction.

In many published cases, bacteria are regarded as one of the essential origins of life, with arguably the greatest effect on human life. For example, ongoing sequencing projects have revealed the benefit and extent of the human microbiome in sustaining and optimizing human health. Bacteria affect several systems and functions in the body, from the gastrointestinal to the immune system, and present both threats and support to human life as the consequences of disease and symbiosis.

The Theory of Endosymbiosis

The exact origins of life forms on earth remain unknown. However, the first unicellular organism is thought to have emerged between 3.6 billion and 2.7 billion years ago. This unique cellular organism subsequently gave rise to archaea and bacteria. It is believed that life continued in full unicellular maps for the next 2- billion years. Although simplistic, unicellular organisms can perfect biochemical processes that form the basis of present-day life on earth. Due to their unicellular nature, bacteria and archaea did not cross the energetic minimum required to power the evolution of complex life.

This energetic constraint is thought to have been overcome by endosymbiosis. An ancestral Archean host was able to consume a small population of symbiotic bacteria to produce the first eukaryotic cell, considered the originator of complex life forms. Indeed, although bacteria and archaea have been most challenging to profile using microscopic approaches, their profiling has been substantially progressed with the acquisition of new genome sequences. As such, eukaryotes are thought to be evolutionary chimeras that arose due to endosymbiosis.

As a consequence of endosymbiotic engulfment, it is hypothesized that several genes unrelated to energy production were discarded, relocated to the cell nucleus, or lost. These genes continued to persist with their original function or provide the raw material for the evolution of subsequent genes with novel roles, such as transcription factors.

Following this, embryonic stem cells were constructed in three-dimensional space. The remainder of these engulfed bacteria, which subsequently simplified genome membranes, evolved into mitochondria.

The subsequent acquisition of these mitochondrial organelles consequently enabled eukaryotic cells to increase the volume by approaching 15,000 times that of the average bacterium combat capable of supporting a genome ~5000 times larger in size. Eukaryotic cells also possessed ~200,000 times more energy per gene than prokaryotic cells. This increase in size and magnitude enabled the development of diversity in both the characteristics and degree of gene and protein expression.

This theory is accommodated by classic Darwinian evolution. However, it differs from the traditional view that evolution is a consequence of incremental and competitive features of the traditional evolutionary theory.

Microbial biochemistry is known to affect global geophysical processes due to its ability to alter the composition of the earth stop is fair. Following 200 to 300 million years of photosynthesis by bacterial microorganisms, oxygen became a significant atmosphere component. This enabled the increase in ozone novels, with subsequent reduction in the greenhouse effects of gases such as methane; this further propelled the most notable geophysical process, glaciation.

There is a close relationship between hosts of the microorganisms; this has given rise to the coevolution theory, which is defined as the reputation of lineages in response to one another. The host, then its associated microbiota, is considered one entity called the holobiont. The whole holobiome disease state is linked to dysbiosis, a dramatically lowered diversity in their associated microbiota on the production of a pathobiont state.

However, the healthy state is accompanied by what is termed eubiosis, or "healthy microbiota," in which the balance of the microbial ecosystem with a beneficial effect on the host. In the eubiotic state, there is a high diversity of bacteria; microbial diversity is considered a key preserver in preventing disease in both animals and plants. However, despite numerous studies, the borders between eubiosis and dysbiosis are still challenging to define.

How Bacteria Affect the Human Body

Among all the microbiomes present in on the human body, the gut microbiome is known to play an essential role in human health and disease collective genome, which varies substantially between individuals, can produce a unique and diverse set of functions that is known to influence the host metabolism and immune systems. The gut microbiome is also known to affect fundamental homeostatic processes as well as alter systemic metabolism.

Specifically, changes in the microbiota have been shown to affect the expression of key genes from both bile acid and glucose metabolism pathways. Understanding different mechanisms of microbiome-mediated regulation of the response remain poorly understood, with the identification of the pathways operating in the host-microbiome interactions still to be elucidated. 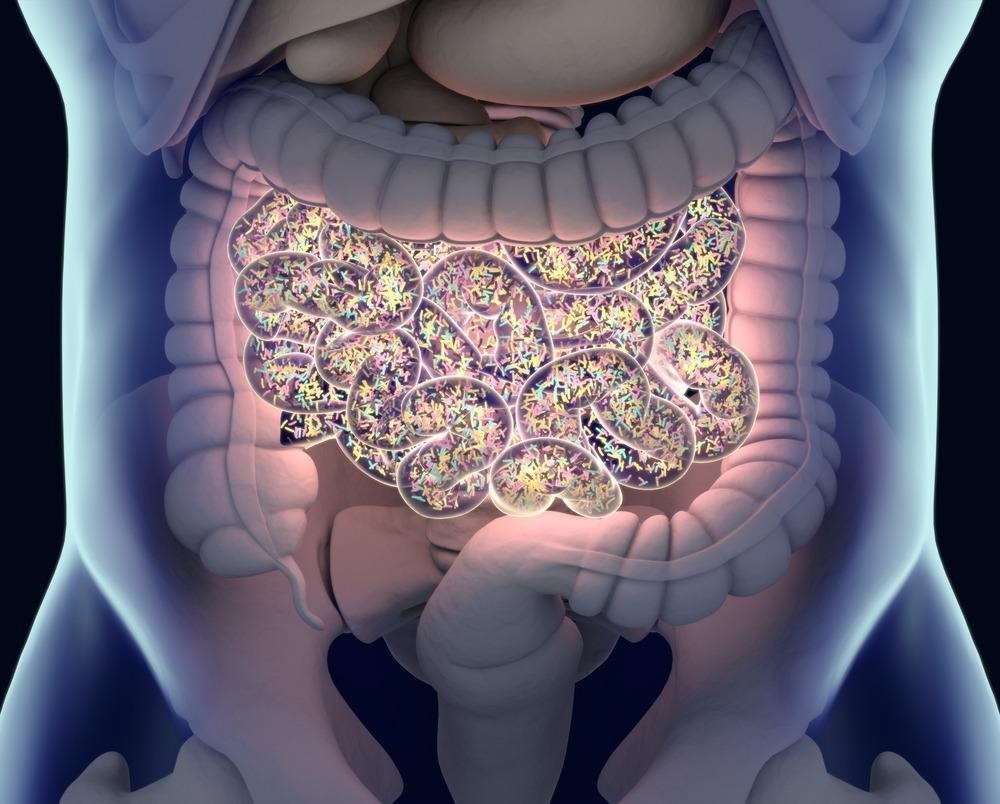 The Role of Pathogenicity in Life on Earth

Antoine van Leeuwenhoek investigated diverse bacteria and discovered biofilms as the first indication of microorganisms interacting with complex communities. Subsequent work by Robert Koch set the foundations for the origin of human and animal diseases, citing them as a consequence of microbial infection. He developed the pathogenicity theory, considered a crucial milestone in microbiology. These early findings initially shifted public health and the research community's concerns toward eliminating disease-forming bacteria.

However, comprehensive research in the past 100 years has demonstrated that only a small proportion of bacteria are disease-associated. Most microbes are now considered essential for the functioning of the ecosystem and producing beneficial interactions with other bacteria and microorganisms.

At the end of the 19th century, pioneering work by MW Beijerinck and SN Winogradski established a paradigm shift in environmental microbiology, the notion that microorganisms, including bacteria, are present in natural environments and are often associated with hosts and produce beneficial effects. Therefore bacteria were, and continue to be, key drivers of life on earth.