Despite its small size, trace evidence can play a significant role in determining the conclusion of any forensic investigation. 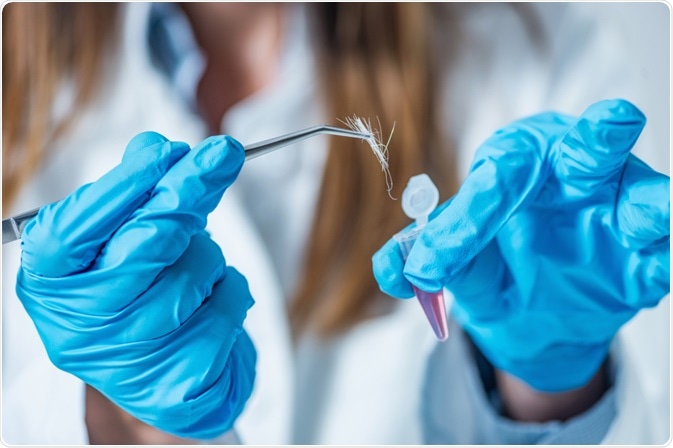 What is trace evidence?

By definition, trace evidence is a term that encompasses all small pieces of material that are collected from crime scenes and accidents and assist in the investigation of these incidents.

Typically, trace evidence samples include human and animal hair, natural and manmade fibers, fabrics, rope, soil, glass, and building materials. In addition to these common types of samples, trace evidence can also include a wide range of other materials, which can include fire debris, cosmetics, plastics, pollens, soils, gunshot residue, and lamp filaments.

These traces are often microscopic and are left at the scene of the crime unknowingly by the perpetrators as a result of interaction between objects and individuals. Despite the small size of many trace evidence samples, these materials can provide a great deal of information on the crime that was committed, the origin of the sample, and how it was transferred.

How important is trace evidence?

The presence of a physical fit, such as a fracture match, plays an important role in allowing trace evidence analysis to indicate a common source. Several studies have found that random physical fits of material are extremely rare, thereby demonstrating the high level of confidence that this type of evidence provides to a forensic investigation.

In the absence of a physical fit, the color, composition, construction, and composition of a material can also provide meaningful data on whether a potential suspect can be excluded from the crime. Additionally, a class association, which indicates that a set of forensic samples originated from the same source or another source with similar characteristics, can also be determined from the analysis of trace evidence.

Aside from providing potential source attribution to the crime, trace evidence analysis can also be used to corroborate case activities and eyewitness accounts during a forensic investigation. Furthermore, the transfer and persistence of trace materials can assist in reconstructing what occurred at the scene of the crime, expose relevant links, and reveal ways in which new additional evidence might be obtained.

Several different analytical tools a reused by forensic scientists to locate, examine, and classify trace evidence, identify their main components, and ultimately compare these materials to other evidence samples to identify a common source.

More often than not, trace examinations will involve a combination of both microscopic and instrumental analyses to fully evaluate the properties of a given sample and determine its significance to the crime. While these tools are incredibly useful to the forensic process, it should be noted that efforts by the National Institute of Standards and Technology Organization of Scientific Areas Committees (NIST-OSAC) are still underway to create standardized methods to evaluate and interpret the quality of forensic evidence.

How are hair samples analyzed?

It is estimated that each human being will shed about 100 hairs a day. As these hairs fall out of the scalp, they often transfer to clothing and other materials found in the individuals surrounding environment.

Once a hair sample has been collected from the crime scene, a microscopical examination is performed to confirm that the sample is hair and not another type of fibrous material. This initial microscopical evaluation will also determine whether the hair originated from a human or non-human source, the general body area of where the hair fell from, and even the biogeographic ancestry of the source.

Once this information has been determined, the hair sample will be evaluated for whether it can be used for further DNA analyses. It should be noted that a reliable forensic investigation on hair samples will require the comparison from reference samples obtained from the same body region as the hair sample of interest. 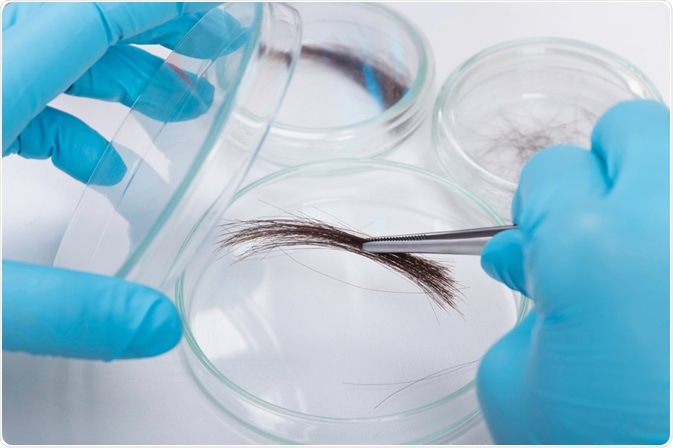 How are clothing samples analyzed?

The basic unit of most textiles are fibers; however, these fibers can be of natural or synthetic origins. Natural textile fibers, for example, can be derived from a wide variety of plants including stems, seeds, or leaves, as well as animal sources like hair, wool, or silk.

Comparatively, synthetic fibers can include regenerated cellulose, synthetic polymers, and other inorganic materials, such as glass. Many textile fibers differ in their length, composition, shape, and whether any additives such as pigments, dyes, or delustrants have been added to them during manufacturing processes.

To be studied during a forensic investigation, a clothing fiber must be transferred from one object or place to another. The forensic examiner is again interested in determining how easily the textile fiber was transferred, how it persists on the transferred state, and its accessibility for collection.

Once collected, the physical, optical, and chemical features of the fibers are assessed by the forensic examiners and compared to a reliable source. During this investigation, the forensic investigator is interested in determining whether a physical fit can be made between the torn edges of a damaged fabric, as this form of evidence is considered to be the highest level of source attribution during textile examinations.