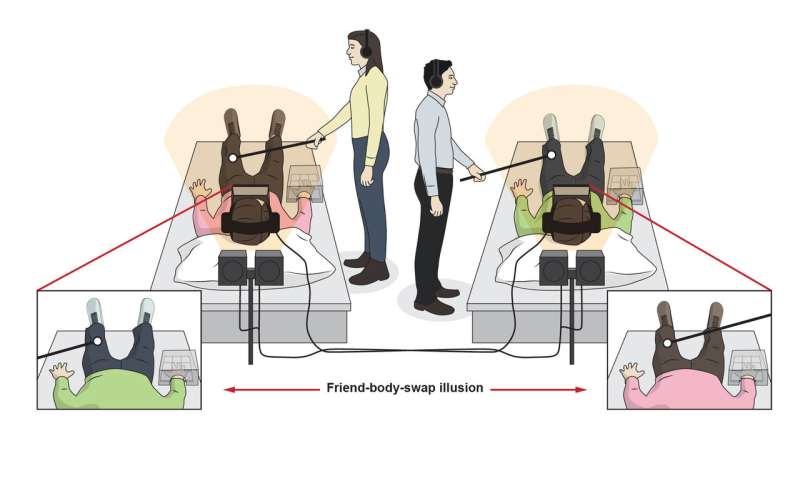 Our sense of who we are is thought to be influenced by things like our childhood experiences, our interactions with others, and now, researchers say, our bodies. A study appearing August 26 in the journal iScience shows that, when pairs of friends swapped bodies in a perceptual illusion, their beliefs about their own personalities became more similar to their beliefs about their friends’ personalities. The findings suggest that this close tie between our psychological and physical sense of self is also involved in functions like memory: when our mental self-concept doesn’t match our physical self, our memory can become impaired.

“As a child, I liked to imagine what it would be like to one day wake up in someone else’s body,” says first author Pawel Tacikowski, a postdoctoral researcher at Karolinska Institutet in Sweden. “Many kids probably have those fantasies, and I guess I’ve never grown out of it—I just turned it into my job.”

The team from the Brain, Body, and Self Laboratory led by Henrik Ehrsson outfitted pairs of friends with goggles showing live feeds of the other person’s body from a first-person perspective. To further the illusion, they applied simultaneous touches to both participants on corresponding body parts so they could also feel what they saw in the goggles. After just a few moments, the illusion generally worked; to show that it did, the researchers threatened the friend’s body with a prop knife and found that the participant broke out into a sweat as if they were the one being threatened. “Body swapping is not a domain reserved for science fiction movies anymore,” Tacikowski says.

Participants were only made to feel like they had “woken up in someone else’s body” for a brief period of time, but that was long enough to significantly alter their self-perception. Before the body swap, participants rated their friends on traits like talkativeness, cheerfulness, independence, and confidence. Compared to this baseline, during the swap, they tended to rate themselves as more similar to the friend whose body they were in. 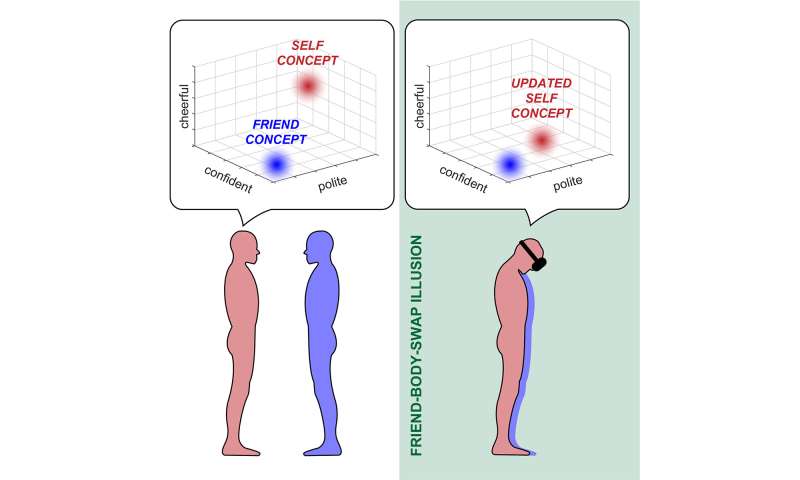 The illusion also impacted memory. “There is a well-established finding that people are better at remembering things that are related to themselves. So, we thought if we interfered with one’s self-representation during the illusion, that should generally decrease their memory performance,” says Tacikowski.

And it did: participants in the illusion generally performed worse on memory tests. More importantly, however, participants who more fully embraced their friend’s body as their own and significantly adjusted their personality ratings to match how they rated their friend performed better on the tests than those who indicated they felt disconnected from their body. The researchers say this could be because they had less “self-incoherence,” meaning that their mental and physical self-representations still aligned.

These findings may be important when looking at depersonalization disorder, where people feel an incoherence between their mental state and their bodies, and other psychiatric disorders like depression. “We show that the self-concept has the potential to change really quickly, which brings us to some potentially interesting practical implications,” says Tacikowski. “People who suffer from depression often have very rigid and negative beliefs about themselves that can be devastating to their everyday functioning. If you change this illusion slightly, it could potentially make those beliefs less rigid and less negative.”