In this perspective article, Dr. Luz Maria Garcini, Dr. Amanda Venta, and Cristina Abraham consider how the result of this year’s presidential election will impact access to healthcare in undocumented communities in the United States. 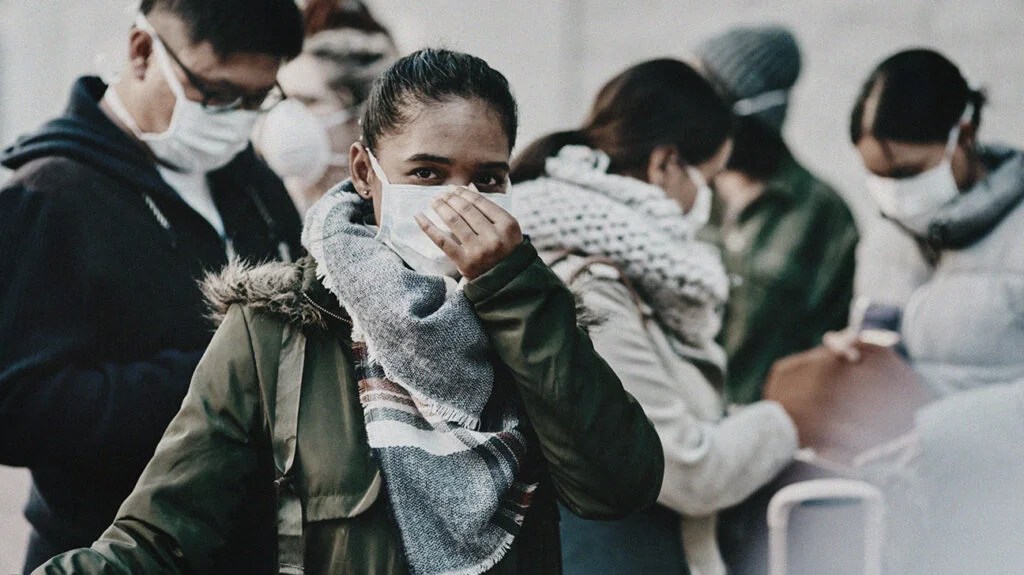 The opinions presented in this article are the authors’ and may not reflect the views of their affiliated institutions.

Last month, a record number of Americans voted to elect the next president of the United States.

While official results will not be available until the electoral college votes on December 14, 2020, the Democratic candidate and former vice president, Joe Biden, has been recognized as the unofficial winner by media outlets and many foreign governments.

The elections have been a particularly stressful time for many vulnerable communities, including millions of undocumented immigrants unable to vote. The anti-immigrant rhetoric and fearmongering over the past few years have fueled mounting uncertainty and fear among these immigrants, as well as divisiveness among people of different backgrounds.

With any incoming administration, undocumented communities face uncertainties regarding legal protections, access to services, the availability of resources and opportunities, and the ever-looming threat of deportations and family separations.

A need for ‘concrete actions’

The Democratic Party have a complex history regarding immigration policies and reforms. For instance, despite the Obama administration’s passage of the Deferred Action for Childhood Arrivals Act (DACA) — an immigration program granting temporary protection to undocumented individuals who came to the U.S. as children — the administration was criticized for their record-high deportation rates.

Furthermore, the subsequent exclusion of DACA recipients from the Affordable Care Act (ACA), a program that provides subsidies to make health insurance more affordable, left many in the community feeling abandoned and overlooked by policymakers.

Given the Democratic Party’s history of counterintuitive policies and broken promises regarding immigration, the Biden administration will have to follow through with concrete actions that align with the promises made by their political platform during the presidential campaign.

So far, Democrats have proposed to prioritize immigration reform as a key goal. The president-elect has outlined a plan for his first 100 days in office, including a number of immigration policy changes, with DACA being one.

As it currently stands, DACA is an executive branch memorandum — similar to an executive order — announced by former U.S. president Barack Obama as a temporary stopgap to defer deportations of young people.

On his first day in office, Biden has stated his intention to make DACA permanent by sending a bill to Congress. In addition, he aims to stop family separations at the U.S.-Mexico border and reunite families previously separated under the Trump administration.

Biden has also expressed his intention to reverse several policies on immigration, including stopping policies that force asylum seekers to remain in Mexico while awaiting immigration court hearings.

He also proposes to stop funding for a border wall and increase oversight of immigration enforcement to ensure the humane treatment of immigrants.

The proposed immigration policy changes may have tremendous implications for the health and well-being of undocumented immigrants and mixed-status families.

Additionally, facilitating access for undocumented immigrants and individuals currently protected by the DACA program to purchase health insurance in the public marketplace, as proposed by Biden’s planned expansion to the Affordable Care Act, is essential to reduce health risk and prevent further harm in this vulnerable population.

Lack of health insurance and undocumented legal status are well-documented barriers to healthcare use among Latinx immigrants. These are known to have detrimental consequences for their health and well-being while increasing their reliance on emergency healthcare.

In an effort to mitigate and reverse the negative impact of the pandemic on undocumented populations, the incoming administration has expressed a desire to address deeply entrenched discriminatory policies.

For instance, Biden’s plan to reverse the public charge rule, a policy that penalizes immigrants using Medicaid and certain other federally funded programs as grounds to deny legalization, is an important first step in ensuring equitable access to healthcare.

Currently, the public charge rule discourages undocumented immigrants from obtaining timely and necessary care out of fear that utilizing government services will negatively impact their ability for legalization in the future.

While this rule does not apply to COVID-19 testing and treatment, the provision has inevitably led to widespread confusion and a lowered usage of essential health services.

If undertaken, president-elect Biden’s proposed policy changes would stand to dramatically increase immigrant access to healthcare and address some of the inequities that currently exist.

Many immigrants experience significant trauma and violence throughout the migration journey, including settling and living in the U.S. Instances of depression, anxiety, and trauma-related distress are common.

Biden’s platform outlines the need to address mental health needs as part of the greater conversation around healthcare and well-being. In particular, his platform advocates for stronger efforts to enforce existing laws that promote mental health parity.

A ‘need to cooperate across party lines’

On their party platform, the Democratic National Committee (DNC) assert that every American should have access to mental health resources.

As part of this vision, they support doubling investments into community health centers in underserved regions, including increased support for mental health services.

While these policies do not mention including undocumented immigrants as potential beneficiaries, the DNC’s intention to increase funding for community health centers, alongside growing recognition of undocumented communities, may ultimately result in mental health policies that facilitate access for all people regardless of their legal status.

By legitimizing and addressing undocumented immigrants’ complex mental health needs, safety net providers will be able to build trust and provide care to address these unmet needs. Doing this requires a targeted effort to develop and train a competent workforce.

During the next presidential administration, funding to inform and address the training requirements of healthcare and community workers will be essential in developing a workforce that can effectively address the complex health needs of a considerable yet vulnerable immigrant population.

As we move forward to the next presidential era, millions of undocumented families in the U.S. will be watching the actions of the future administration, including its adherence to the promises made.

The president-elect has stated that he intends to expand the Affordable Care Act, protect DACA recipients, stop family separations at the border, reverse the public charge rule, and limit immigration enforcement activities.

While these promises show insight into undocumented immigrants’ needs, questions and uncertainty remain about the feasibility and implementation of these actions.

For the Democratic Party to regain the trust of undocumented communities and abide by their promises, policymakers will need to cooperate across party lines. In essence, the well-being of undocumented immigrants must cease to be a partisan issue and be addressed as a human rights concern with moral and ethical implications.