Living a longer and healthier life mostly comes down to habits implemented into your life which could either boost or hinder your longevity. Author Dave Asprey gave some of his top tips to helping boost your longevity.

Asprey revealed on This Morning that breakfast is not actually the most important meal of the day as many have been lead to believe.

In addition to skipping breakfast Asprey said: “It turns out if you can have an earlier dinner you might actually go 14 and even 16 hours without eating.

“If you do that one thing your chances of diabetes and stroke will go down and a reduction of diseases of ageing.”

Asprey explained: “Having dinner an hour earlier gives you one more hour when your body doesn’t have food in your stomach so your body can repair itself.”

When asked by Phillip Schofield whether people could potentially faint due to skipping breakfast, Asprey answered: “Very few people will faint if they have breakfast two hours later.” 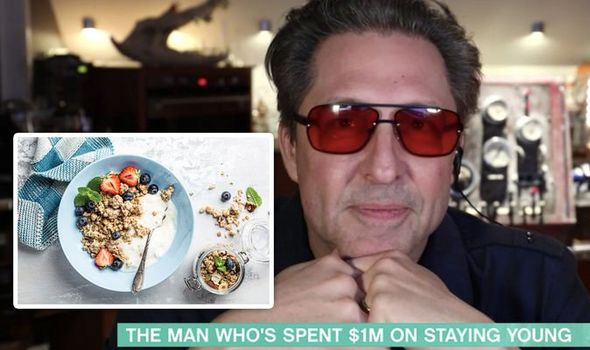 Another thing Asprey recommends to boost longevity is moving more.

Asprey advises moving 20 minutes a day which can be broken up – moving for ten minutes and then moving for another 10 minutes later on in the day.

Engaging in as little as 20 minutes of exercise a day has been proven to benefit the heart.

Studies have shown that exercising for this amount of time a day for eight years reduced all-cause mortality by 14 percent and increased life expectancy by three years.

But he revealed he doesn’t get the recommended seven to nine hours of sleep a night, he sleeps only six hours and 10 minutes.

He said: “It’s not about how long did I sleep, but about how good of a job did I [sleep] last night.”

According to Asprey, how well he slept is about how much rapid eye movement (REM) stage sleep he had, because he believes loss of REM sleep leads to ageing.

While research has not pegged lack of REM sleep as a cause of ageing, as you age you spend less of your sleep in REM. 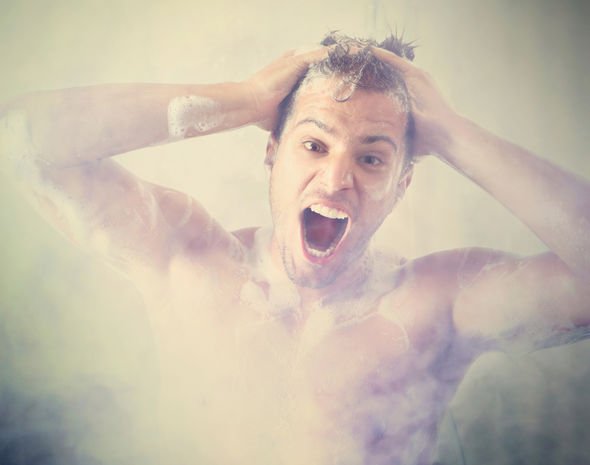 Asprey is a big enthusiast on the benefits of intermittent fasting.

Evidence is also mounting that intermittent fasting can cut risk factors associated with obesity and diabetes.

Experts say people adopting intermittent fasting regimes should gradually increase the duration and frequency of the fasting periods over the course of several months, instead of “going cold turkey.” 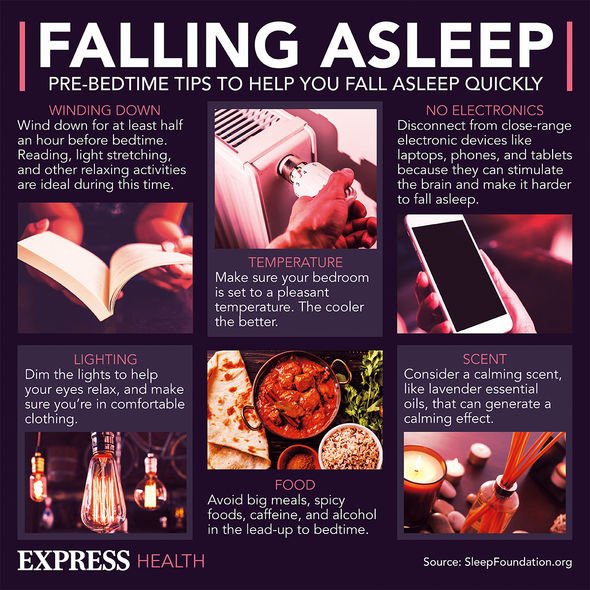 Asprey recommends a diet of keto foods which are high in fat and low in carbs for five to six days a week, then having one to two carb refeed days.

This puts the body into a state of ketosis, a natural process in which your body burns fat for energy instead of carbs.

On the carb refeed days, you’re encouraged to eat sweet potato, squash and white rice to increase your daily intake of carbs from approximately 50 grams or less to 300.

According to Asprey, the purpose of a carb refeed is to prevent the negative side effects associated with a long-term keto diet, including constipation and kidney stones.

Asprey says that by following these habits, tips and ways of eating you will not only reduce your health risks, but also boost your longevity.